Cowboys round out draft class with G Matt Farniok at No. 238 in Round 7

The Dallas Cowboys concluded their 11-man draft class by grabbing an interior lineman for the offense with the selection of Nebraska G Matt Farniok at No. 238. 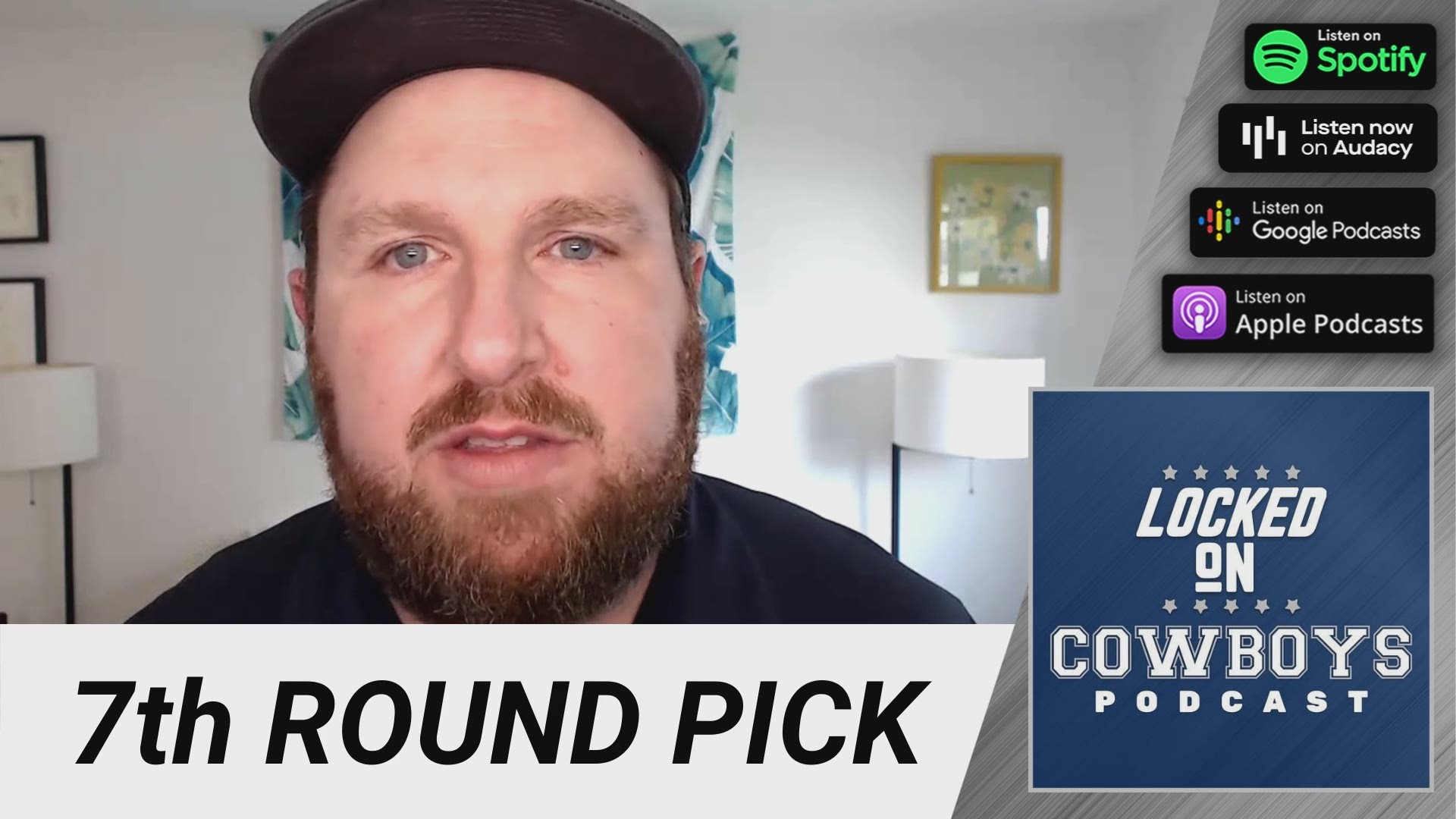 DALLAS — The Dallas Cowboys finished off their 2021 NFL draft class with the selection of former Nebraska guard Matt Farniok on Saturday afternoon.

The Cowboys were looking for depth along the interior of the offensive line. Dallas has center-guard Adam Redmond, center Tyler Biadasz, guard Zack Martin, guard Connor McGovern, and guard Connor Williams on their roster. Adding Farniok would allow the Cowboys to cultivate younger talent in the trenches, which worked to success in 2020 as Biadasz, a rookie fourth-rounder, started four games for the Cowboys at center.

Although the interior offensive line wasn't an issue, even with the loss of Joe Looney in free agency this spring, the Cowboys did have it as a target coming into the draft.

"I think, number one, you're trying to develop obviously the full roster, particularly the offensive line," coach Mike McCarthy told reporters on April 27. "I don't think you ever, ever pass on an offensive lineman particularly from a depth standpoint. Given our experience last year, that's an illustration that tells you the importance of all of the positions. It definitely changes the way you play when you lose — or the way you have to play — when you lose tackles. So, as far as the center position, the development of that whole group is something I think with 10 picks I would not be surprised if we do select a lineman in the draft."

On Day 2, the Cowboys were examining the prospect of taking an offensive lineman with one of their three Round 3 selections, which ended up being defensive end Osa Odighizuwa (No. 75), defensive end Chauncey Golston (No. 84), and cornerback Nahshon Wright (No. 99).

With their final pick, No. 238 overall, the Cowboys picked Nebraska OL Matt Farniok. He has started games at all tackle, guard and center. He was a two-time captain at Nebraska. Eight of the Cowboys 11 draft picks were on the defensive side the ball.

"We looked at a couple of situations, but decided to take the players we took," Cowboys chief operating officer Stephen Jones said at the end of day two on April 30. "We were certainly thinking, offensive lineman in particular. We wanted to take a look at receivers as well, they were in play there. As it turned out, defense ended up ruling the day.”

Farniok, a 6-foot-6-inch, 330-pound lineman, is the 11th player that the Cowboys have drafted from Nebraska in team history. The last time the Cowboys drafted a Cornhusker was in 2016 when they took defensive tackle Maliek Collins in the third round.

Now that the draft class is in the books, how do you feel the Cowboys fared? Share your thoughts with Mark on Twitter @therealmarklane.