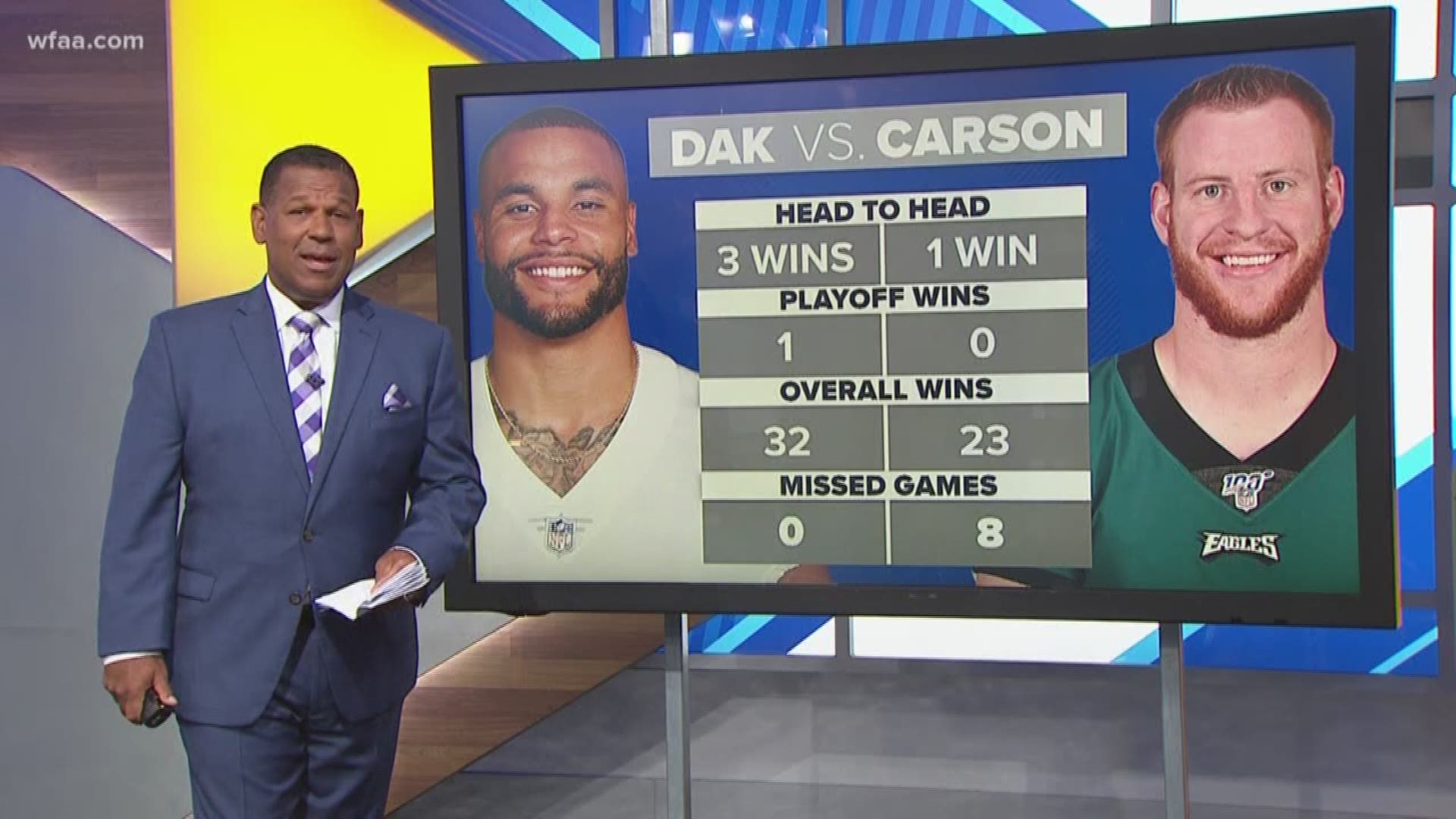 DALLAS — Quarterback Dak Prescott is entering the last year of his contract, and his play in preseason has given Dallas Cowboys owner Jerry Jones confidence heading into Week 1 of the regular season.

Prescott completed 2 of 5 passing for 22 yards and a 12-yard touchdown pass to second-year receiver Michael Gallup. After starting off with a three-and-out, Prescott led the offense to points after the defense produced a fumble of Houston Texans quarterback Deshaun Watson in the 34-0 win.

Through three preseason games, the Pro Bowl signal caller has demonstrated to the Cowboys' owner, president, and general manager that he is at full tilt heading into his fourth season.

Prescott compiled 11 completions on 14 attempts for 109 yards and a touchdown through three preseason games. Though the former Mississippi State Bulldog took a sack, he posted a 122.9 passer rating.

The consummate teammate at always, Prescott gives credit to rookie offensive coordinator Kellen Moore for helping put all of the skill positions in place to help Dallas succeed.

"Kellen has done a great job putting us in good positions, the athletes and the players in the places that we’re comfortable being," Prescott said. "Calling the right plays, getting everybody the ball where they like it."

Part of what has also helped Prescott is the diverse receiving corps from No. 1 in Amari Cooper to a seasoned veteran in Randall Cobb. Another key element is the offensive line. Even without right guard Zack Martin among the first team, the Cowboys have tremendous talent with center Travis Frederick, left guard Connor Williams, and right tackle La'el Collins to see where the club is at in the trenches.

"I think we’ve added responsibility here with our receivers our whole gambit of young receivers, second receivers, new receivers, veteran receivers, what we’ve done working with our offensive line," said Jones. "I don’t think we could have gotten anymore work done with our team."

Technically speaking, they could have gotten more work in if All-Pro running back Ezekiel Elliott had not held out of training camp and three preseason games. However, Jones has confidence the two-time NFL rushing champion will be ready for the New York Giants in Week 1.

"Specifically Zeke is such a player and knows what we’re doing," said Jones.

And that Elliott presumably is aware of how the new-wrinkle offense with Moore as the play-caller functions is what generates excitement throughout the organization, from the owner down to the franchise quarterback on his expiring rookie deal.

"I’m just excited for where we’re going to go," Prescott said. "This team is coming together, this team is strong, this team is excited — a lot of youth, a lot of energy. It’s just fun to be apart of."

If the Cowboys can translate the youth and energy into wins, then 2019 should prove to be a fun year for Dallas.

Do you think Dak Prescott will step forward as a passer for the Cowboys in 2019? Share your thoughts on Dak's most important season yet with Mark on Twitter @therealmarklane.