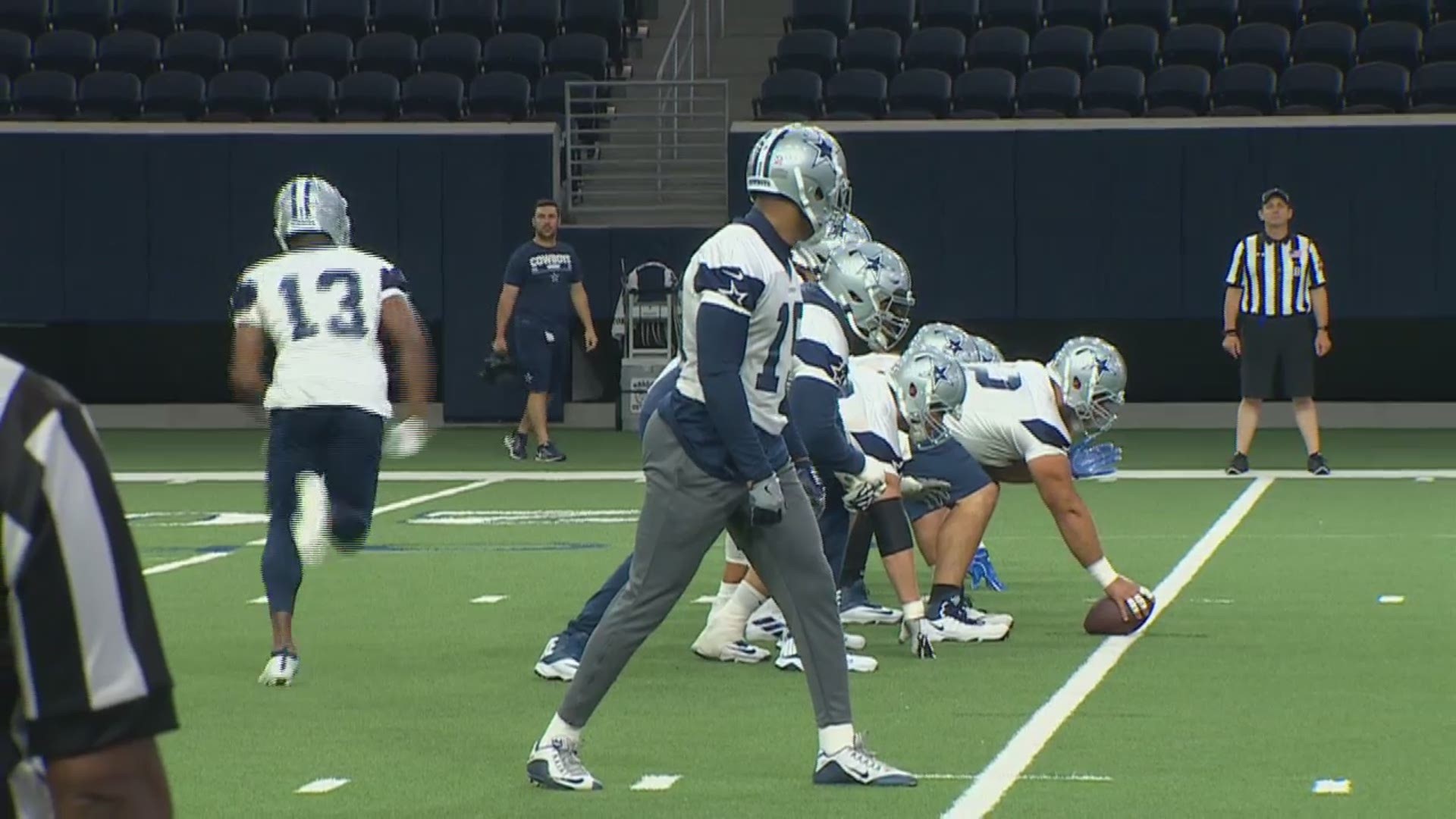 DALLAS — Though getting bounced out of the playoffs is always a disappointing way to finish a season, it does setup for a hopeful offseason. The Dallas Cowboys are excited about the changes they have made since their 30-22 loss to the Los Angeles Rams in the 2018 NFC divisional playoffs.

The Cowboys skill positions remain the same with quarterback Dak Prescott entering a contract season and running back Ezekiel Elliott coming off of his second rushing title in three NFL seasons.

The leadership group got a boost with All-Pro center Travis Frederick recovered from his Guillain-Barré syndrome that claimed his entire 2018 season. The offensive line will benefit from his leadership on the field, even though it never left the sidelines or the meeting rooms last year.

RELATED: Travis Frederick wants to help Cowboys in comeback, not be just another guy

"To me, it’s important to do everything that I can to help our team," Frederick said. "It excites me and invigorates me every day to come into work and see the guys that we have on our team. It’s exciting."

The offensive line seeks to protect Prescott, who sustained 56 sacks in 2018, the second-most in the NFL. Some of those sacks can also be attributed to Prescott as he sought extra time to find his receivers. Dallas promoted his quarterbacks coach, Kellen Moore, to offensive coordinator and brought in former Dallas backup Jon Kitna to be Prescott's new position coach.

"I think it’s good to have a new voice for Dak, someone who again I think believes in the things that we believe in but maybe can present it a little differently," coach Jason Garrett said. "Hopefully that resonates with Dak and the other quarterbacks. Dak, like all quarterbacks, you’re constantly refining your technique. I think that’s the No. 1 job of a quarterback coach."

With improved footwork on Prescott's part, it should also help him to better connect with downfield targets such as Pro Bowl receiver Amari Cooper and second-year sensation wideout Michael Gallup. Prescott will also have another reliable target in tight end Jason Witten, who has come out of retirement for his 16th season to help a young team on the cusp.

The young Cowboys are just as youthful as their offensive coordinator. Moore got the promotion in January after the club parted ways with Scott Linehan, who held the role since 2014 and also worked with Moore in Detroit from 2012-13.

The legendary field general from Boise State may be in his first year as coordinator, and second year overall as a coach in the NFL, but the offense already has his respect.

What Prescott truly appreciates about Moore is his canvassing of talent on what plays they would like to incorporate; what fits their skills the best.

Said Prescott: "He wants to know what we want to do, and he wants to incorporate it into his plan. When you have a guy like that that's asking a player first how can I help, how can I make this situation better, this game better, you're going to have a lot of success."

While the Cowboys offense has had high attendance for their offseason program and organized team activities, the bonding off the field also plays a role in the chemistry on offense. Frederick, a Cowboys first-round pick from 2013, can't recall the cohesion the team has formed over the 2019 offseason.

"I haven’t been around a group like that, not only pure talent but just how much people like each other," said Frederick. "We were talking about it earlier, there’s been more trips and get-togethers and weddings and groups of guys that just go out and do stuff in the offseason than I’ve ever seen before and it’s not forced.

"Nobody is saying, you have to be at this event. You got to do that. Guys really enjoy being around each other and I think that’s going to suit us well as we get into the hard times of the season."

Until the hard times of the season hit, which they will given the club has not made consecutive postseason appearances since 2006-07 nor repeated as NFC East champions since 1995-96, there is plenty of excitement to go around.

Do you feel like the Cowboys can have one of the best offenses in the league in 2019? Share your thoughts on Prescott and the gang with Mark on Twitter @therealmarklane.