Cowboys Hash Marks: Cheese is binding for Dallas after 34-24 loss to Packers 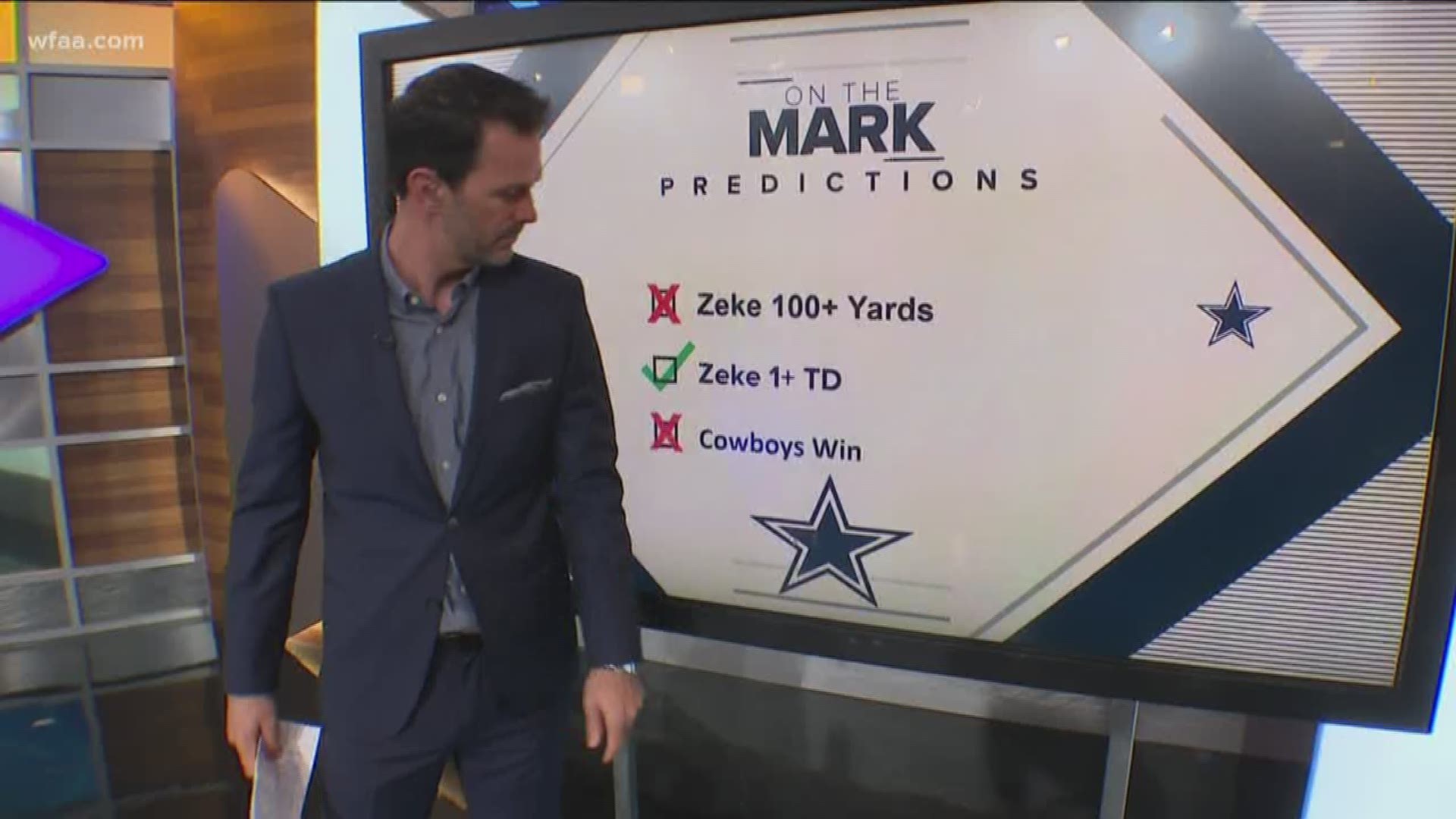 DALLAS — Only the most ardent Green Bay Packers fan or the most faithful of Dallas Cowboys haters foresaw the home side at AT&T Stadium falling down as far as 31-3 with 3:34 to go in the third quarter. Nonetheless, even though the Cowboys battled back to a 34-24 final score, the 28-point deficit represented how flat Dallas was and how nonexistent their execution was during the formative portions of the ballgame.

Moral victories have no factor in winning percentage (in fact, ties actually count as half-wins), but what the Cowboys demonstrated Sunday as Aaron Rodgers improved to 4-0 lifetime at AT&T Stadium is that the team still won't succumb to losing and quit on coach Jason Garrett.

Zeke who? ⁠— The Philadelphia Eagles in Week 4 fell down as far as 10-0 against the Packers at Lambeau Field on a Thursday night. Still, the Eagles offense stayed committed to the run. The Cowboys were chased out of the run after the Packers established a 14-0 lead with seven seconds left in the first quarter.

RELATED: Monday Night Football is on WFAA on November 4th

Dallas was unable to get the run game going and resorted to quarterback Dak Prescott slinging it to have a chance against Green Bay. To be fair, on the second drive where Prescott threw an interception, the ensuing drive after Aaron Jones scored his second rushing touchdown, receiver Tavon Austin's holding penalty got them behind the chains.

Dallas chose to pass their way out of it, and that is when Prescott threw his second of the game. The Cowboys eventually did get their two-time NFL rushing champion going with 12 carries for 62 yards and a touchdown along with two catches for 29 yards. But by that point, it was too late for him to have an impact on the complexion of the game.

In the three previous games with Green Bay in the Elliott era, he had gone over 100 yards rushing, and his influence on the game is what led Dallas to control it and either win it, as was the case in the 2016 regular season at Lambeau Field, or lose in heartbreaking fashion, as was in the case in the 2016 divisional playoffs and 2017 regular season. Elliott not having a presence is what helped the game get out of hand.

The Gallup Effect ⁠— Receiver Amari Cooper produced six catches for 106 yards and a touchdown in Week 1 versus the New York Giants. He didn’t see another game over 100 yards receiving until Sunday when No. 2 wideout Michael Gallup was back and healthy after missing the last two and a half games.

Gallup has taken a stride in his second season that allows him to command some attention from defenses, which opens up more opportunities for Cooper. The former Colorado State product caught seven passes for 113 yards and a touchdown. Meanwhile, Cooper exploded with 11 catches for 226 yards and a score on 14 targets. In New Orleans, the Saints were able to lock down Cooper with Marshon Lattimore and challenged the rest of the Dallas receiving corps to beat them.

In Washington, it was the same concept, and a receiver did when Devin Smith took one to the house. If the same strategy is employed with Gallup on the field, Gallup has proven, even in his limited amount of work, that he can make an impact, which then allows Cooper to get his opportunities. Though the output came in a losing effort and with Prescott chucking three interceptions, the production from Gallup and Cooper should be encouraging going forward.

Leighton Vander Ick ⁠— ⁠The second-year linebacker from Boise State had a dreadful performance, arguably his worst game of the season. There was a correlation between Jones producing 107 yards and four touchdowns on 19 carries. Dallas admittedly was eighth in the NFL coming into Week 5 in yards per carry allowed at 4.9, but some of that had to do with the Saquon Barkley effect from Week 1. Also consider that Jones had a 3.3 yards per carry coming into Week 5, and he had a 100-yard rushing game in Week 2. Outside of that, Jones' three other games didn't even have him going over 40 yards rushing.

Give Vander Esch a bad game, and it allowed Jones to run all over the Cowboys defense. That isn’t to say that Vander Esch is even great yet, as he's only played 23 career games to this point, playoffs included, but even the greats struggle. Why was Michael Irvin able to catch nine passes for 130 yards and a touchdown to lead the Cowboys past undefeated,11-0 Washington at RFK Stadium? Because Hall of Fame cornerback Darrell Green was having an uncharacteristically bad game, and that partly led to the 24-21 upset by Dallas on Nov. 24, 1991.

In the same vein, if Vander Esch is on point as he has shown through the majority of his 23 games, Jones is curtailed and Dallas has more of a chance.

The October Surprise ⁠— The Cowboys were 3-0 two weeks ago, and the Eagles were 1-2. Dallas seemed like they were going to run away with the division, especially with the way New York and Washington were struggling to get out of the division basement. Two weeks later, and the Eagles and Cowboys are tied for first place at 3-2 apiece. It just goes to show you can't decide divisions (except maybe the AFC East, sorry, 4-1 Bills Mafia) after the first quarter of a season.

However, they get easier to decide by after all of the Halloween candy has been munched. Since 2016, there have only been two teams that weren't in the catbird seat in their respective divisions by November 1 that later went on to take the title: the 2018 Cowboys and the 2018 Ravens.

Consider that both leaders at the time, Philadelphia and Pittsburgh, had personnel issues near the end of the year and the second-place teams started sizzling. Dallas has to get consistent and start beating the cream of the conference or else they will be fighting for a wild-card spot, and their two losses in the conference don't help in that endeavor.

The schadenfreude ⁠— Washington fired coach Jay Gruden early Monday morning. It makes the second time in the Dan Snyder ownership that he has fired a coach midseason. Snyder also ties franchise founder George Preston Marshall for the most interim coaches in his tenure with two, but consider that Marshall's interim rate was once every 19 seasons. Snyder has a higher rate at 10.5 seasons.

The firing of Gruden also ensures that Snyder will hire his eighth full-time coach by the start of the 2020 season, which would be second to Marshall's 15. Nonetheless, the eighth full-time coaches hired by Washington since 2000 are the most in the NFC East. Just remember that when you think you have it bad, somebody else has it worse.

Do you think the Cowboys will be able to recover from Sunday’s blowout loss to the Packers? Share your thoughts on Dallas’ status with Mark on Twitter @therealmarklane.

RELATED: Was the Dallas Cowboys’ loss merely a defensive struggle?