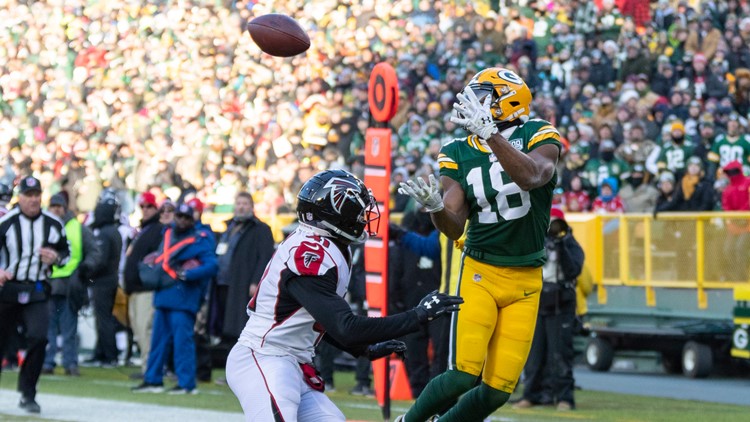 The Dallas Cowboys are continuing their pursuit of wide receiver help through the offseason following Cole Beasley’s departure via free agency. As reported by ESPN’s Todd Archer, the team plans to bring in Randall Cobb for a visit. The former Packer has been a big part of the offense in Green Bay with Aaron Rodgers but his availability due to injuries has made him a question mark.

Despite the fact that Cobb has participated in one more NFL season than Beasley, Cobb has only appeared in two more games but he has been a far more productive player. Cobb has accumulated 151 more receptions for 2,253 yards and 18 touchdowns. The 18 scores almost doubles Beasley’s touchdown production. Not only has Cobb eclipsed Beasley in receiving statistics, he is also a threat to run the ball as well.

Cobb is only slightly taller than Beasley but he can do more than just win from the slot. Cobb has spent his time in the league as a guy that can be moved around to create a mismatch against defenders. The ability to cause havoc is where this would be an intriguing move if he is willing to take a lesser deal to play for the Cowboys.

The Cowboys haven’t had a productive returner in some time and that is an area where Cobb was very productive for the Packers early on in his career. As his role in the offense increased, he wasn’t asked to return very often. That might be an area where the Cowboys could use him but again, but with his injury history would the Cowboys want to risk it?

The one thing Dallas will miss from Beasley is his route running and the ability to move the chains. Cobb is very much a technician when it comes to running routes and he could find a similar role with Dak Prescott. He has physical limitations just as Beasley did but if the Dallas offense can allow him to use his skills, Cobb could very much fill the void left by Beasley.

The addition of Cobb would make the offense more dynamic and give them the flexibility to create mismatches. Should the team look to add him given that he has missed so much time over his career? They have a similar player in Tavon Austin lined up to return next season. The risk should be worth it and it would almost certainly remove any thought of further addressing wide receiver over the rest of the offseason with the room becoming crowded once again.

Do you think that Randall Cobb would be a match for the Cowboys or should they consider looking at different options, including the NFL Draft? Share your thoughts with Patrick @DraftCowboys.