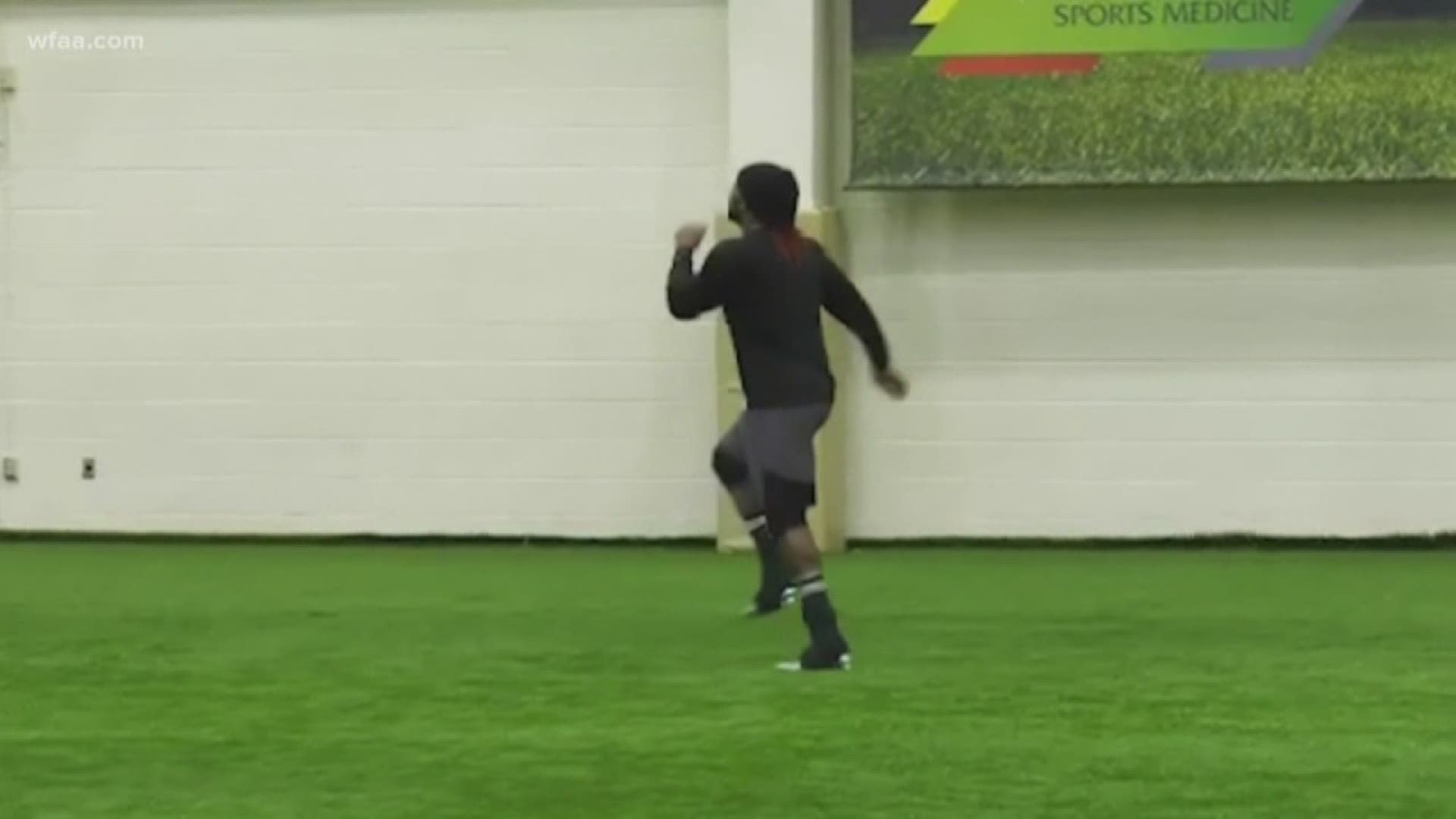 Cowboys wide receiver Allen Hurns was in surgery late Saturday night after being carted off the field with a gruesome ankle injury he suffered during the Cowboys' wild card playoff game.

Owner and general manager Jerry Jones said Hurns was "probably in surgery at this time" after the game Saturday night, according to the Associated Press.

With about seven-and-a-half minutes left in the first quarter, Hurns hauled in a 14-yard pass from Dak Prescott. As Seahawks safety Bradley McDougald brought him to the turf, though, Hurns' left ankle got twisted up and could be seen on a broadcast replay breaking under the weight of his body.

Before Hurns left the playing field on a stretcher, both benches cleared as players from both teams wished the first-year Cowboy well.

Classy move by Cowboys, Seahawks benches coming to wish WR Allen Hurns well before he was carted off pic.twitter.com/7BkY2rLWl2

Hurns, obviously ruled out for the game, gave a thumbs-up on his way off the field, but was visibly in pain. His ankle was put in an inflatable cast before he was put on a stretcher.

Support for Hurns, who is well-liked among the media and in the Cowboys' locker room, poured in from around the sports world.

All of AT&T Stadium showing support for Allen Hurns while he was being carted off the field with an injury. pic.twitter.com/ihZdflxKUl

Prayers up for Hurns I think he Broke his leg 🙏🏿

Damn! Pretty hard to watch that injury to the @dallascowboys WR Allen Hurns. Don’t wish that on anyone. God Bless that brother, wishing him a full recovery. Damn!

A press box full of grizzled, veteran reporters here at AT&T Stadium all audibly gasped at the replay of Allen Hurns ankle injury.

The play can be seen in full below or here.

WARNING: The video is rather grisly and not for the faint of heart.

The full play of the #Cowboys Allen Hurns injury

He's getting carted off the field pic.twitter.com/0kBfF8SD53