A Dallas Cowboys digital team staffer was forced to make good with a grueling payoff to wager. 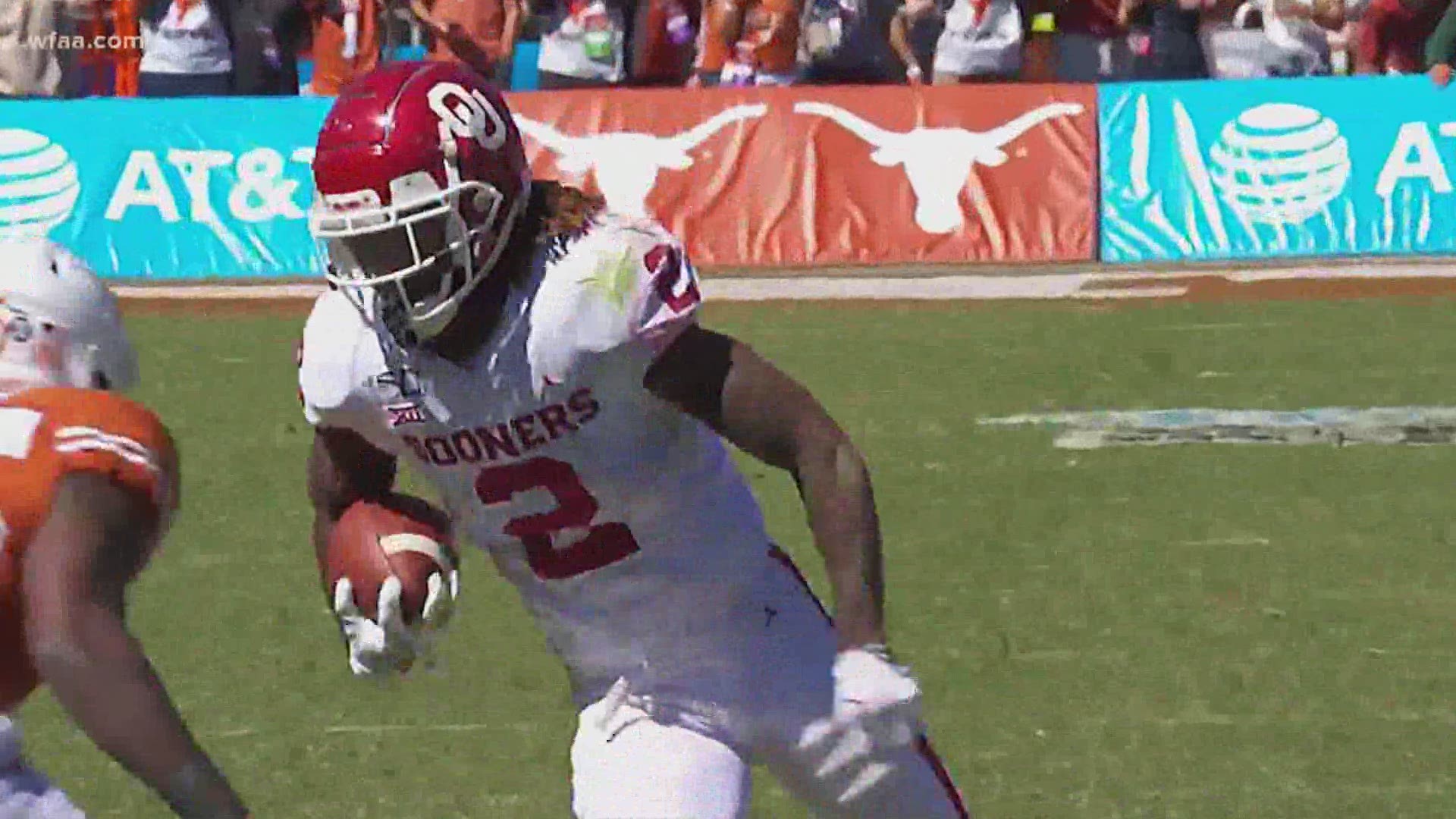 FRISCO, Texas — It was the steal of the draft that sent Cowboys nation into a frenzy. But the pick that made so many Cowboys fans rejoice in relatively fashion had a much different effect on Cowboys' Draft Show host Kyle Youmans.

"It took about two minutes for that elation and excitement to subside,” said Youmans, knowing, "Oh man I’ve got to pay this up.”

In the run-up to the draft, Youmans, like so many who follow and study the draft, was more than confident that Oklahoma receiver CeeDee Lamb wouldn’t be available once the Cowboys got on the clock.

"I sent out a tweet about three weeks ago,” he said on the Cowboys online draft show after Dallas made their pick, "This might be the dumbest thing I’ve ever done."

The tweet, which was an answer to a fan wanted to know how interested the Cowboys would be in Lamb.

Well, as you know, it turned out to be a foot-in-mouth moment. But Youmans was determined to make good on his promise.

So, he went from foot-in-the-mouth to feet-on-the-pavement. The route from his apartment to The Star covers about 6.6 miles.

"I wasn’t running for time, but I was running for survival,” said Youmans, more concerned with avoiding injury than anything else.

But at least he got a near-perfect day for what turned out to be literally the longest run of his life. He’d never eclipsed the 10-mile mark in a single run.

"God really must be a Cowboys fan because he gave me 75 degrees, cloudy and a little bit of mist along the way,” he said in a social media post when he reached The Star, the halfway point of his journey.

Once Youmans got to the Star, WFAA Sports got it on good authority that there was an offer made to give him a ride back home. But to Youmans' credit, he stayed true to his word and kept his promise.

When all was said and done, he covered 13.2 miles. That’s more than a half marathon. He finished the run in just less than three hours, lesson learned.

"First thing I learned is don’t make a bet at all on Twitter because it’s going to blow back up on you,” he said.

Don’t feel bad Youmans you’re not the first; certainly won’t be the last.

Besides if Lamb makes good on his promise as Youmans did, Cowboys nation is really on to something.

Youmans' final social media post from the day of his run ended on a light note, "I’m going to eat a big ole lunch, sleep for a little while, and maybe never run again in my life."