Acting gunshy on Adams could prove costly for Dallas Cowboys

The Dallas Cowboys had an opportunity to make a statement by acquiring New York Jets safety Jamal Adams but they uncharacteristically didn’t pull the trigger. 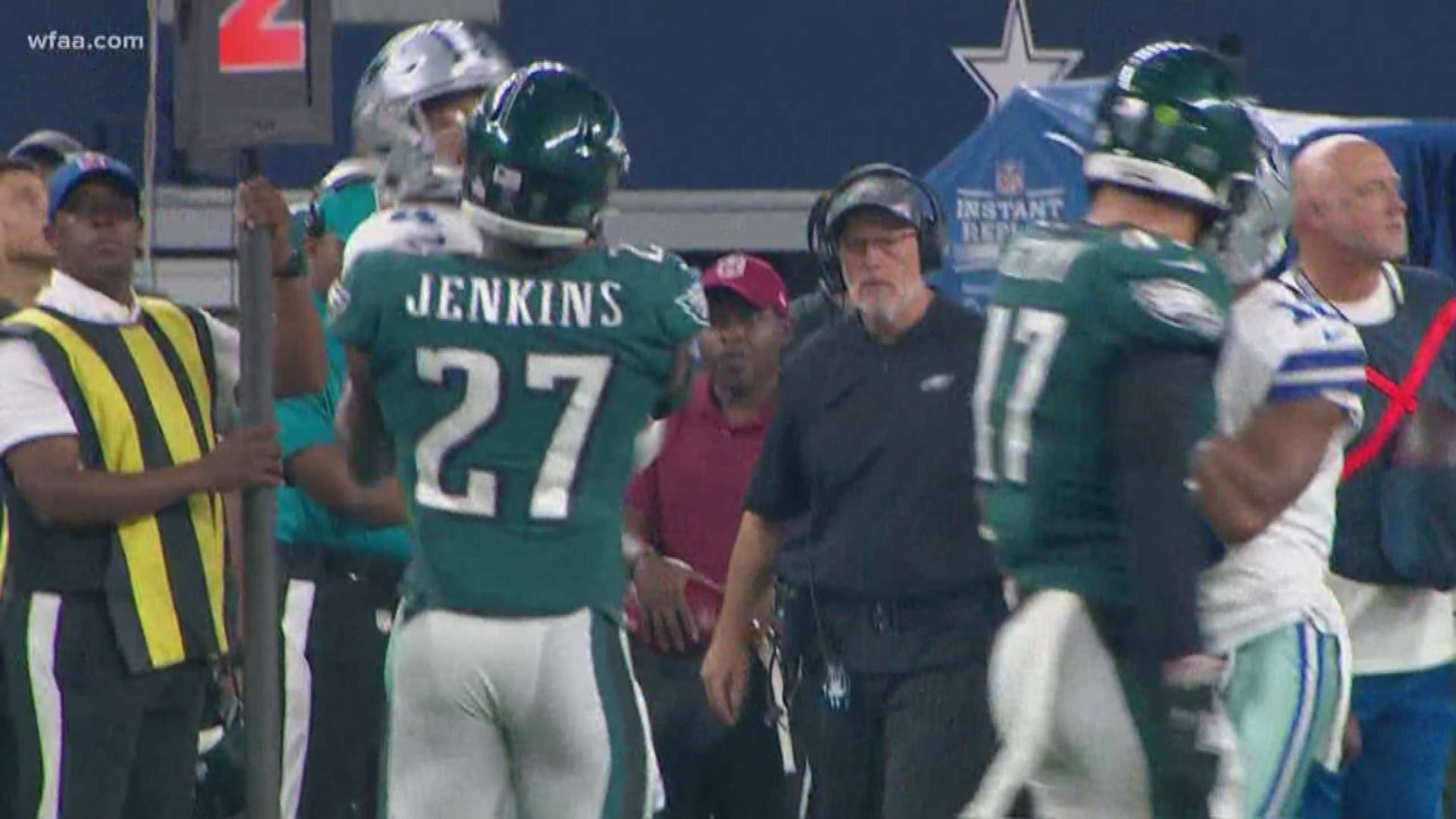 DALLAS — On May 8, 2014, the Dallas Cowboys used their first-round pick to make a safe move in offensive lineman Zack Martin from Notre Dame.

At that point in franchise history, quarterback Tony Romo was 34 years old and coming off of his second back surgery in two years, and his 2013 season ended a game early with a herniated disc.

The Cowboys needed to find some answers for a quarterback, a successor to Romo, and they blew it by passing on Texas A&M's Johnny Manziel, who was right there for the taking.

"There's only one thing I wanna say ⁠— I'd have never bought the Cowboys had I made the kinda decision that I just made right now," Jones said in a profile piece by ESPN's Don Van Natta via NFL.com. "You need to drive across the water rather than lay up. And we laid up for this one. ... We just didn't get here makin' this kind of decision."

Make no mistake: the Cowboys laid up at the trade deadline in not pulling the trigger for Jamal Adams. It goes against the grain of what the franchise has been about since Jones bought the team in 1989.

In 1989, the Cowboys drove across the water and traded Herschel Walker to the Minnesota Vikings for draft picks and players that could be converted in draft picks. While the rest of the NFL and their mouthpieces said the wildcatting Arkie and his buddy from college were foolish to trade a Pro Bowl running back for a handful of veterans, Jones and Jimmy Johnson saw they had just procured concrete and rebar to lay the foundation for their championship teams.

In 1992, the Cowboys drove across the water and traded a 1993 second-round pick and a 1994 third-round pick to the San Francisco 49ers right near the end of preseason for a crazy, mercurial edge defender in San Francisco who had two Pro Bowls and an All-Pro selection to his credit. But the dynamic pass rusher was fighting with 49ers head coach George Seifert and quarterback Steve Young. Dallas acquired Charles Haley and he was the catalyst to their defense that helped them win three Super Bowls over the next four years.

In 1995, the Cowboys drove across the water and signed cornerback Deion Sanders to a contract so huge that Stephen Jones threw Jerry up against the wall in anger. However, they had a need as No. 1 cornerback Kevin Smith tore his Achilles in Week 1 in a 35-0 win over the New York Giants on Monday Night Football. Adding Sanders was the missing piece for their '95 Super Bowl run, and his ability to play some receiver for Dallas in '96 was an excellent bridge as receiver Michael Irvin served a five-game suspension to start the next season.

In 2018, eight days to go before the trade deadline, the Cowboys drove across the water and sent a first-round pick to the Oakland Raiders for Amari Cooper. They recognized their receiver by committee approach wasn't working, and they had to make drastic changes over the bye week to rescue their 3-4 season as Washington was running away with the NFC East at 5-2. Cooper saved the Cowboys' season as they went 7-2 down the stretch, won the NFC East, and added the franchise's 35th postseason victory.

The Cowboys had a need to fill along the defensive line when Tyrone Crawford injured his hip and was out for the year. They traded with the New England Patriots for Michael Bennett, who not only fills Crawford's role, but can do it better.

Dallas has a need in the back end. They need a playmaking safety they haven't had since the NFL outlawed the horse-collar tackle and squelched Roy Williams' career. They could have had it Adams.

Right now, Dallas is tied for the fifth-fewest interceptions in the NFL with three. They are smack dab in the middle for pass breakups with 32. While it is true the defense has the 12th-lowest opposing passer rating in the league at 89.0, the New York Jets trail them at 89.1. How much better could the Cowboys be if they had Adams as a part of their defense?

Adams has an 82.0 passer rating. Xavier Woods, who Adams would have been teamed up with, has a 67.3. The guy who Adams would be replacing, Jeff Heath, as a 104.4. While Heath is a fan favorite, he is the nouveau Bill Bates: he works better as part of a rotation rather than one of the main starters on the back end.

Why the Cowboys did not take Adams is because the prevailing philosophy at The Star that is replacing Jerry's "driving across the water" is to win the future.

Pocketing the first-round and third-round pick, and whatever else the Jets were rightfully asking, is winning the future; vice president of player personnel Will McClay can draft them out of it. But if McClay is working with less blue chips than usual, can he? The Cowboys want to keep together a perpetually competitive team. Maybe one year, some year, it will be their shot to win it all.

Dallas is 3-0 in the division, but they are 1-3 outside of the NFC East on the year and pulling up the rear among division leaders at 4-3. The wild-card game route seems to be where the Cowboys are headed for the second straight year, if they have enough in the second half to get them there.

While it is possible to come from that far of a playoff starting point into the NFL's final four, it isn't easy, and having a playmaking safety such as Adams would have made Dallas a dangerous road team no one wanted to face in January.

At least they have their draft picks.

Do you think the Cowboys made the right decision by passing on Adams or do you think they missed the chance to take their shot? Share your thoughts on the deadline decision with Mark on Twitter @therealmarklane.