The Dallas Renegades will kick off their season after the NFL Super Bowl and will play their home games at Globe Life Park in Arlington. 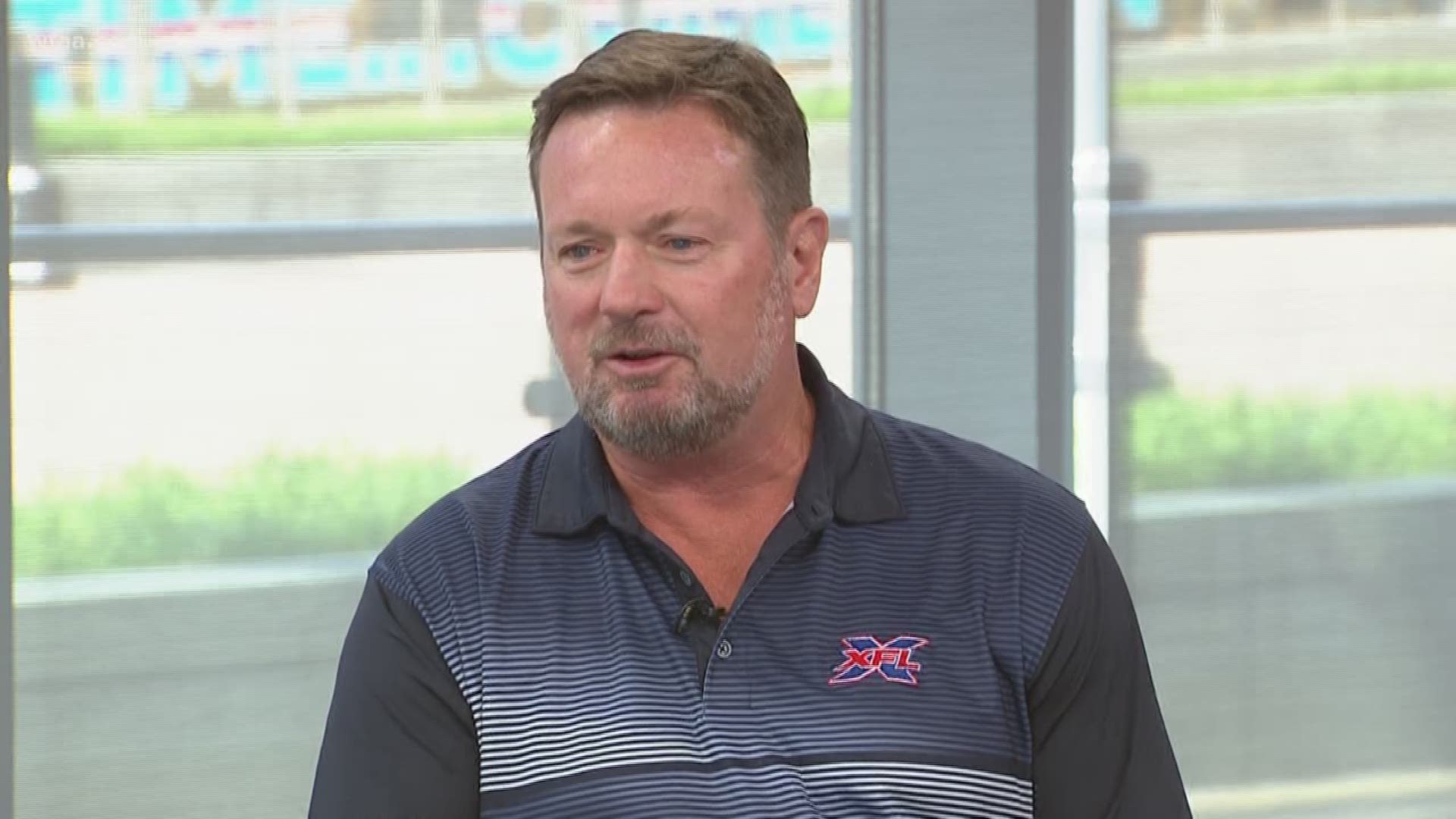 DALLAS — Football season will now stretch into the months of winter for fans in North Texas, because a new XFL team called the Dallas Renegades, is coming to town.

Stoops is the winningest coach in the storied history of Oklahoma football, tallying a 190-48 record in his 17 years with the program.

The former college coach is coming out of retirement for the new gig and says he can't wait to tackle the next chapter in his football career.

The team names were revealed during a presentation on the XFL website.

Shortly after the announcement, WFAA reporter Jonah Javad sat down with Stoops and asked the legendary coach why he made the decision to return to the sidelines.

"Two things. One, I had a little bit too much time on my hands. And two, it's a great opportunity. I love the Dallas area. Everybody up through Oklahoma loves their football. Just the timing of it all fit me just right," Stoops said.

Stoops coached at OU for nearly 20 years before retiring in June 2017. He joked around that retirement is overrated and that you can only do so much golfing and fishing.

"Especially in December, January, February and March — not the best for golf. It's the perfect setup for me right now. When you've [coached] your whole life... when you're not in it, it's hard to fill up the space and fill up the time," Stoops said.

The XFL season will consist of 10 games and will launch its season in February, the week after the NFL Super Bowl.

The Dallas Renegades will play their home games at Globe Life Park in Arlington.

Stoops, however, is already welcoming a good 'ole Texas football rivalry from the XFL team down south in Houston.

"You've got to have a rivalry in Texas," he said laughing.

Stoops was a part of one of the nation's greatest rivalries from 1999-2016: the Red River Showdown between Texas and Oklahoma.

Players for the relaunched league will be drafted in mid-October. Stoops say the roster will consist of last 20-30 players guys cut from each NFL team.

The league announced in 2017 that it was coming back after it went one season in 2001 before shutting down. The XFL recently signed former Oklahoma and Pittsburgh Steelers quarterback Landry Jones as its first player and had a session in California with coaches to go over rules.

Stoops believes this time around, the league has found its recipe for success.

"Vince McMahon (XFL owner), Oliver Luck (XFL commissioner), our leadership. They're setup for the long-haul. We've got TV contracts that are really solid and excellent. They've taken their time putting it together...  I think we're set up in a better way to have this be viable for a great number of years," Stoops said.