Duggan finished with a career-best 273 yards passing against the Big 12's worse pass defense and ran for a clinching score late. 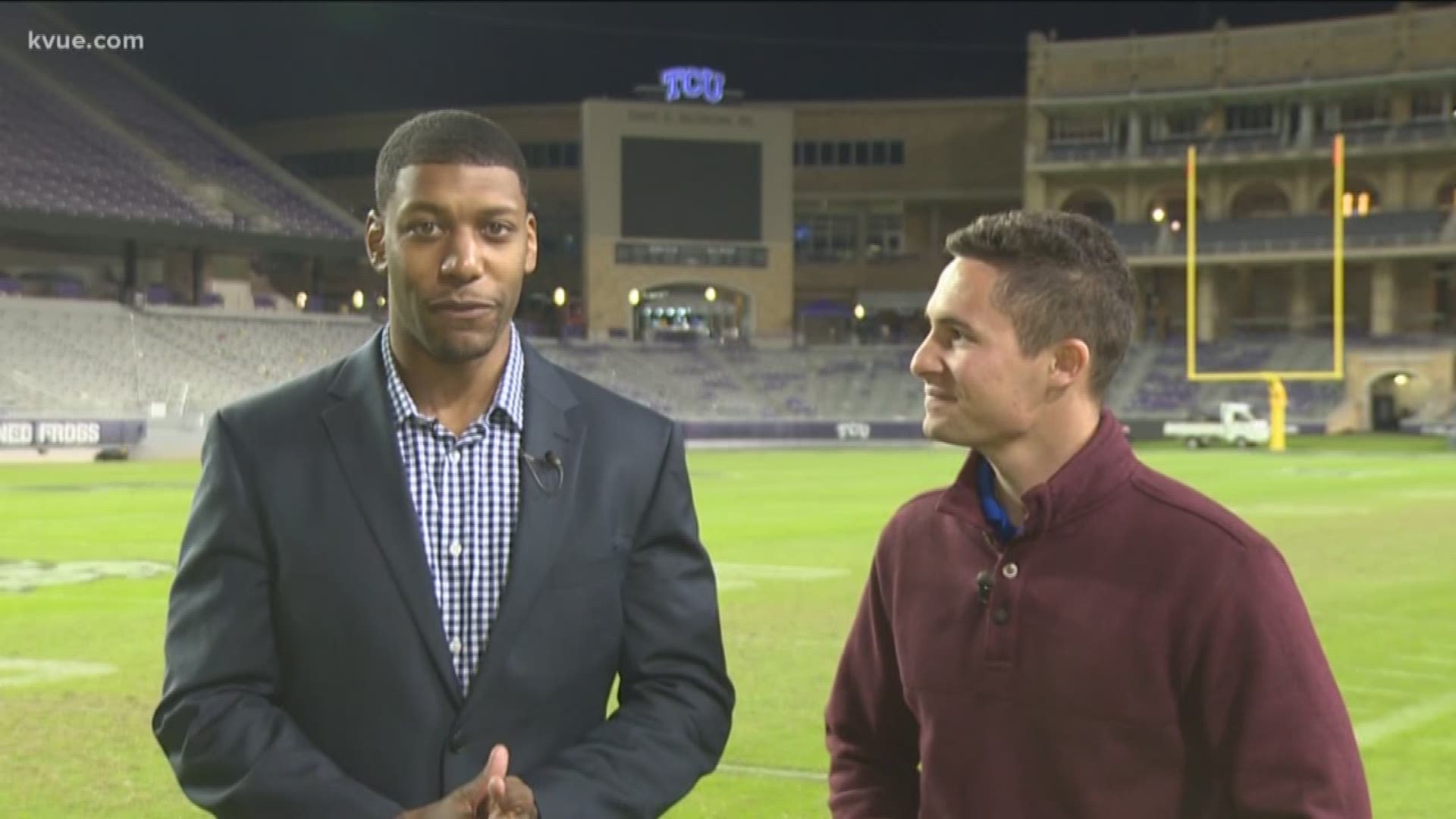 FORT WORTH, Texas — (AP) — Freshman Max Duggan threw two touchdown passes, including a tiebreaking 44-yarder to Jalen Reagor the first play after one of Sam Ehlinger's career-high four interceptions, and TCU beat No. 15 Texas 37-27 on Saturday.

Duggan finished with a career-best 273 yards passing against the Big 12's worse pass defense and ran for a clinching score late as the Horned Frogs (4-3, 2-2 Big 12) bounced back from consecutive conference road losses. Duggan led TCU with 72 yards rushing.

The Longhorns (5-3, 3-2) lost a third straight game in Fort Worth for the first time since the 1940s. It was the fifth win in six tries against Texas for the Horned Frogs, which includes their first four-game winning streak in the series since the 1930s.

Can you beat the KVUE Sports team in a Texas Longhorns pick 'em? Submit your predictions here.

Here's a look into 120-plus years of Texas Longhorns vs. TCU Horned Frogs history

After Texas pulled within three with 6:50 remaining, Duggan converted two long third downs with completions, including a 36-yarder to Taye Barber with a defender right in his face to set up his 11-yard TD run.

Duggan's first college interception in the first quarter ended a streak of 143 passes without one, the second-longest in TCU history behind Jeff Ballard (154 in 2006). But Ehlinger gave it right back with his first pick, which was TCU's first takeaway in four games.

Reagor easily ran past D'Shawn Jamison for his longest completion of the season right after Ar'Darius Washington cut off Jake Smith's path on a crossing route for the interception.

Trevon Moehrig grabbed TCU's third interception at the Texas 36 on the last play of the third quarter, leading to Song's 33-yard field goal for a 30-20 lead.

Ehlinger threw for 321 yards and two touchdowns, and Devin Duvernay had a career-high 173 yards receiving. 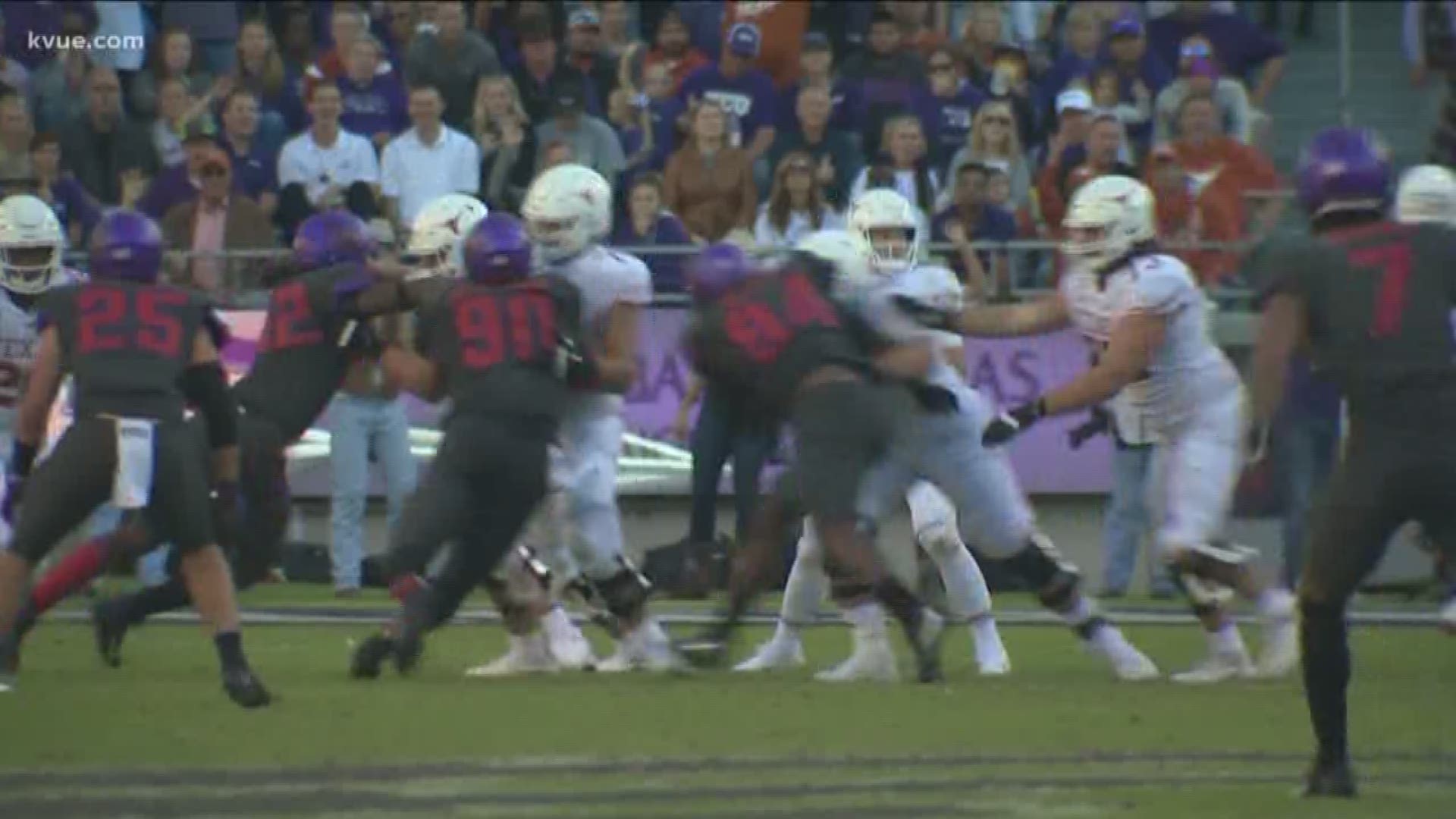 Texas: This might be the biggest soul-searching loss in Herman's three seasons, coming a week after the Longhorns avoided an embarrassing defeat with a field goal on the final play to beat Kansas 50-48. Texas didn't trail until Reagor's TD, and didn't do enough to respond after that.

TCU: Duggan went a long way toward securing the starting job long-term. Before all the big plays he made late, Duggan escaped the grasp of Malcolm Roach in the end zone and ran for a first down on third-and-9 in the first half.

Texas: A week off, then Kansas State at home Nov. 9.

TCU: At Oklahoma State next Saturday.