In response to the tweet posted by linebacker Dylan Jordan, several TCU players came to Patterson's defense, while others supported Jordan. 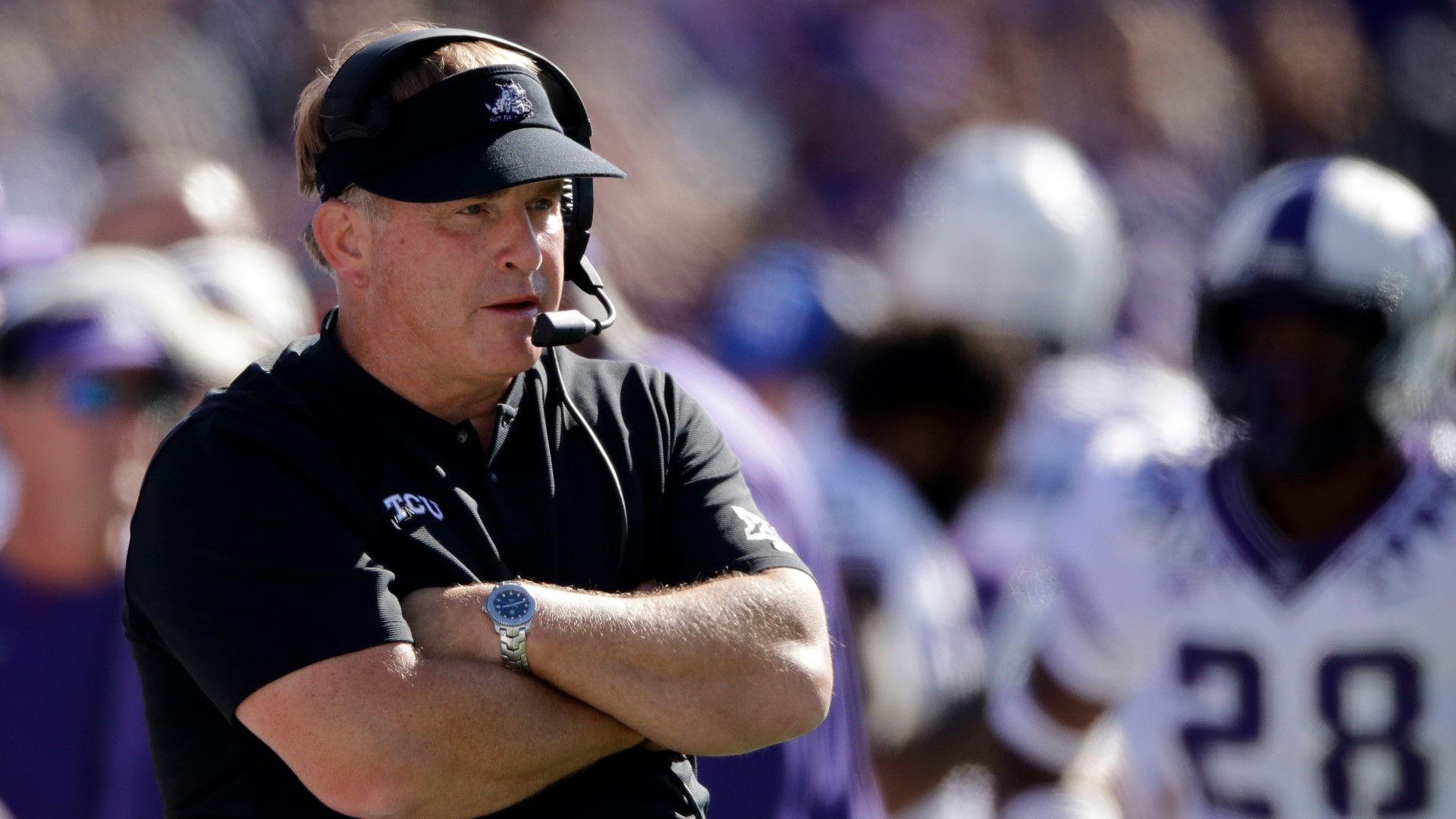 Updated at 10:12 a.m. Tuesday to include reaction from the head coach.

The head football coach at TCU has apologized for using a racial slur, one day after a player accused him of using it on Sunday.

Head coach Gary Patterson said he met with seniors and the team's leadership council Monday night about how to move forward, in a statement released in a tweet.

"I apologize for the use of a word that, in any context, is unacceptable," Patterson said in the statement. "I have always encouraged our players to do better and be better and I must live by the same standards."

Linebacker Dylan Jordan, a sophomore from Pittsburg, Kan., tweeted Monday afternoon about an interaction with Patterson over a tweet Jordan had sent about his girlfriend. During that disagreement, Jordan says Patterson called him a "brat," and said "I'll send you back to Pitt."

When Jordan replied asking what he did wrong, Patterson allegedly said "You've been saying 'n-----' in the meeting room."

Jordan says that other players on the team asked Monday morning if the interaction had indeed taken place, and Jordan says he confirmed it.  As a result, Jordan says the players boycotted TCU practice on Monday.

In response to the tweet posted by Jordan, several TCU players came to Patterson's defense, while others supported Jordan.

Artayvious Lynn posted a series of tweets explaining that Patterson's use of the word was not directed at any individual person, but rather in the context of telling players they shouldn't use the word. In a since-deleted tweet, Lynn said that "the word shouldn’t be used in any form or fashion but Dylan['s] WRONG for making it seem that" Patterson directed it at a player.

TCU's lone statement on the issue was to TCU 360, the student news site. Chancellor Victor Boschini is quoted in TCU 360 saying that Patterson "did not use the word against any individual, or group for that matter, on the team. He said it trying to ask the players not to use it anymore. He has since apologized for doing so in this manner and said it was a teachable moment for him and many others."