UT and OU will face off as teams ranked outside of the top 20 for only the second time since 2000. 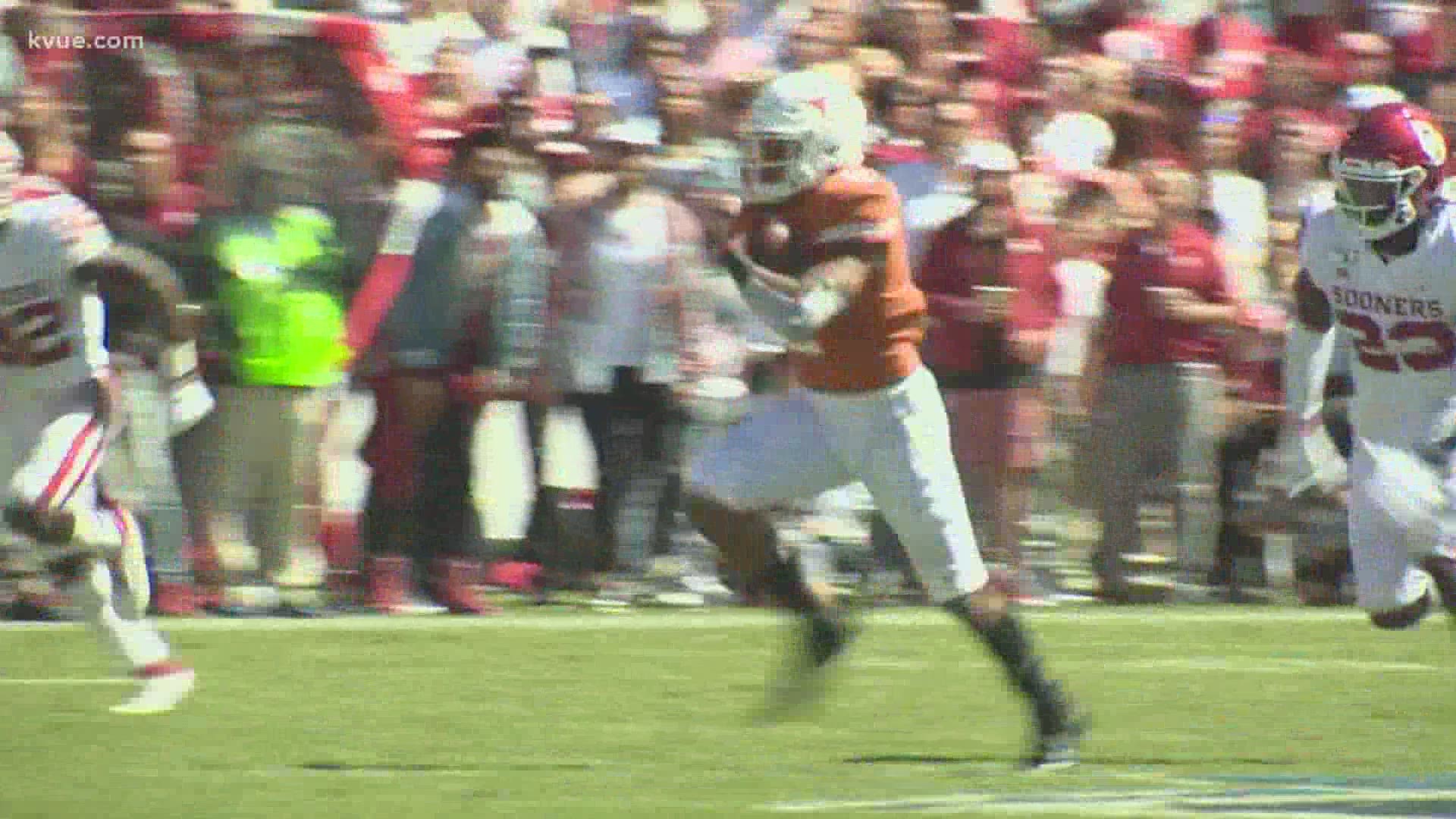 AUSTIN, Texas — When the year started, Texas and Oklahoma were both top 15 ranked teams.

By week three, both teams were ranked in the top 10. Everything pointed to a premiere top 10 showdown between the Longhorns and Sooners.

In typical 2020 fashion, the world turned upside down for both the Longhorns and Sooners. Entering game week for the Red River Showdown, Texas has fallen to No. 22 and Oklahoma has fallen completely out of the top 25 altogether.

Not exactly the matchup everyone expected going into the season, but here we are.

Red River Showdown: The history behind the Texas-Oklahoma rivalry

Who do the Texas Longhorns play next? Here is the football team's 2020 schedule.

Saturday's Red River Showdown will be only the second time in the past 20 years where both teams enter the rivalry game ranked outside of the top 20. The other time this happened was in 2016, when Oklahoma was ranked No. 20 and Texas was unranked. Oklahoma won that game, 45-40.

Texas head coach Tom Herman told the media Monday he believes the rivalry will still be a marquee matchup, despite the records.

"Does it lose any luster? No," Herman said. "In my opinion, this is the best rivalry in college football. This is still Texas-Oklahoma, and it always will be."

Even though the teams will both be ranked as low as they've ever been in recent years, history tells us the rivalry game should come down to the wire. The past six Red River Showdowns have been decided by one possession:

Texas leads the overall series against Oklahoma 62-48-5. For a deeper look at the history of the Red River Showdown, click here. Even though the game is still on, the State Fair of Texas was canceled earlier this year.

WATCH: The history of the Red River Showdown

Where does each Texas college football team rank in its conference?