Football student-athletes will be allowed back on campus and inside team facilities in mid-June. 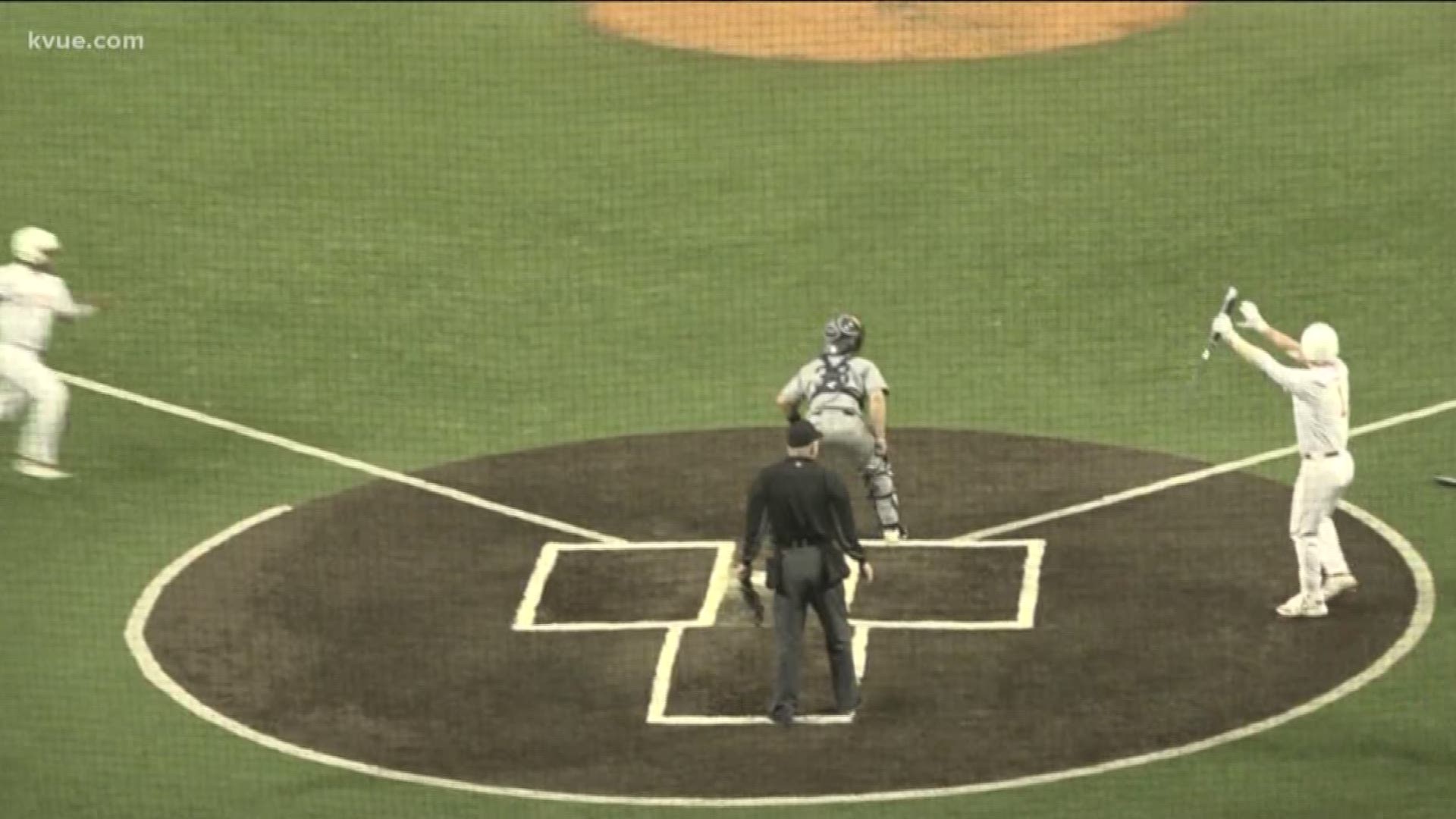 AUSTIN, Texas — It's a small step, but it's an important step.

On Friday night, the Big 12 announced its plan to allow football student-athletes back on campus starting June 15 for voluntary workouts.

In the Conference Board of Directors "phase in" plan, football players will be granted facility use in the middle of June, while volleyball, soccer and cross country athletes will be allowed to return on July 1.

All other sports may return to campus for voluntary sport-related activities July 15.

"This phased approach is intended to permit gradual adoption of best practices for mitigation of COVID-19 as well as ensuring a safe environment and appropriately prepared facilities," the board said in a statement. "Until these dates, the Conference’s activities policy that was scheduled to sunset May 31 remains in effect for all Big 12 student-athletes."

The announcement comes on the same day the SEC announced its plan to allow football players inside team facilities starting June 8.

The NCAA said on Friday, schools could begin holding voluntary workouts as early as June 1 if they so desired.

College athletics have been on hold since mid-May due to the COVID-19 pandemic.

No start date for training camp has been determined, though Texas Athletic director Chris Del Conte has continued to express optimism in regards to the season starting on time.

“We remain optimistic and are continuing to plan for football this season, and this is another positive step towards preparing for that," he said on Friday. "We’ve also been working on plans, procedures and health and safety measures in order to get student-athletes on campus. Given the approval today by the Big 12 and our campus that we can bring football student-athletes back for voluntary workouts with our strength & conditioning staff on June 15, the wheels are now fully in motion to begin preparations for that.”

NCAA allowing Division I schools to spend below minimum on scholarships

All Big 12 schools intend to open in the fall, giving football hope

Big 12 commissioner Bob Bowlsby has gone as far as saying he's confident fans will be able to attend games this season as well.

"It really depends on how things go between now and then," Bowlsby said during a 30-minute interview Friday with SiriusXM’s Big 12 Radio. "I think it’s fair to ask the question: if it’s safe for the kids to be on the field in close contact to one another, why wouldn’t it be safe for fans to be in the stands at social distance?"

Texas coaches have recently been allowed back inside their offices at Darrell K. Royal-Memorial Stadium. Allowing players to use the weight room for strength and conditioning training is the next step.

The university has said it will announce its formal plans for the fall semester by the end of June.

This hospital got $121K in COVID-19 relief money. It's been closed for almost 1 year.