The Baylor Bears secured their first berth in 71 years with a win over Arkansas Monday night. They will face Houston, which beat Oregon State, on Saturday. 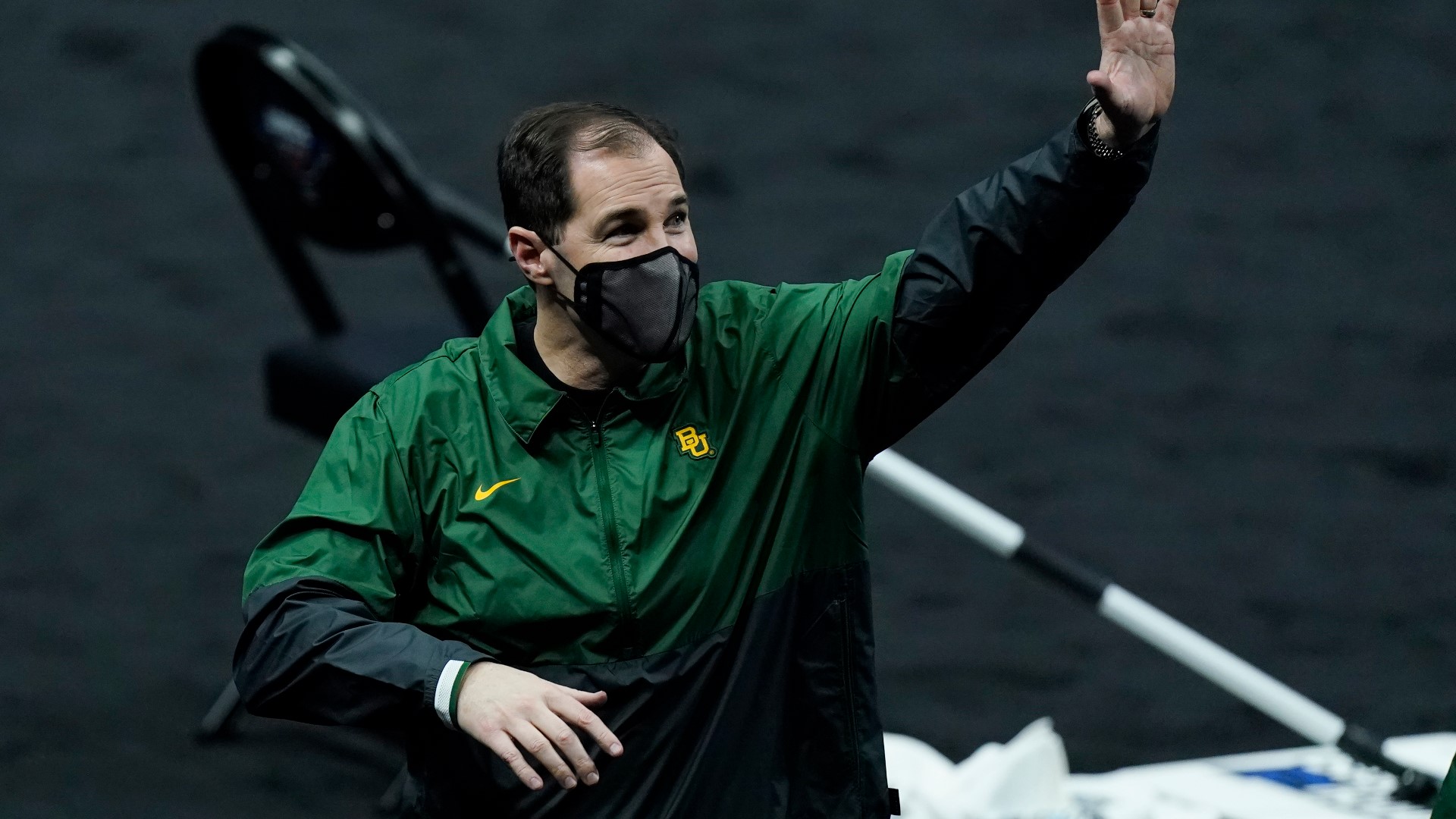 INDIANAPOLIS — For the first time ever, there are two Texas teams in the NCAA men's Final Four.

The Baylor Bears secured their first berth since 1950 with a win over Arkansas 81-72 in the South Region Final on Monday night.

Baylor more than lived up to its top-seeded billing, pulling away from No. 3 Arkansas early and then again the second the game got uncomfortably close.

The Bears booked a spot in the Final Four come Saturday against No. 2 Houston, which had a much tougher time shaking free from 11th-seeded Oregon State.

The Bears' win was more commanding than it looked; even opposing coach Eric Musselman conceded, “they played phenomenal tonight.”

Coach Scott Drew, who took over a beleaguered Baylor program in 2003, has two previous Elite Eight appearances with the Bears, but had never made it to the final weekend of play.

Scott Drew and that Baylor program have come a long, long way. This is a huge moment for that program, and proof positive of what he and his players have built there.

In Monday's matchup with the No. 3-seed Razorbacks, MaCio Teague led the No. 1-seed Bears with 22 points and Jared Butler added 14.

Baylor got off to a quick start, leading by as many as 18 in the game before Arkansas made a run as Davion Mitchell left the game with three fouls in the first half.

The lead dwindled to four in the second half before timely shots, including back-to-back 3's from Teague, built it back to double digits.

Earlier in the evening, No. 2 Houston defeated No. 12 Oregon State 67-61 to advance to the Final Four in the Midwest region. It's the Cougars' first visit in 27 years.

For the first time since 1984, @UHCougarMBK is headed to the Final 4! Let’s do this, Coogs! 🏀 #ForTheCity #MarchMadness pic.twitter.com/wtmg9MVpw0

Baylor will face Houston in the National Semifinal on Saturday, as two Texas teams are in the Final Four in the same year for the first time.

The last two Final Four teams will be determined Tuesday night, as No. 1 Gonzaga takes on No. 6 USC in the West region, and No. 1 Michigan takes on No. 11 UCLA in the East.