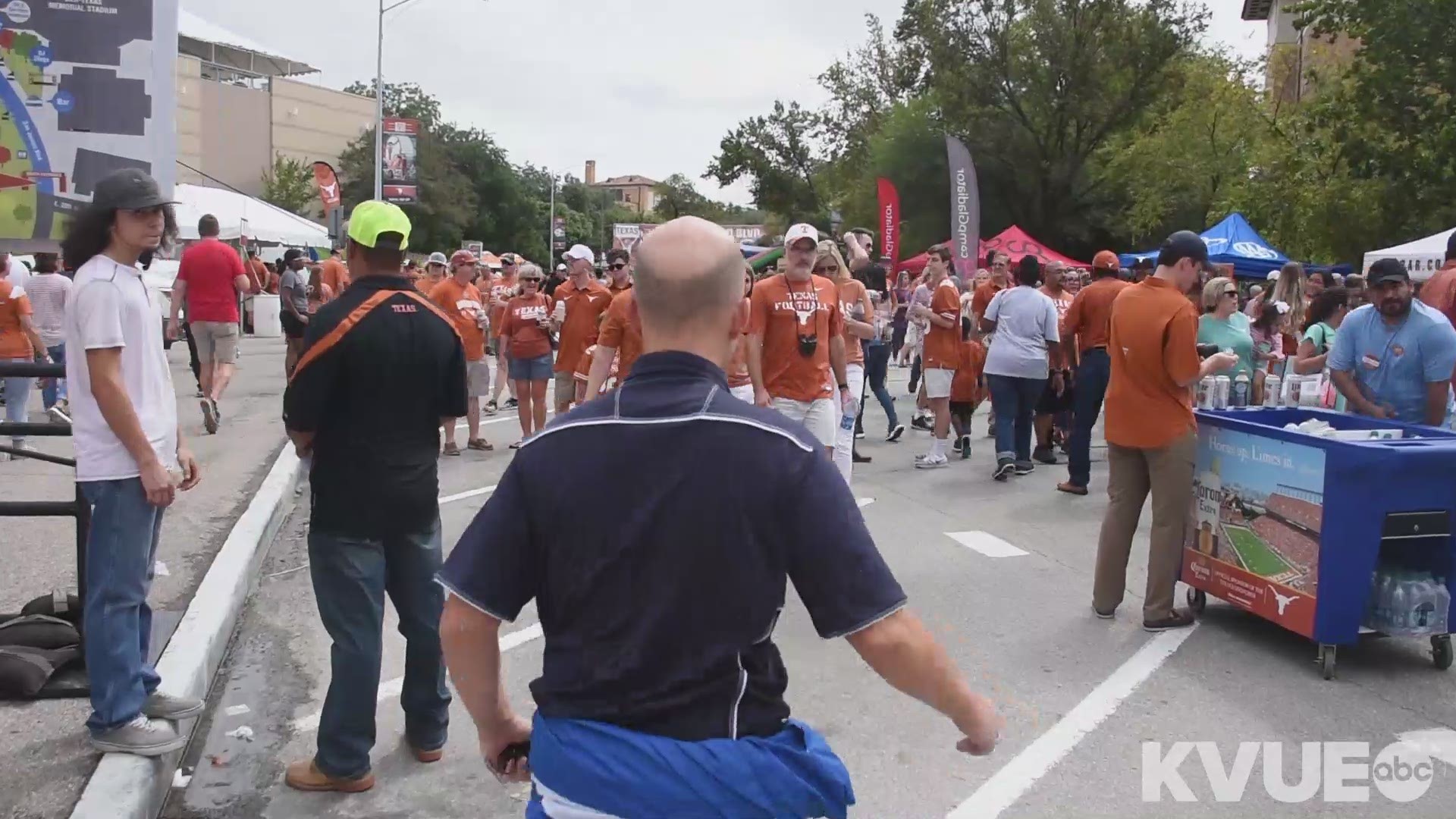 AUSTIN, Texas — It's no secret that UT fans are passionate about their Longhorns football, as they tailgate hours before the game begins. In a lighthearted effort to play to the Longhorn fan hype, KVUE's Shawn Clynch and Paul Livengood set out to test the knowledge of the Texas fan base regarding UT football history and its opponent that week.

For the third episode of Texas Tailgate Trivia, Clynch and Livengood asked UT fans some questions about the Longhorns and their opponent, the TCU Horned Frogs.

Question 1: How many times has Texas defeated TCU in Austin since the Horned Frogs became a member of the Big 12 Conference?

Question 2: Which Longhorns receiver led Texas with 120 yards and a touchdown in the 2013 meeting in Fort Worth, which included a three-and-a-half hour weather delay?

Question 3: Who was TCU's quarterback when the Longhorns last beat TCU in Austin? (Hint: It happened over a decade ago)

WATCH THE REST OF THE SERIES HERE: http://bit.ly/2xr2Sxk