Texas Longhorns to honor Cedric Benson with No. 32 helmet sticker

"Lids are ready," Texas Football tweeted on Monday, along with photos of the new helmet decals. 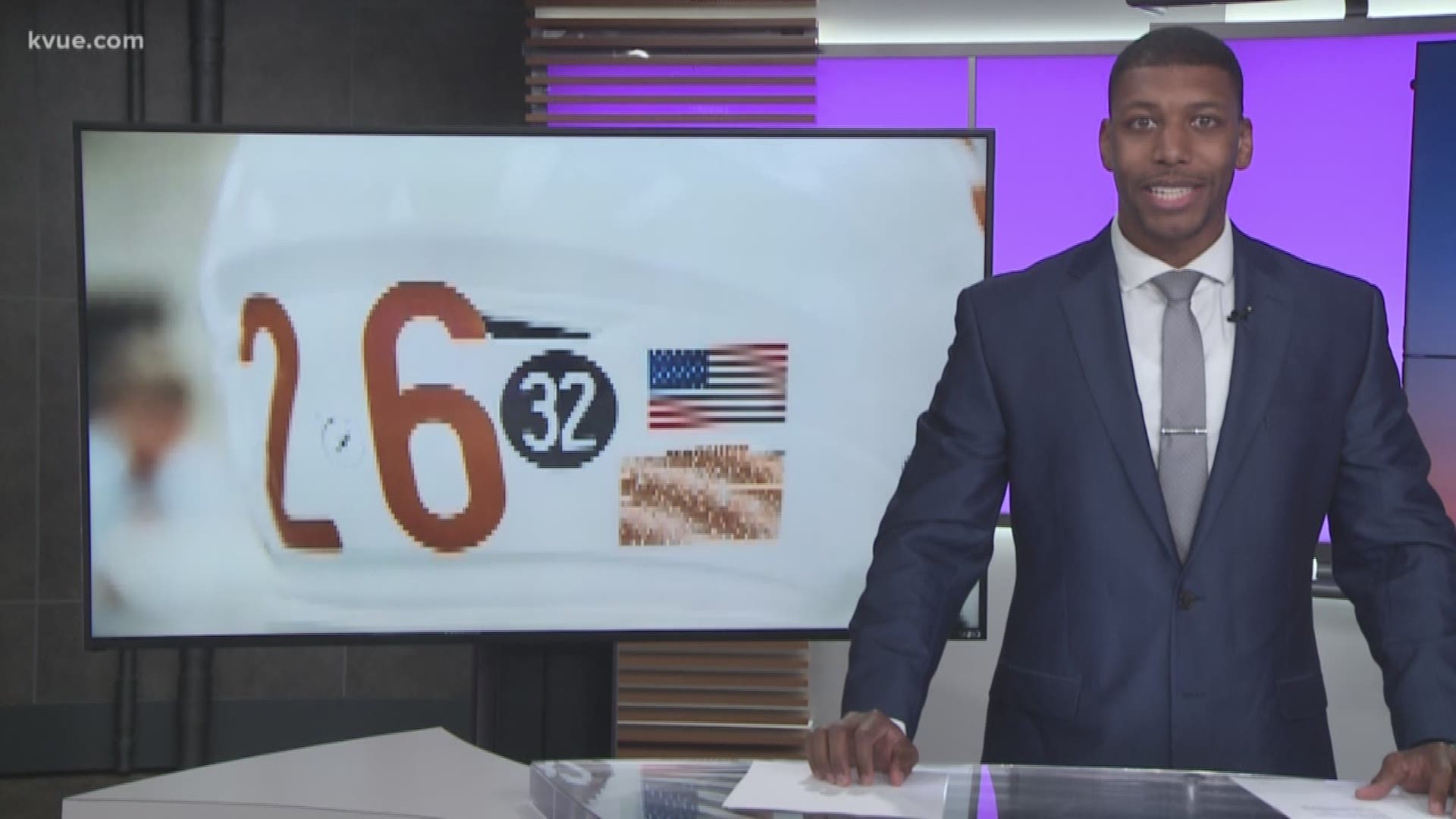 AUSTIN, Texas — This football season, one small sticker on the Texas Longhorns' helmets will carry a huge meaning.

Texas Football on Monday tweeted the news that they will be honoring former Texas Longhorn Cedric Benson with a black "32" helmet decal.

"Lids are ready," Texas Football tweeted, along with photos of the new addition.

Benson and his passenger, Aamna Najam, were killed earlier this month when their motorcycle collided with an SUV at the intersection of RM 2222 and Mount Bonnell Road. Benson was 36 years old, Najam was 27.

Benson sported No. 32 when he played as running back with the Longhorns, and for the teams he played for in the NFL.

Benson was a four-year starter for the Texas Longhorns football team and received the Doak Walker Award as the country's top running back in 2004. He was a consensus All-American.

Cedric Benson funeral service to be held Saturday in Austin

In the 2005 NFL Draft, Benson was drafted fourth overall by the Chicago Bears, signing a five-year, $35 million contract.

In September 2008, Benson went on to play for the Cincinnati Bengals, where he stayed until 2012 when he signed with the Green Bay Packers.

The Longhorn Republic podcast called him "one of the greatest running backs in the storied history of backs at the University of Texas."

"Cedric was one of the best who's ever played here," Texas head coach Tom Herman said at a press conference on Monday. "He's going to be missed by a lot. I thought our former players did a really good job of showing up to the funeral and paying their respects, but we're thinking and praying for his family."

'I've been in tears all day.' Former Longhorns full back Will Matthews remembers teammate Cedric Benson