Sarkisian: Texas-Texas A&M 'would be great for the state of Texas' 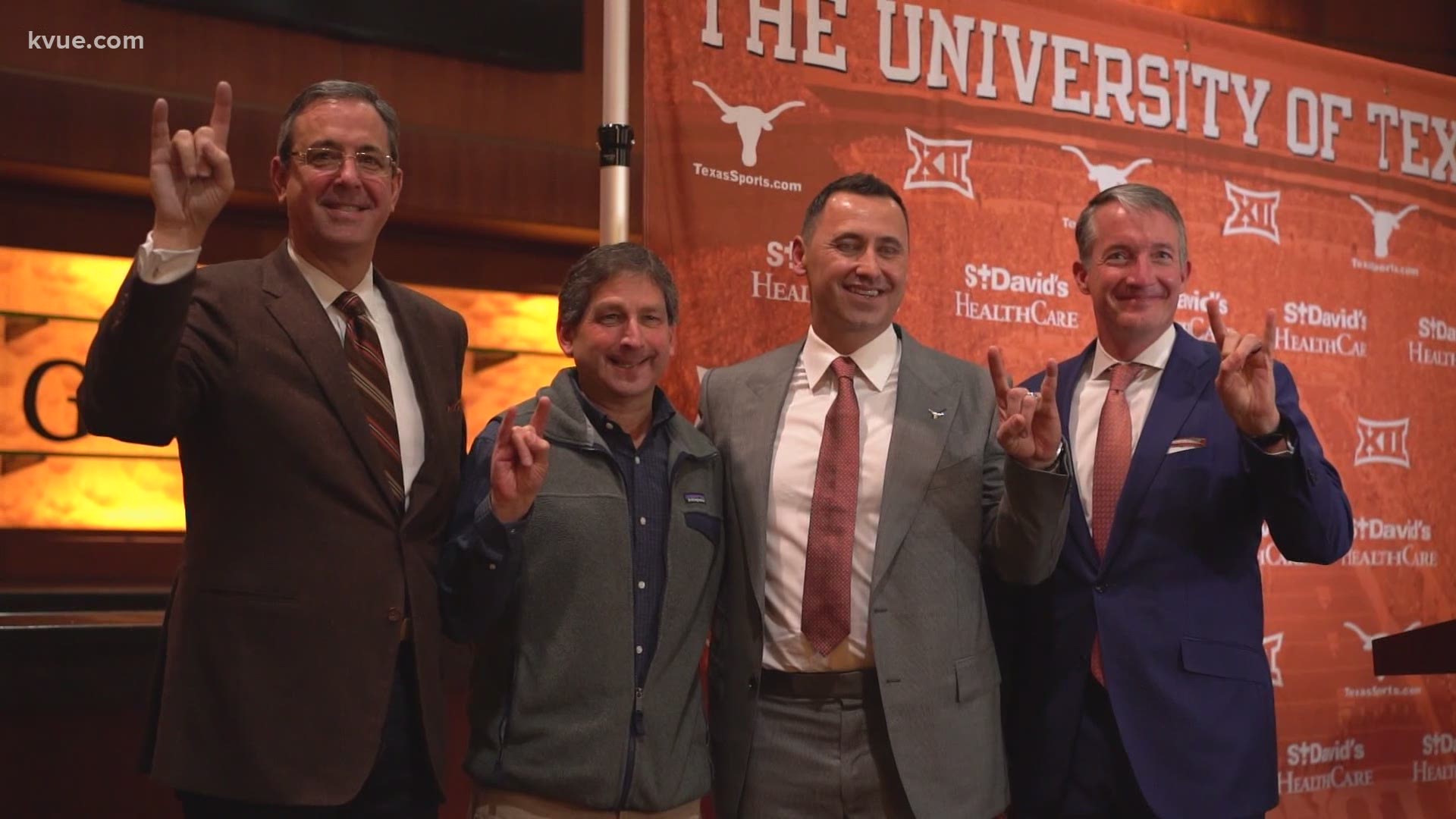 AUSTIN, Texas — In Tuesday's introductory press conference, Texas Longhorns head coach Steve Sarkisian covered a lot of topics, including one sure to catch the eye of Texas diehards: bringing back the rivalry with Texas A&M.

When asked about the Longhorns-Aggies rivalry, Sarkisian said he would love to bring Texas A&M back to UT's schedule, if possible.

"I would love to play that game," Sarkisian said. "I think it would be great for the state of Texas. I would look forward to it."

UT and Texas A&M have not played against each other since 2011, a 27-25 Longhorns win that featured a game-winning field goal by Justin Tucker.

Texas A&M left the Big 12 to join the Southeastern Conference (SEC) and the two programs have never played since then.

Back in November of 2019, KVUE Sports Director Jeff Jones sat down with the athletic directors for both universities to ask about this same topic. Would Texas and Texas A&M ever play each other again?

Longhorns Athletics Director Chris Del Conte told KVUE "there's a variety of reasons" that the rivalry was put to a halt, but also said "it's not 'if' it's 'when'" concerning the rivalry being renewed one day.

However, Aggies Athletics Director, Ross Bjork, maintains a less optimistic view on renewing the rivalry. Bjork told KVUE "I've seen a lot of chatter on social media, so it must be a big deal to them, but from our standpoint it's really not a big deal to us, and you know, we've kind of moved on."

Who knows if things have changed since then?

One thing is for sure, if Texas and Texas A&M do play each other again, the Longhorns have a guy with experience putting up points against the Aggies. Sarkisian's offense at Alabama slapped 99 points on Texas A&M in two wins, including a 52-24 win in 2020.

For more on Sarkisian's press conference, read about it here.