The Longhorns will play their first game on Sunday, June 20, at 6 p.m. CT against the Mississippi State Bulldogs. 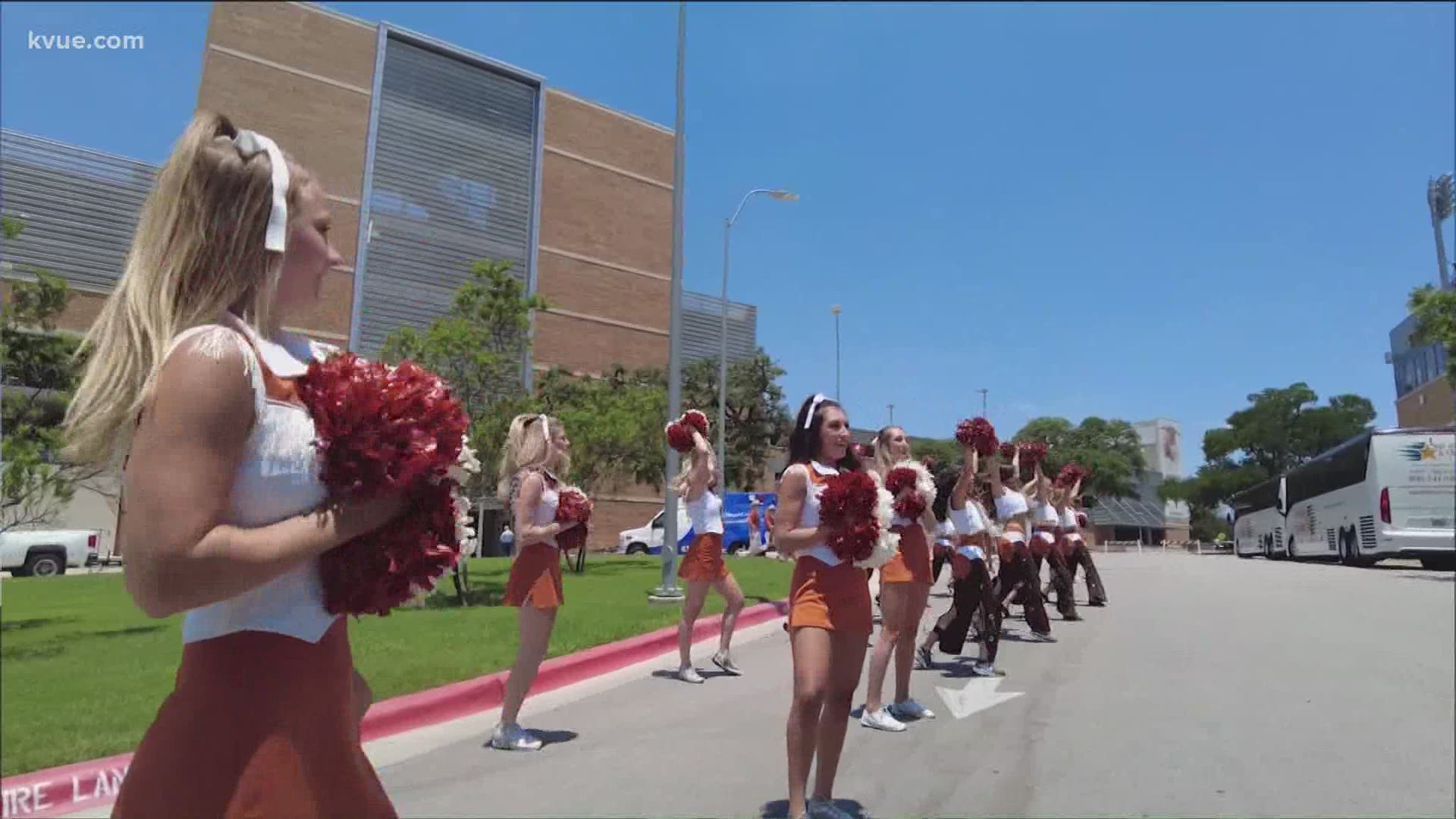 On Wednesday afternoon, Texas Athletics hosted a send-off for the team. Fans joined Texas Cheer and Pom and Smokey the Cannon to celebrate the team and send them off in style.

The Longhorns are headed to Nebraska's largest city to compete in the 2021 College World Series (CWS). The team advanced to the series after beating the University of South Florida, 12-4, last weekend.

Admission to the send-off was free and the first 500 fans received a limited-edition CWS poster. Smokey the Cannon photo ops were available and free cookies from Tiff's Treats were offered while supplies lasted.

The Longhorns will join seven other Super Regional winners in two double-elimination brackets, consisting of four teams each. The winners of the two CWS brackets meet in the CWS Finals, a best-of-three series to decide the NCAA champion.

This is the 37th time in program history that Texas Baseball has advanced to the CWS. The last time UT made the CWS final series was in 2009 when the Longhorns lost to LSU.

And we’re off. #HookEm pic.twitter.com/WfQsnOst9g

The Longhorns play their first game in the CWS on Sunday, June 20, at 6 p.m. CT versus the Mississippi State Bulldogs. Fans can watch the match-up on ESPN2.