Former UT diving star Alison Gibson, senior Jordan Windle and diving coach Matt Scoggin all will represent the US in the Olympics. 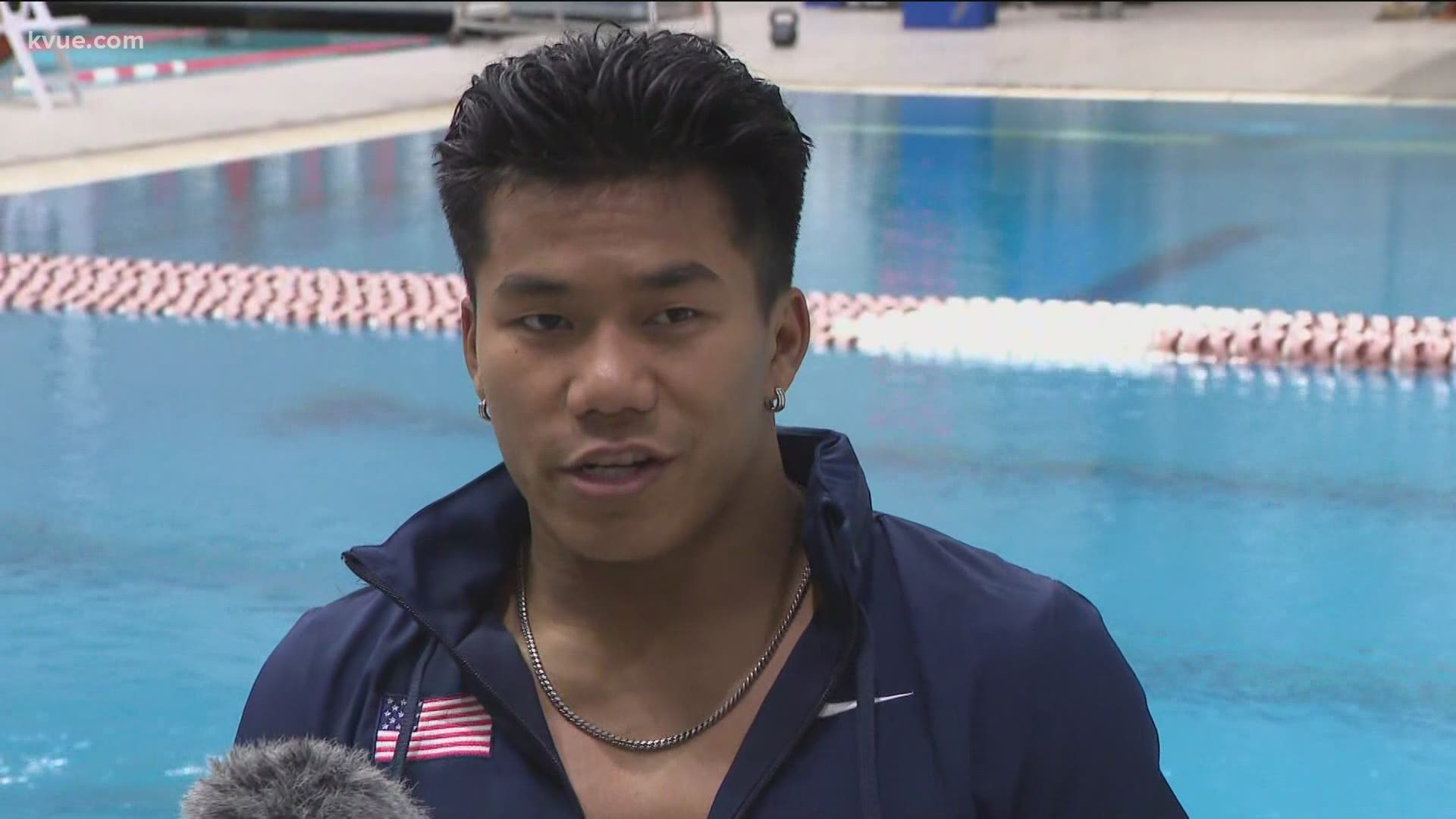 AUSTIN, Texas — The University of Texas at Austin men's and women's diving teams will send two divers and their coach with Team USA to compete in Tokyo for the Olympics.

Gibson earned a spot in Women’s Synchro 3-meter springboard in June. Two days after Gibson's performance at the U.S. trials, Windle secured his spot to compete in men’s 10-meter platform after a second-place finish.

"My first thought was, 'I have to get to Krysta,'" Gibson said following the trial victory in June. "As soon as I hit the water, I thought it [the final dive] was good enough and I just wanted to give Krysta a hug. We've been through a lot and competed together for a long time, so to finally have this moment is incredible."

Scoggin was named a Team USA assistant coach on June 21. According to Texas Athletics, this will mark the fourth Olympiad that Scoggin will serve in a coaching role with Team USA, as he previously worked in 2000 (Sydney), 2008 (Beijing) and 2012 (London). Scoggin also was a member of the 1992 U.S. Olympic Diving team.

“It is always an honor to work with Team USA, especially at an Olympic Games,” Scoggin said. “Having Alison (Gibson), Jordan (Windle) and Hailey (Hernandez) on this Olympic Team makes it even more of an honor for me. We are all so proud to be part of Team USA in Tokyo!”

KVUE spoke with UT's Olympic trio on July 12 as they prepared for their trip to Tokyo.

"It's definitely starting to sink in a little bit. I think it'll really hit me once I get to the Olympics and the Olympic village," Gibson said in a press conference on July 12. "It's going from a dream to a reality now, so that's really cool."

"This has been a 15-year journey. I'm really excited to get to represent the U.S.," Windle said. "I know that I'm going to the Olympics and this is the big time. It's the biggest meet of anyone's career within these sports."

"It's an incredible feeling to see Alison and Jordan qualify for the Olympic team. It seems like just yesterday I just asked Alison, 'Hey, you should try out diving,' at age 10," Scoggin said. "Windle, it seems like yesterday that he was a freshman at Texas. To know the hard work that Jordan and Alison put in over the last several years, especially during this past COVID year to year-and-a-half, all the sacrifices they have had to make is an incredible journey for them."

The Tokyo Olympics are scheduled to be held from July 23 to Aug. 8.