Steve Sarkisian learned a lesson from his predecessor, and ahead of tomorrow's CFP National Championship Game, he's mastered the art of the multi-task. 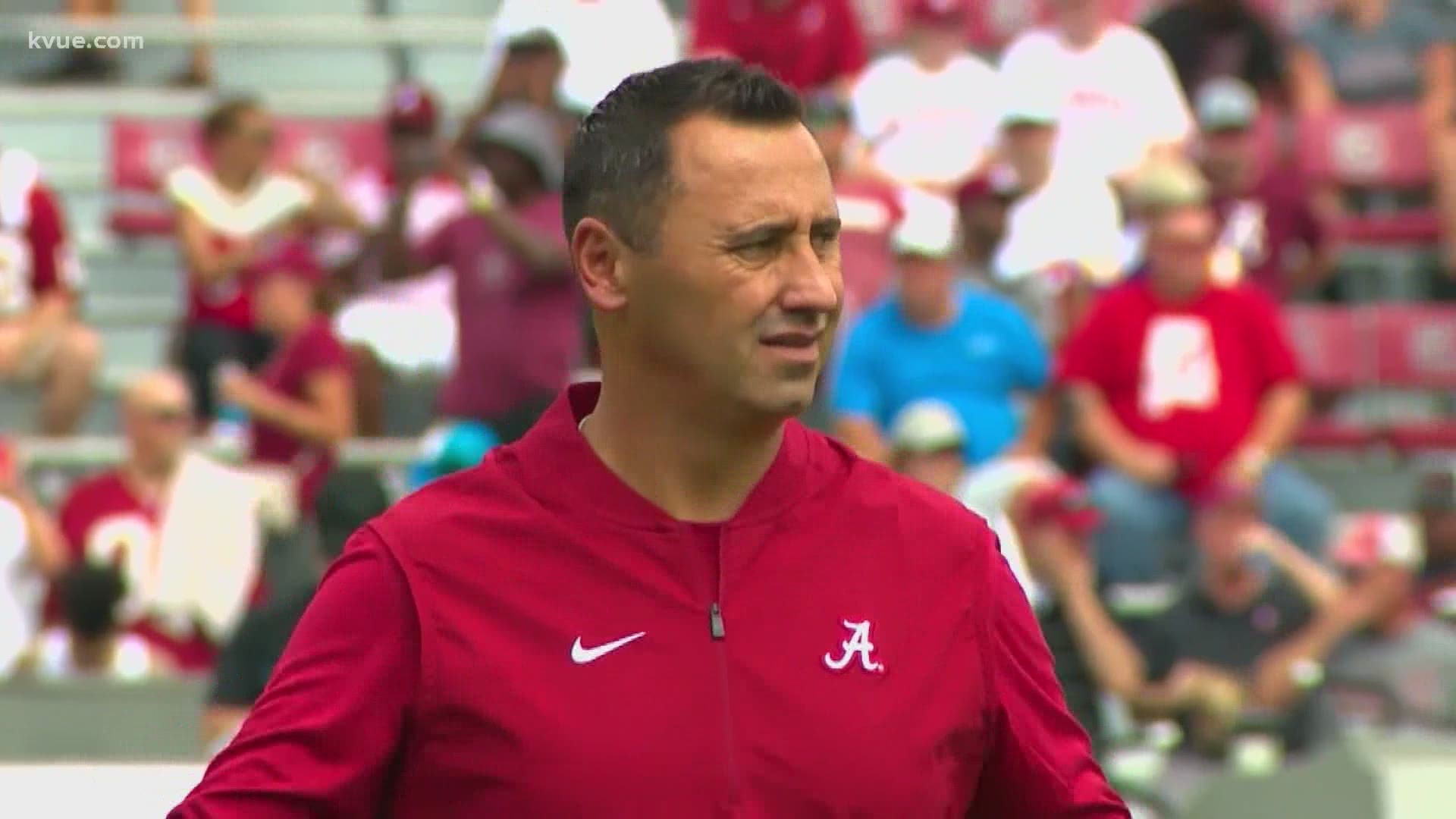 AUSTIN, Texas — When Alabama coach Nick Saban got word that offensive coordinator Steve Sarkisian was turning the page and had accepted the head coaching job at Texas, his first thought was that the Burnt Orange was getting a good one.

No one would've blamed Saban though if his mind went right to the time he got burnt, a time not too long ago when something similar happened right before a National Championship game.

In 2016, Alabama offensive coordinator Lane Kiffin was offered the head job at Florida Atlantic with four weeks left in the season.

Kiffin would only make it three of those weeks before being fired at Alabama —relieved of his duties because he couldn't handle the double duty of honoring his commitment to the Crimson and building a staff at FAU.

Sarkisian was an analyst at Alabama at the time.

“It was a tremendous experience, it was a unique one,” Sarkisian said.

It was unique because Sarkisian had a front row seat.

He was the guy promoted to take Kiffin's spot, and he called plays for the Crimson Tide in that National Championship Game.

The two have one more game together before Sark heads to Austin to take over at Texas.

"He's been a real asset to our organization.. It's going to be challenging for anybody that plays them in the future." @KVUE pic.twitter.com/snMSTwRRae

Alabama lost that game, but Sarkisian would learn a lesson.

"I obviously took some things away from that that have I think helped my career,” Sarkisian said.

Four years later, Sarkisian's using the saga of that experience to not make the mistake of his predecessor.

At today's final CFP presser, Nick Saban praises Sarkisian for Ohio State prep. "We're happy for him relative to the opportunity that he's created for himself by the great job that he's done for us here."

“I’m excited about the opportunity to go to Texas, but my focus is on this ball game,” Sarkisian said.

“Sark is the one guy that has shown great maturity I think in how he handled his situation in moving on to be a head coach,” Saban added.

Sarkisian will head to Austin to take over as Texas head coach shortly after.