In lieu of flowers, the Ehlinger family asked that donations be made to the Fellowship of Christian Athletes. 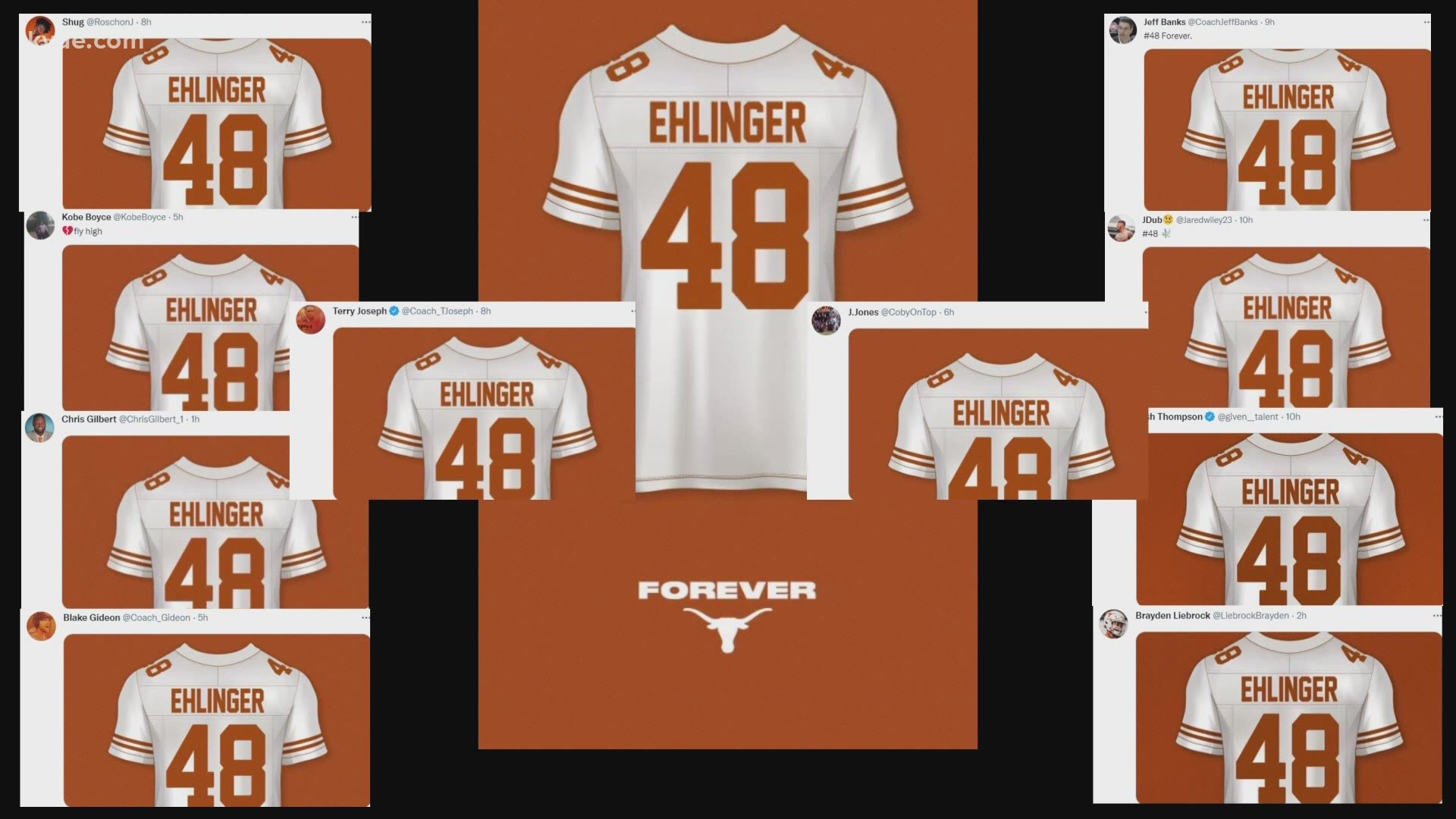 AUSTIN, Texas — A Celebration of Life service for Texas Longhorns football player and former Westlake star Jake Ehlinger was held on Wednesday, May 12.

The service started at noon at Riverbend Church Home for Hope, located at 4124 N. Capital of Texas Highway in Austin.

Ehlinger, 20, was found dead off campus on Thursday afternoon. No cause of death has been released, but police said his death is not considered suspicious.

Before he was a Longhorn, Ehlinger was a Westlake High School Chaparral.

Todd Dodge, Westlake's head football coach, told KVUE that Ehlinger's mom, Jena, and big brother, former UT quarterback Sam Ehlinger, were out of town when they got the news. But right when they made it back to Austin, Dodge met up with them to try to offer some sort of comfort.

Dodge said when he stepped foot in the Ehlinger home, he felt "unimaginable grief."

“Jake was a tremendous person and was everything you could ask for in a student-athlete. Being a Longhorn meant everything to him, and he truly embodied all that it means to be one.” - Steve Sarkisian

"I mean just, it's just heartbreaking, you know? And there's nothing that's going to change that for a little while. He's just a good boy, just such a sweet boy. And I'll always love him," Dodge said.

In lieu of flowers, the Ehlinger family asked that donations be made to the Fellowship of Christian Athletes. Those who would like to donate can do so by clicking here or by sending the donation to Steve Vittornini at 478 Live Oak Lane, Spicewood, Texas, 78669.

Educators in Solidarity among those against 'Civics Bill'