LOS ANGELES — After a solemn week, the Los Angeles Lakers returned to play their first game since the death of NBA legend Kobe Bryant.

But before the players took the court to take on the Portland Trail Blazer, tributes were held at the Staple Center in honor of the star and his 13-year-daughter Gianna. The two were killed in a helicopter crash along with seven others on Sunday.

To kick off the pregame tribute, Atlanta native Usher sang "Amazing Grace". The singer stood center court with two stands of purple and gold flowers behind him - one in the shape of the number 8 and the other of the number 24. Both were numbers that Bryant wore on his jersey.

RELATED: Kobe tribute inside the Staples Center ahead of tonight's Lakers game

As Usher performed, the room was silent. Many of the players were also seen with tears in their eyes.

And, as Usher sang the final note, the room filled with cheers and applause.

Singer Usher performs during a memorial prior to an NBA game between the Los Angeles Lakers and the Portland Trail Blazers on Friday, Jan. 31, 2020, in Los Angeles. Bryant, the 18-time NBA All-Star who won five championships and became one of the greatest basketball players of his generation during a 20-year career with the Lakers, died in a helicopter crash Sunday. (AP Photo/Ringo H.W. Chiu)
AP

Fans walked inside the arena and saw the seats covered in No. 8 and No. 24 Bryant jerseys.

There were also flowers sitting cross the seats Bryant and his daughter last sat in together at Staples Center. The last game the two attended was on Dec. 29 when the Lakers faced the Dallas Mavericks. 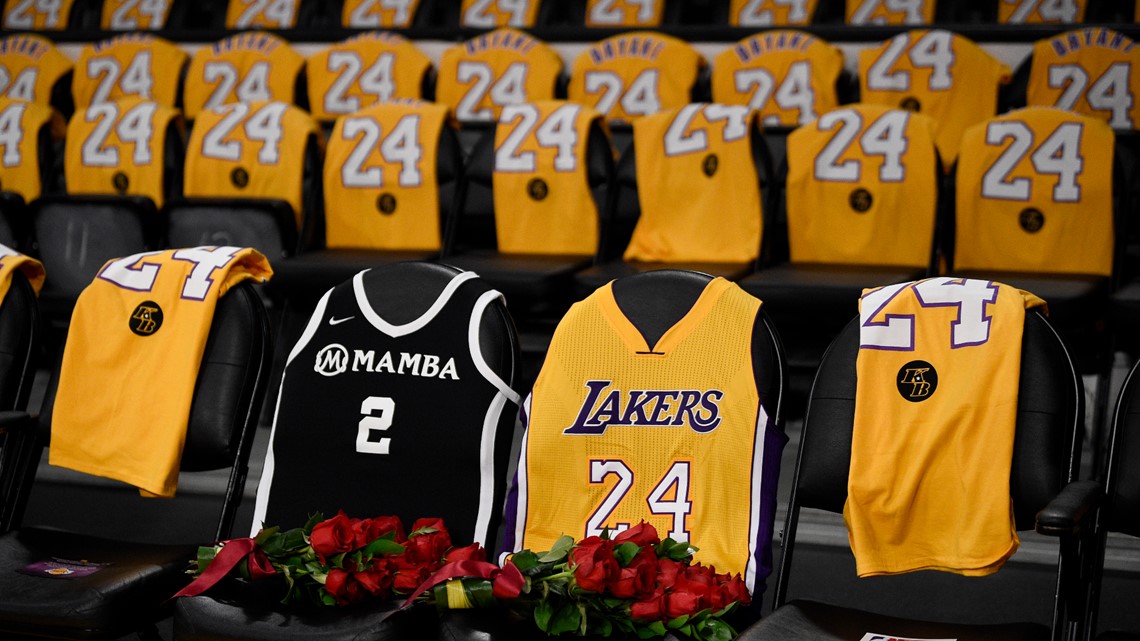