A deal that almost fell through was revived minutes before the Atlanta Hawks' third-overall pick, which was dealt to Dallas in the form of Slovenian superstar Luka Doncic. 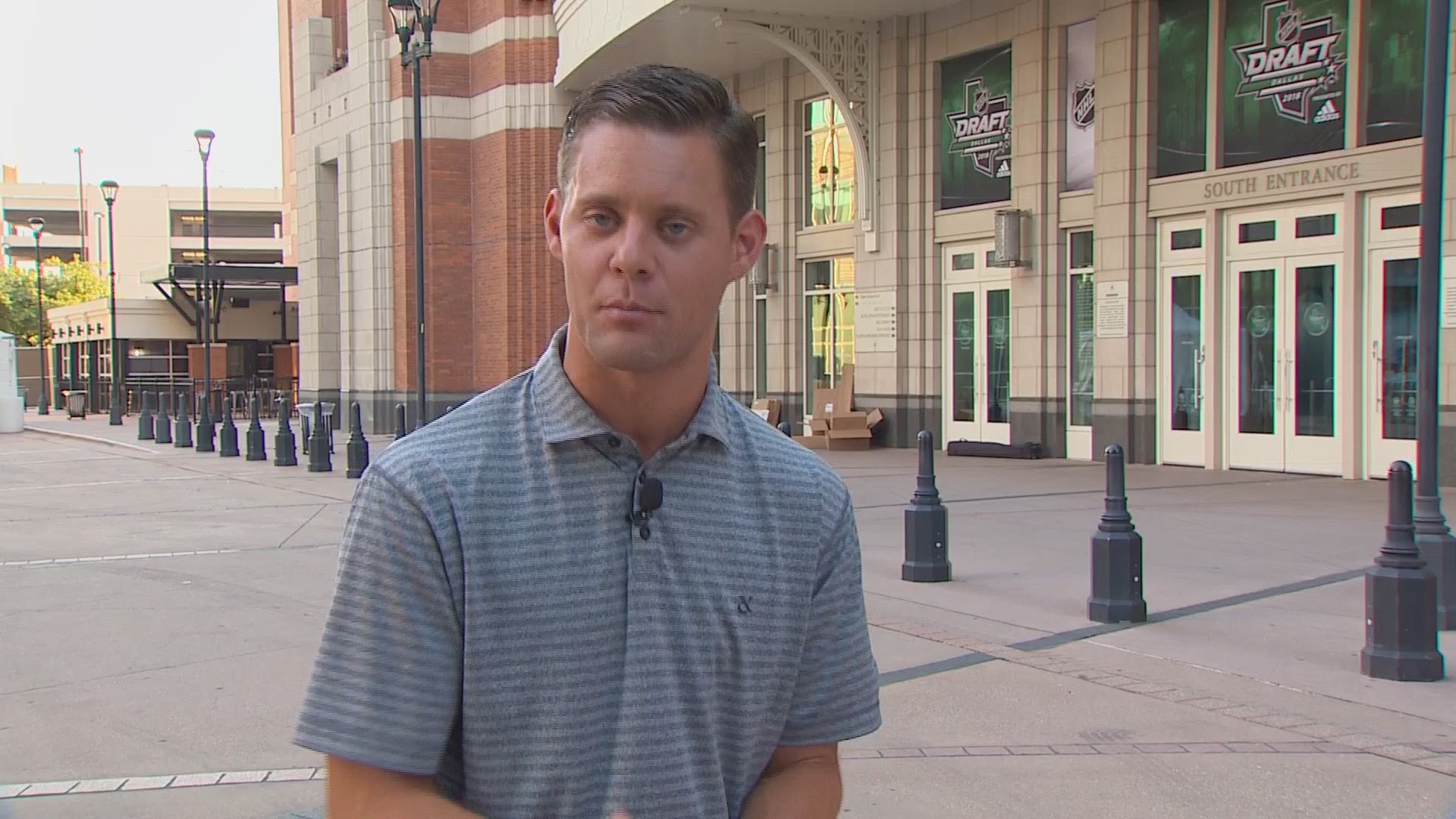 Uncertainty filled the air Thursday night. As the NBA Draft got underway, the reporters gathered at the American Airlines Center were abuzz refreshing Twitter. The Dallas Mavericks held the fifth pick and with it a glimpse of the future. Rumors about their interests, intentions, and priorities had swirled since the end of the regular season. A bevy of names were linked to the team throughout the summer.

In the end, though, the Mavericks surprised everyone. They got their guy. They drafted Luka Doncic.

Monday night, ESPN’s Adrian Wojnarowski — known colloquially as “Woj” — broke the news on air that Doncic was the Mavs’ primary target. Unfortunately for Dallas, he wasn’t expected to be available when they were slated to pick. They’d have to do something to move up to grab him. Fast forward to Thursday night, it looked as though that’s exactly what the team was trying to accomplish. At first, it looked to be in vain.

According to The New York Times’ venerated Marc Stein, Dallas and the Atlanta Hawks were in talks to trade the fifth pick and Wesley Matthews for the third pick, which Atlanta held, and Kent Bazemore.

The Hawks and Mavericks are still talking, according to league sources, but Dallas is unwilling to trade No. 5 and Wes Matthews for No. 3 and Kent Bazemore. Such a move is essentially paying $19.3 million to move up two spots in tonight's draft

The Mavs didn’t pull the trigger and Twitter, for the moment, sulked. However, the night was young and within the hour, Dallas’ fortunes changed. A deal was struck. The Mavs and Hawks swapped their picks with Dallas throwing in a protected future first-round draft pick.

“This deal that we were able to get done got done during the first pick [of the draft],” Mavericks head coach Rick Carlisle said. “Donnie consummated it with [general manager] Travis Schlenk from Atlanta and Mark [Cuban] and [Hawks owner] Mr. [Antony] Ressler had an exchange on the phone to confirm it. So, we’re very fortunate. Luka Doncic is the guy that we targeted to get in this draft if there was any way possible to do it.”

It could have easily gone the other way. In his opening remarks for the evening, Mavericks GM Donnie Nelson talked up the idea of staying fifth. In hindsight, it’s clear that he was preparing for the possibility of the deal with the Hawks falling through.

“We really like five,” Nelson said. “Five is a very coveted area. We’re getting a lot of activity. We look at moving up for the right opportunity but we’re really happy where five is and, at the end of the day, we’ll probably just draft.”

If the team had selected there, the player linked to them most was University of Texas freshman Mohammed Bamba. At the NBA combine, Bamba recorded some of the most impressive physical measurements of any player in history. From there, he went on a whirlwind PR campaign to boost his stock value. In the end, he wound up being drafted sixth by the Orlando Magic.

It’s easy to see why Dallas moved up to get Doncic. While Bamba will probably become a nice NBA player, it feels like he and every one of his peers is playing catch-up when it comes to Doncic. At just 19 years old, he’s already one of the most accomplished European players of all time. This year alone he’s been named Euroleague MVP, won the Euroleague championship, led Real Madrid to the Spanish Liga ACB, and was named MVP of that league as well. Doncic’s play earned the accolades and that’s why the Mavericks think he’s a good fit.

“He's the kind of player that’s going to be able to play with virtually anybody,” Carlisle said. “He has a skill set, and an understanding, and a feel for the game. He’s a great shooter so he creates space for other players, which is really going to help Dennis [Smith Jr.]. I think it’s going to be a great fit both ways. Dennis’ speed and rim attacking ability is going to complement Doncic’s spacing ability and playmaking ability very well.”

Doncic also thinks that he and Smith will mesh well, saying on a conference call, “Yeah, I think we can play together. Together we can play and we can be a very good pair.” He’s also said he’s been watching Smith play a lot and likes what he sees.

While Doncic’s basketball provenance isn’t in question, it’s not lost on the Mavericks that it’ll be an adjustment making the transition to the NBA. Luckily, Dallas has experience in such matters. In the summer of 1998, with Nelson in the bunker — as he calls it — the Mavericks drafted a tall, awkward German teenager by the name of Dirk Nowitzki. However, this time around, the team is making sure that it learned from that experience.

“Literally it seems like yesterday,” Nelson reminisced. “Obviously, when you get a guy like Dirk of his size, the comparisons of Larry Bird roll off the tongue. Dirk wasn’t done any favors in his first two years. So, we’re going to steer away from any of those comparisons. Luka is his own guy. He’s got his own challenges. It’s not going to be quick. It’s going to be a process.”

And so, the process begins. While the future remains uncertain, the Mavericks set themselves up nicely as they move forward. Drafting Dennis Smith last year set the rebuild in motion. Selection Doncic was the next step in righting the ship. Undoubtedly, there are still some rough days ahead. However, Doncic is approaching the NBA but with a mentality only a 19-year-old can provide.

The decorated Slovenian wasn't the Mavs' only pick of the night. With the 33rd pick, Dallas selected Villanova standout Jalen Brunson, who is a two-time NCAA champion and the 2017-18 winner of the Wooden Award, given to the most outstanding player in college basketball.

In a trade that grabbed far fewer headlines than the Doncic deal, the Mavs sent the 54th pick in Thursday's draft to the Philadelphia 76ers for picks Nos. 56 and 60, both of which they used on lengthy big men – a position of need for Dallas that it passed on to grab what it hopes is a generational talent in Doncic.

With the 56th pick, Dallas drafted Louisville center Ray Spalding, who carries a reported 7-foot-4 wingspan. With the 60th and final pick in the draft, the Mavs took Kostas Antetokounmpo, the second-youngest of Milwaukee Bucks star Giannis Antetokounmpo's four brothers.