'Signing off': Dirk Nowitzki says 'it's not a goodbye' after giving last interview as a Mavs player

"I'm a Texan for life," said Dirk Nowitzki in a video to his fans following his last interview with media as a Mavericks player. 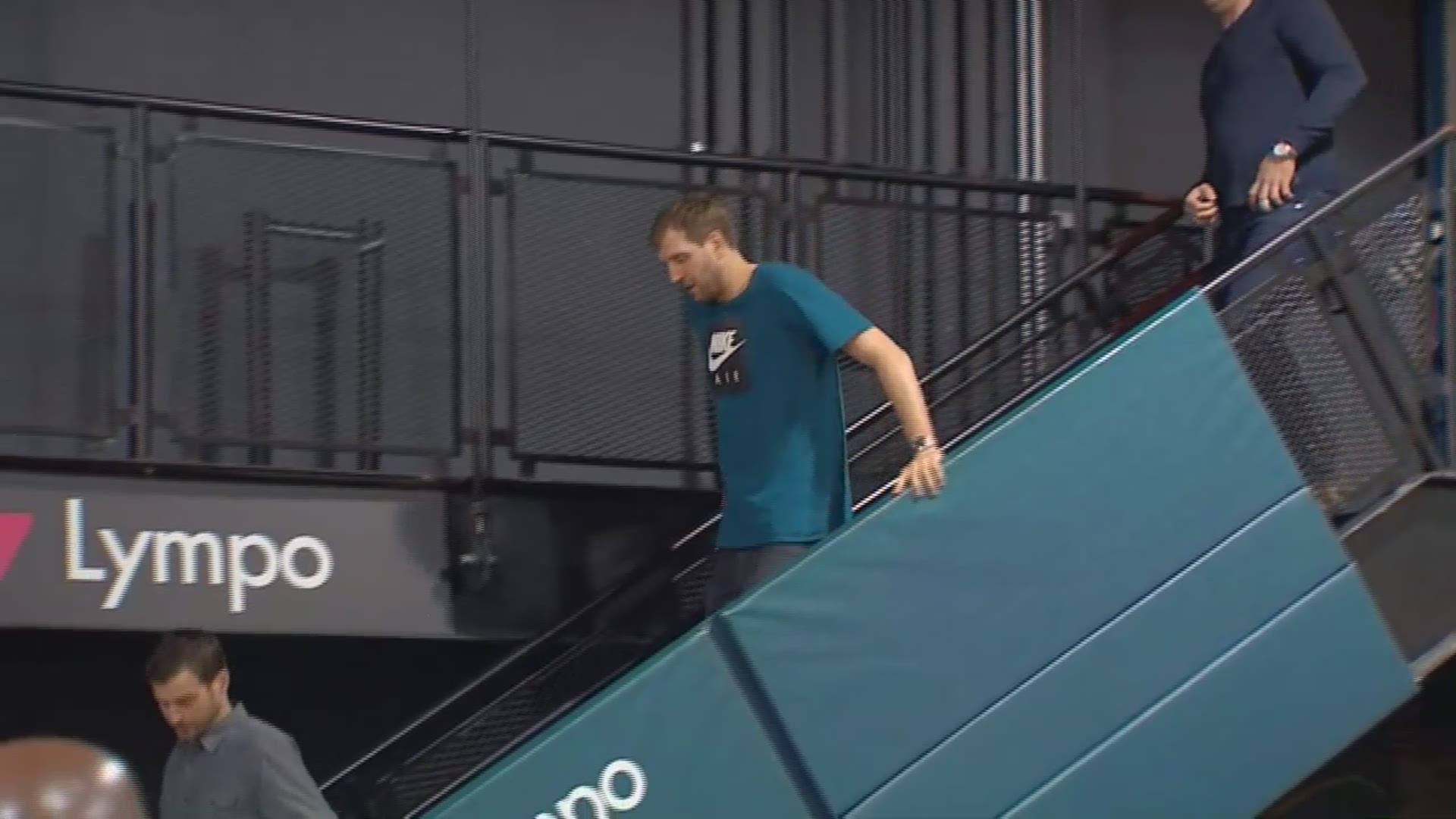 DALLAS — After 21 years with the Dallas Mavericks, Dirk Nowitzki said "it's time to move on." But if it makes you feel better, as it did us, he added, "It's not a goodbye."

Following his final interview Thursday as a Mavericks player, Nowitzki took a selfie video, which was posted to the team's official Twitter page, to personally say goodbye to his fans.

"I had a blast representing this city and this franchise for 21 years," he said. "It's time to move on, but as you guys know, I'll be around. I'm a Texan for life."

RELATED: Dale Hansen Unplugged: Watching Dirk for 21 years, 'we were the lucky ones'

RELATED: San Antonio pays tribute to Dirk before his last game of career