This delightful mother-and-son duo have the coolest relationship. Love and devotion provide the foundation, but there’s plenty of good-natured ribbing and laughter. 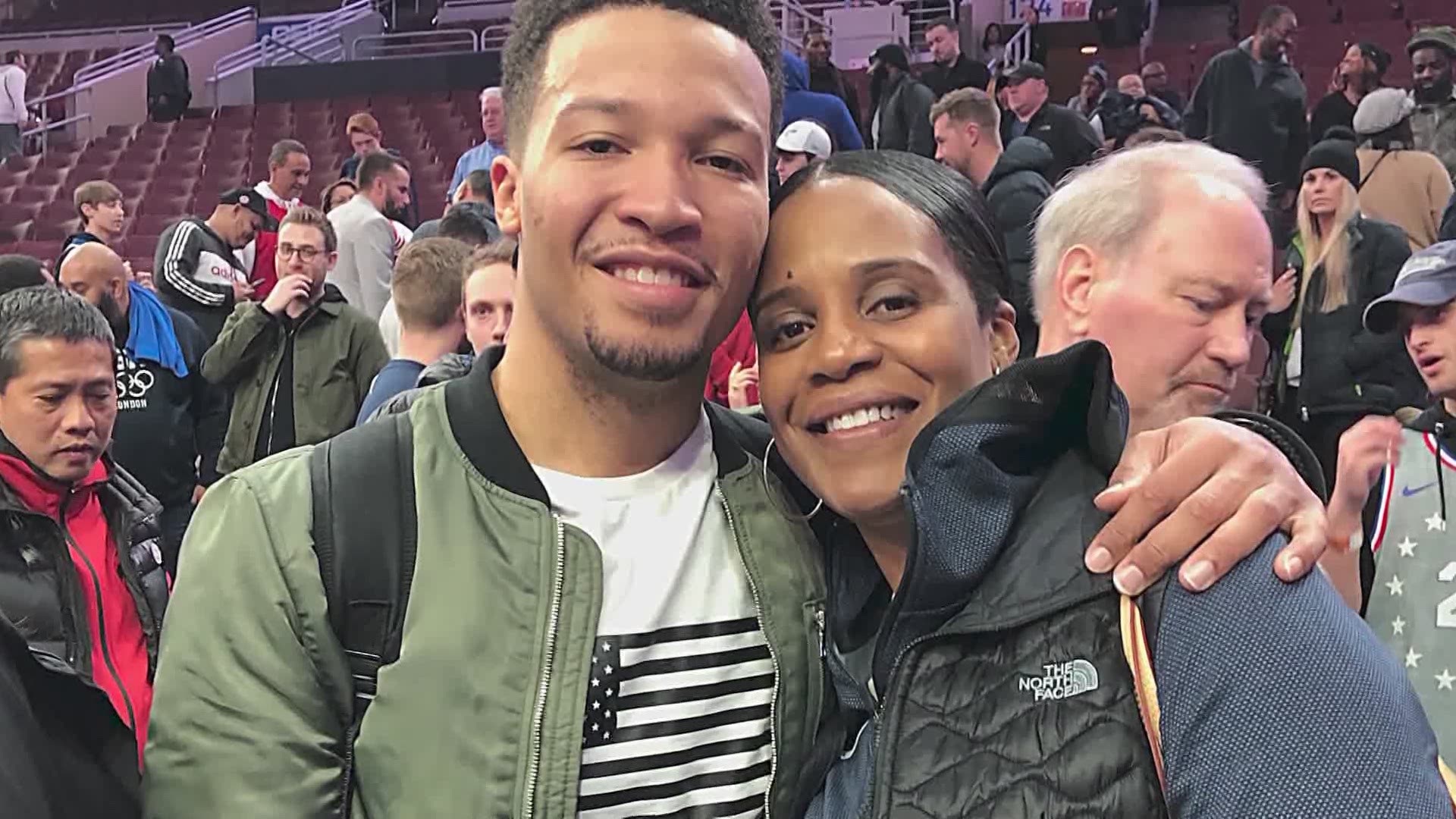 When you interact with Dallas Mavericks guard Jalen Brunson and his mother Sandra, it doesn’t take long to get it.

Jalen, in his second season with the Mavericks, calls it, "The most unique relationship you’ll ever find, "and emphasizes "There’s nothing that can break me and my mom apart."

Love and devotion provide the foundation, but there’s plenty of good-natured ribbing and laughter. Like when I asked Sandra to describe her bond with her son, Jalen piped up, "Don’t mess this up."

After we all shared a laughed, mom, got serious calling their bond, "unbreakable and a blessing."

This delightful mother-and-son duo have the coolest relationship.

COVID-19 has cut down on Sandra’s visits to North Texas. She's in New Jersey with the rest of the family. Jalen is in Dallas recovering from March shoulder surgery.

When I asked Jalen what he missed most dealing with the pandemic, there was another round of fun. Sandra began clearing her throat, and not missing a beat Jalen took the cue, “besides my family,” he said twice, before adding he misses his teammates and going to the gym.

Jalen’s basketball success is deep-seated. He won a state championship and was the best player in the state of Illinois in 2015.

Jalen also won a pair of NCAA championships while at Villanova and was the Consensus Collegiate Player of the year in 2018.

But mom, Jalen says, was instrumental in molding his mentality, and helped in other ways too.

"Thank you for my athletic ability because without you I wouldn’t be able to jump as high as I do,” Jalen told his mom, who was a volleyball standout at Temple University where she met his father.

"Obviously my dad handled the basketball portion of it, handled like the working out portion,” said Jalen. “But my mom handled, legit, everything else."

"She was the general. She held me accountable for everything I did. If I was putting my mind to something I couldn’t quit until it was done. She basically gave me that no-quit mentally."

Meanwhile, I found out mom’s no-quit mentality extends to her camera phone.

"Well I am guilty of always trying to get a picture with him and my daughter,” said Sandra. "Jalen calls me 'the Feds' whenever I take pictures because it’s like you let everybody know where we are," she laughed.

The Brunsons' journey has been filled with fun, laughter, and most importantly love. And as we all try to #SendTheLove on this Mother’s Day holiday, this model matriarch has a message for us all during the pandemic.

"In times like these when we are tested when our resolve is tested that we learn to be still and to rely on our faith to carry us through and not get hung up on the negativity, Sandra said.

And her son has an important one, too.

“Well Mom, I obviously want to say thank you for everything you’ve done. Thank you for sacrificing pretty much everything for myself and my sister," Jalen said.

Now that is how you #SendTheLove.