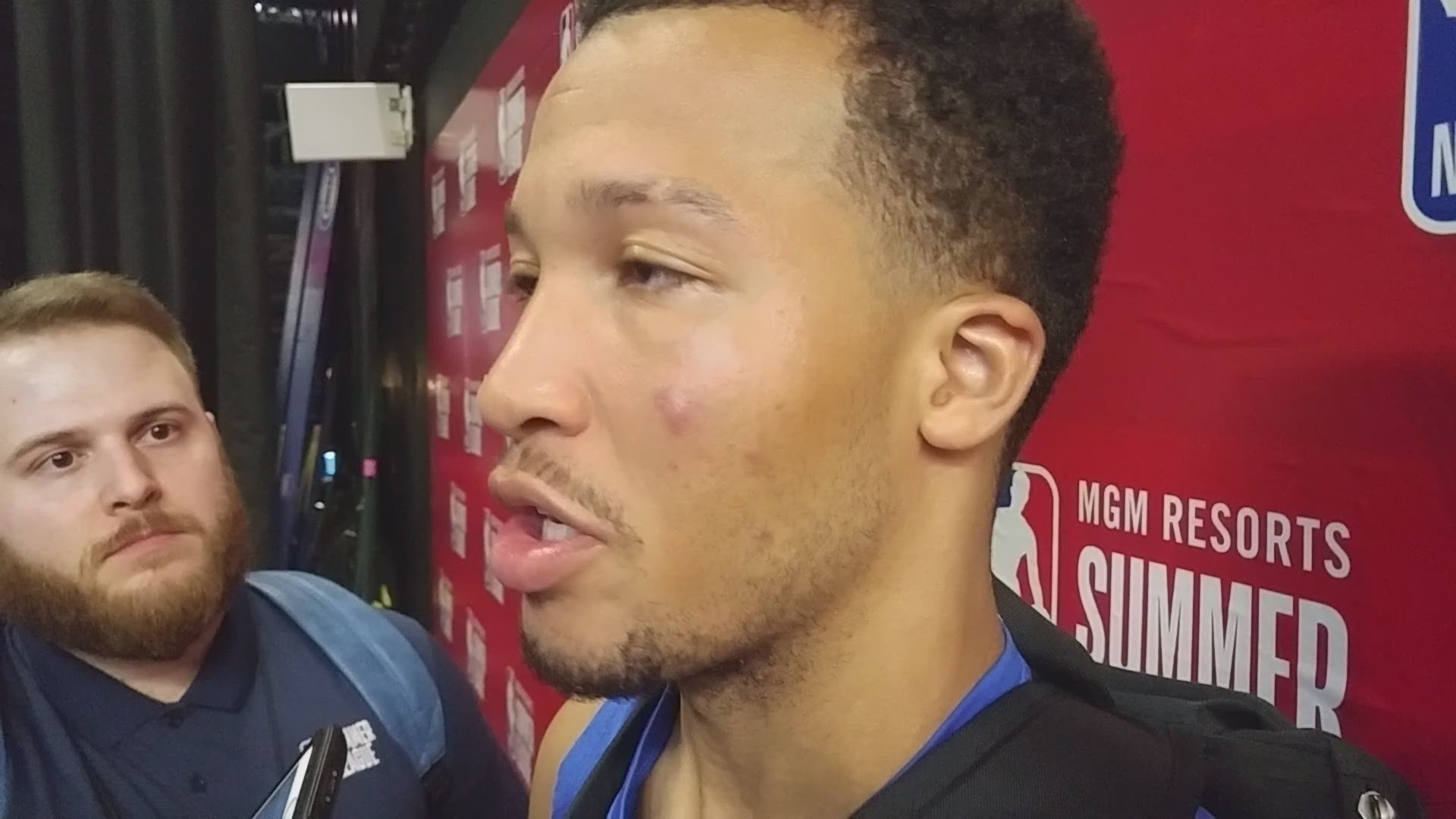 LAS VEGAS – The Dallas Mavericks appeared elated when they drafted Villanova standout Jalen Brunson in the second round. To a person, the trio of Donnie Nelson, Rick Carlisle, and Michael Finley was surprised that Brunson was still available when the team took him with the 33rd overall pick in this summer's NBA Draft. They praised him for his leadership at the college level, where he led the Wildcats to two national championships in three years, and his family winning streak ways.

Now, months removed from NCAA glory, the spotlight is on Brunson again at Summer League. And, unfortunately, his game doesn't look as polished as it could be.

Through three games – all starts – Brunson was averaging seven points, three rebounds, and 4.3 assists in 23 minutes. On the surface, his numbers are fine, perhaps even innocuous. He does lead the team in assists, but what's troubling is that he's shooting just 19 percent. In a blowout 91-71 win against the Warriors on Monday, Brunson's shooting struggles continued as he made only two of his eight shots, both 3-pointers. According to Summer League head coach Jamahl Mosley, Brunson isn't letting his shooting woes frustrate him.

"He got going a little bit in the third [quarter]," Mosley said after the game. "That's the thing about him, from a winner's stand point, he's not letting those things discourage him. He kept going, he kept playing, hit a big shot, got an and-one, got himself to the free throw line to create his rhythm. He's getting to all the right spots. When that happens, it can create so many other things because he makes great reads for other guys that are on the floor."

His two made field goals came in the third quarter. While his shot wasn't falling, he was active elsewhere. Brunson was finding his teammates as he notched eight assists. At one point, he found Ray Spalding under the basket with a nifty pass that led to an easy bucket. It's clear that he has the skills to compete at the next level, but there are going to be bumps along the way as he makes the transition from college to the NBA. Overcoming his shooting struggles is the first challenge. For his part, though, Brunson believes it's just a temporary setback.

"I feel like I'm definitely moving in the right direction," Brunson said. "It's just my confidence. I know how hard I work. I'm not going to let a couple of shots not going in alter that. I got to keep shooting and stay confident."