Both the Thunder and the Mavericks started the game with 8-second and 24-second shot clock violations in honor of Bryant's jersey numbers. 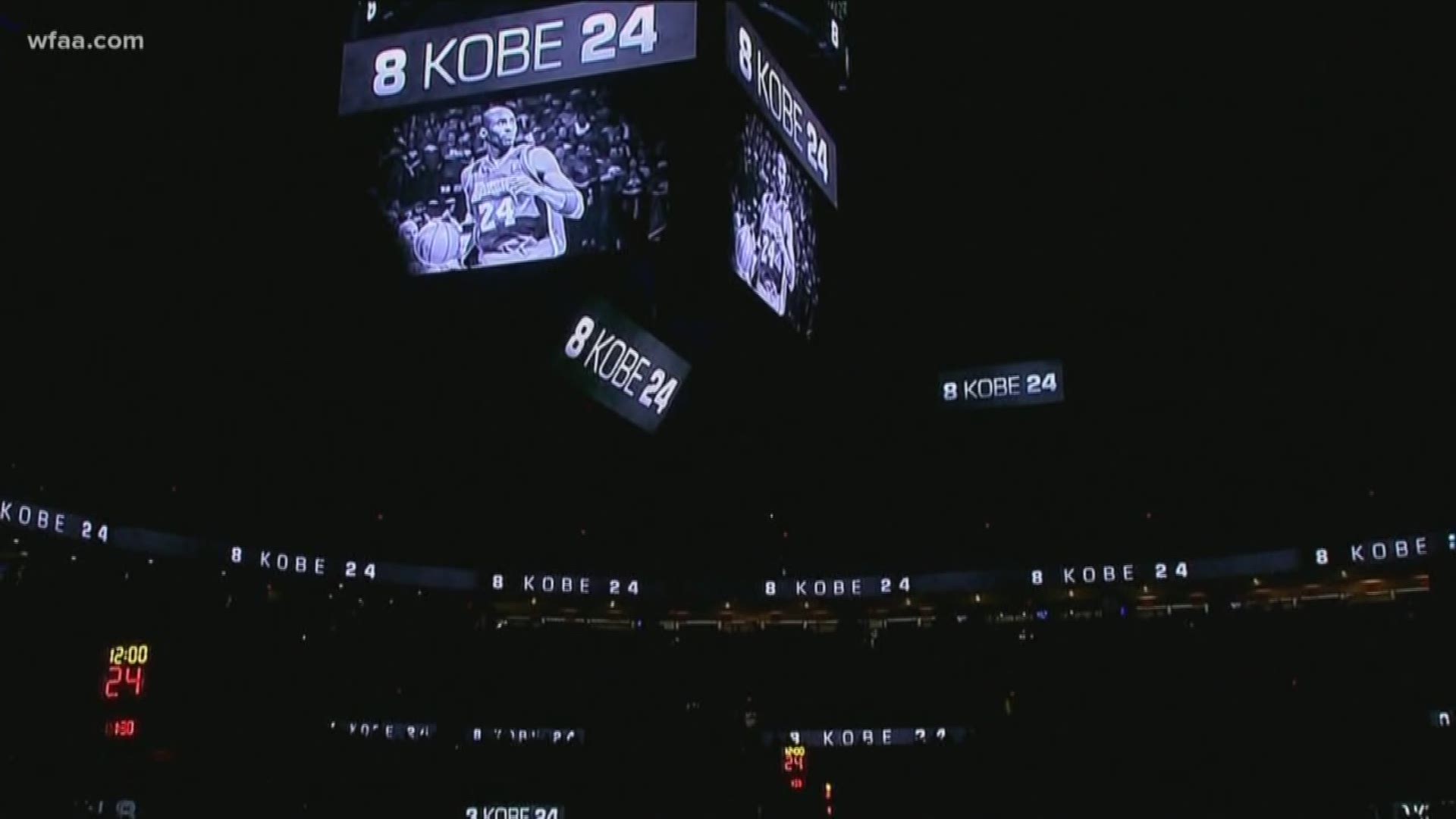 DALLAS — The Dallas Mavericks won in Oklahoma City Monday night 107-97, but the game was tinged with loss.

The shadow of Kobe Bryant hung over the proceedings, with players on both teams acutely aware of what Bryant’s death meant for the league.

“Time is limited,” Mavericks power forward Willie Cauley-Stein told WFAA from the locker room before tipoff. “It's precious, and when you see a mogul go down like that, it’s a sad deal, but it makes you appreciate this a lot more, makes you appreciate the people that you get to interact with on a daily basis. You can’t really take it for granted.”

"You're talking about a guy who was a cultural icon, one of the greatest athletes to play in any sport," Carlisle said. "A guy that, over a two-decade period, pushed everyone to a higher level."

Bryant’s picture was featured heavily on the video board outside the Chesapeake Energy Arena Monday afternoon. It was also the main photo outside the American Airlines Center before Monday night’s Dallas Stars home game against the Tampa Bay Lightning.

Purple ribbons were handed out to employees before tipoff as well, in honor of Bryant's Los Angeles Lakers colors.

Elsewhere, forward Luka Dončić played in a pair of Kobes adorned with the names of all nine victims of Sunday’s helicopter crash.

"by far the hardest game i ever had to play!!" Dončić tweeted after the game. "still can’t believe it!! always with us!🙏🙏🙏 #RIP"

Dončić had 29 points and 11 rebounds in Monday night's game, including a stretch in the first quarter where he hit five straight three-pointers. The game started with a moment of silence and a video tribute to Bryant. Both the Thunder and the Mavericks started the game with 8-second and 24-second shot clock violations in honor of Bryant's jersey numbers.

Tim Hardaway Jr. had 15 points, and Kristaps Porzingis scored 14 points and had 10 rebounds to assist with the win.

“That was a tough, emotional game,” Carlisle said after the game.