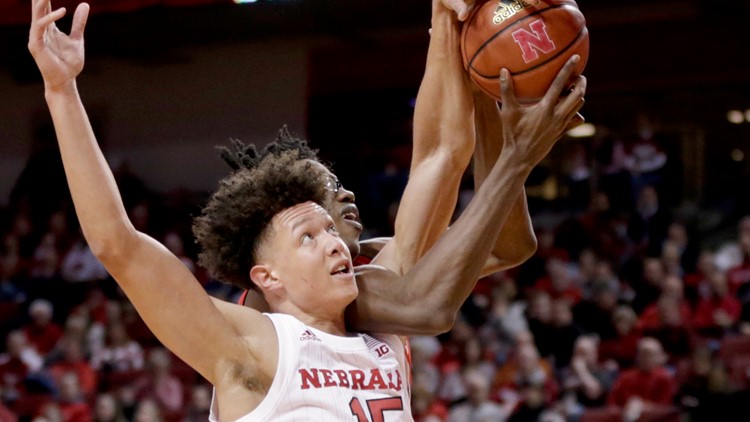 Photo by: AP / File
Nebraska's Isaiah Roby (15) and Maryland's Jalen Smith (25) go for a rebound during the first half of an NCAA college basketball game in Lincoln, Neb., Wednesday, Feb. 6, 2019. (AP Photo/Nati Harnik)

Mavericks get forward Roby after trade with Pistons

The Dallas Mavericks traded down in the second round of the NBA draft on Thursday night, ending up with Nebraska forward Isaiah Roby at No. 45.

The 6’8” Cornhusker averaged nine points, six rebounds and two blocks per game as a sophomore.

“We’re happy. We’re elated,” said Mavs GM Donnie Nelson, who could not elaborate on the reported deal or players involved until the trade is finalized next week.

“We got what we were looking for, plus two second-round picks,” added Nelson.

The Mavs offseason will heat-up soon.

Free agency officially begins June 30 and Dallas has the cap space to sign a high-profile free agent. Who that is, if at all, remains to be seen.

Dallas finished 33-49 last year and hasn't made the playoffs since 2015-16. The Mavericks will play their first season since 1997 without Dirk Nowitzki. The 21-year veteran and the NBA's sixth-leading scorer all-time retired following this past season.

RELATED: Daybreak Rewind: From the ABA to the NBA, this former radio announcer has seen it all in Dallas