With Patrick Mahomes and other celebs in the crowd, the first edition of Luka Doncic vs. Zion Williamson lived up to the hype. And then some.

DALLAS — The spotlight of national TV, nor the celebs abound, could not shake Luka Doncic from ascending the record book and lifting the Dallas Mavericks to a thrilling win over Zion Williamson and the New Orleans Pelicans, 127-123.

In overtime, Doncic dribbled around a screen set by Kristaps Porzingis and slotted a perfect bounce pass between two defenders into the hands of the cutting 7 foot 3-inch tall big man who dunked the ball with 50 seconds left.

The pass was the final piece to Luka's 22nd triple-double, which surpassed Jason Kidd for the most in Mavs history.

The pass was also witnessed by Pelicans phenom Zion Williamson.

The 19-year-old rookie from Duke made his American Airlines Center debut on Wednesday night, after missing the first 44 games of the season with a knee injury.

However, the wunderkind from Slovenia won Round 1.

Seven of Doncic's points came in overtime, which led the Mavericks to their first overtime victory of the season.

Postgame Note: According to ESPN's Tim MacMahon, Luka received an x-ray on his left thumb after the game. The x-ray was precautionary. Luka sprained his thumb last week, which forced him to miss Sunday's game in Minnesota.

The Mavs were on their way to victory in the fourth quarter, until Nicolo Melli drilled a three-pointer from the corner -- over the outstretched arm of Porzingis -- with 10 seconds left.

Simply put, Porzingis and Doncic put on a show.

“Luka's running the show with [Porzingis]," Mavericks head coach Rick Carlisle said after the game. "This is when that group has to continue to grow. And they had great success tonight.”

The group grew up.

Seth Curry scored 21 points off the bench including six three-pointers.

Maxi Kleber blocked five shots and made things tough for Zion on offense.

Complete effort. Multiple players stepped up. And a clutch W to show for it.

The Pelicans threw a haymaker -- Lonzo Ball scored a career-high 7 three-pointers for crying out loud.

The pass delivered the knockout blow.

Dallas improves to 38-25 and sits 7th in the West standings -- 2.5 games back of Houston for the 4th spot, which secures home-court for at least one playoff series.

Up next: The Mavericks host rookie sensation Ja Morant and the Memphis Grizzlies on Friday night at 7:30 p.m. 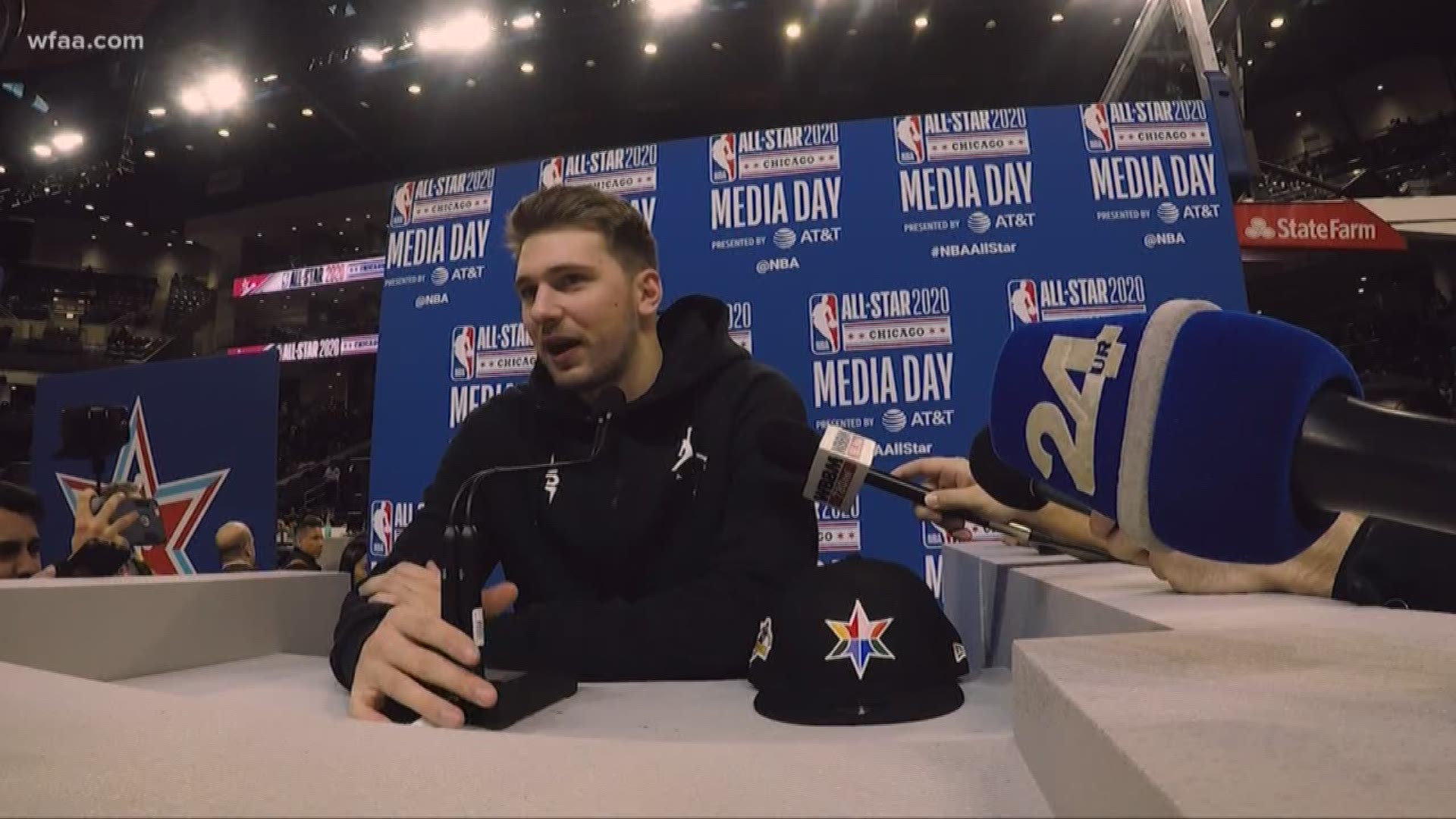 RELATED: 1-on-1 with Mirjam Poterbin: The mother of Dallas Mavericks phenom and NBA All-Star Luka Doncic