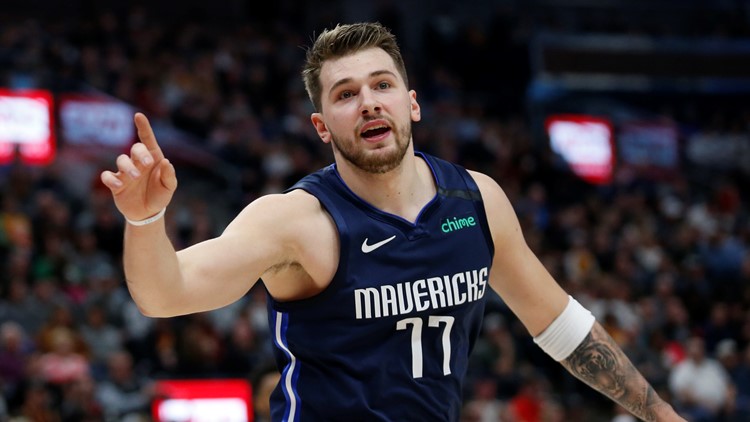 Photo by: AP
Dallas Mavericks guard Luka Doncic (77) directs his team in the first half during an NBA basketball game against the Utah Jazz Saturday, Jan. 25, 2020, in Salt lake City. (AP Photo/Rick Bowmer)

DALLAS — The Dallas Mavericks have just one more game left before the NBA All-Star break and the time away can’t come soon enough for the beleaguered squad. Dallas has lost three of their last four games overall and went 3-4 in the seven contests since sophomore sensation Luka Doncic went down with an ankle injury.

The Mavs need a spark on the floor and the reigning NBA Rookie of the Year will be looking to provide it against the Sacramento Kings on Wednesday.

Even though he’s still listed as questionable in the official injury report, Donic spoke with the media on Tuesday night and proclaimed that he is ready to return to the hardwood and, frankly, the Mavs need to see their star back on the court as they were only able to barely tread water without him.

This season, Doncic has averaged almost a triple-double with 28.5 points, 9.5 rebounds, and 8.7 assists per game. Despite not being on the court for the last seven games, Doncic still leads the league in triple-doubles (12), just ahead of LeBron James and Nikola Jokic (11). The Mavericks are currently sitting in second place in the Southwest Division, just 1.5 games behind the Houston Rockets.

Before Doncic went down, however, the Mavericks were tied for first in their division and were fighting for the fourth seed in the Western Conference. Without their star guard, Dallas has slipped to seventh overall in the West. Dallas needs Doncic.

Sitting at 32-22 on the year, it’s true that Dallas has seen a success earlier in Donic’s career than expected, but the recent string of games proves that they’ll go only as far as Luka can take them.

The return of Luka is vital to the success of the Mavs as they look to make a push towards the playoffs for the first time since the twilight years of Dirk Nowitzki, when he led the Mavericks to three consecutive one-and-done first round exits from 2014 through 2016.

Compounded by the absence of Doncic was the blow that the Mavericks suffered when they lost Dwight Powell to a season-ending Torn Achilles injury back in late January. Kristaps Porzingis has been carrying a lot of the load since then, but he is still being carefully monitored in his first year back following knee surgery.

Along with Luka working his way back, the Mavs have also added Michael Kidd-Gilchrist to the roster after his buyout with Charlotte. Kidd-Gilchrist has only appeared in 12 games this season while averaging just four points, 2.9 rebounds, and 0.8 assists per game.

The former No. 2 overall selection in the 2012 NBA Draft isn’t going to wow anyone with his counting stats, but he provides the team with a wing defender who will be counted on in the rotation as Donic and Dallas join the race for the postseason in the NBA’s second half.

Do you think Luka will be able to carry the Mavs to victory in his first game back? Share your thoughts with Patrick on Twitter @PatSportsGuy.