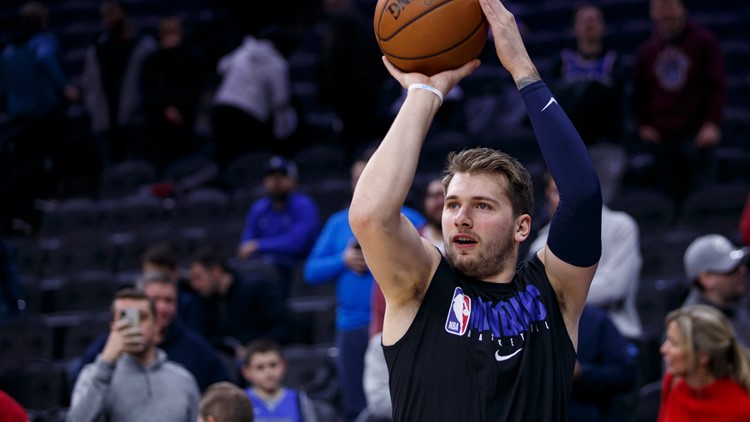 Photo by: AP
Dallas Mavericks forward Luka Doncic in action prior to the first half of an NBA basketball game against the Philadelphia 76ers, Friday, Dec. 20, 2019, in Philadelphia. The Mavericks won 117-98. (AP Photo/Chris Szagola)

Luka Doncic returns to lineup as Mavs take on the Spurs

DALLAS — It’s a sigh of relief for the rest of the Mavericks' season, as Luka Doncic is expected back on the court Thursday night.

The Mavs have been without their superstar sophomore for four full games.

Doncic injured his ankle on Dec. 14 against the Miami Heat. He left in the opening minutes of the game.

He suffered a sprained ankle but after a couple of weeks, number 77 is back to work.

The Mavs went 2-and-2 in those four games, including a win over the East's best team, the Milwaukee Bucks.

He leads the Mavs against a Spurs team that has won five of eight and is trying to chase down the No. 8 spot in the West.

He’s still verging on a triple-double just with his per-game averages and still very much alive in the league-wide MVP conversation.

Some grass has grown under his feet in that discussion while he's been gone, but if he can get back to work, he'll be back in the fray quickly.

The Mavs are primed to step forward, take the mantle as a decent, playoff-contending team, and run with it.

Tip-off is at 7 p.m. in a nationally-televised game on TNT.