Mavericks end losing streak ahead of showdown against San Antonio

A big night from Kristaps Porziņģis in Indianapolis helped the Dallas Mavericks put a halt to a losing streak after a rough stretch against the Eastern Conference.

The Dallas Mavericks rolled into the Bankers Life Fieldhouse on Wednesday night looking to snap a three-game losing streak that started with a three-point loss against Giannis Antetokounmpo and the Bucks in Milwaukee and only got worse in a quartet of contests against the Eastern Conference.

Even after a 16-point loss to Chicago and a 23-point blowout defeat against Toronto that started to show the wear and tear of the absences of four of the team’s best players to the COVID-19 protocols, the loss against the Bucks was the closest game among the losing streak, but also the most frustrating.

The close loss led to outward displays of aggravation that had been simmering for the Mavericks, with Kristaps Porziņģis’ aggressiveness and Luka Dončić’s visual concerns for clock management. While those were issues seen in the heat of the moment, the cause for real grievance during this stretch has been their undermanned roster.

The losing streak came amidst the Mavericks missing key players for their rotation amidst the COVID-19 outbreak being felt throughout the league. Jalen Brunson returned against the Bulls earlier this week, but Maxi Kleber, Josh Richardson, Dwight Powell, and Dorian Finney-Smith continue to be sidelined.

Stretches like this can sometimes challenge a team’s make-up, but they can also be rallying points in the face of adversity. As such, the Mavericks decided to take out their brewing irritations on the Indianapolis Pacers.

On Thursday night, the Mavericks showed signs of breaking through as they continue to wait for reinforcements. The 124-112 win over Indiana brought the team back to .500 for the season, and the improved defense seen while missing some of their best defensive players should be a boon once their lineup is back to full strength.

Coach Rick Carlisle’s lineup tinkering led to Porziņģis starting at center for the first time this season and it proved to be a revelation as he carved up the Pacers. Porziņģis is making quick work of returning to game shape. In only his fifth game back, the Latvian big man finished with a season-high 27 points on 12-of-15 shooting from the field (an astounding 80 percent shooting!), with five of his 13 rebounds coming on the offensive glass.

Porziņģis added four assists and a block for good measure. His running mate Dončić had yet another triple-double, the fifth of the season for the third-year guard. While Dončić only had 13 points, his 12 assists showed out as the Mavericks destroyed the Pacers in the paint.

Dončić’s play makes the repeated case of the need to sit down and appreciate the journey. Putting his start in perspective will help Dallasites avoid getting numb to just how historic his young career has been so far.

Guard Trey Burke came off the bench and took the most field goal attempts on the team for the night, logging 22 points and connecting on 4-of-8 three-pointers in 30 minutes of action. Burke has been an efficient scorer off the bench and is now shooting at 43% from three-point range for the season

Looking to improve morale, a shiny new member of the Dallas family was waiting in the locker room after the win as the Defensive Player of the Game title belt made its debut. The design features silver and blue plating on a white leather strap, with the retro and current Maverick logos as side plates.

The Mavericks, channeling the spirit of the old Sportatorium, unveiled the drip-filled belt after the win, with Willie Cauley-Stein the inaugural holder. Cauley-Stein finished the game with two blocks on the night and added 10 points on 4-of-9 shooting, and his defense in the 4th quarter shined above all as the Mavericks pulled away to seal the losing streak-breaking win.

The title belt will only be presented after wins because no one is in the mood for gimmicks after a loss. Here’s hoping it gets played like a guitar on the way to the arena in the glitzy LED-filled Mavericks entrance tunnel that also made its debut this season.

After getting their shine back, the Mavs now turn their attention to San Antonio. Dallas will meet the 8-7 Spurs at the AT&T Center in San Antonio on Friday night where they will have the opportunity to leapfrog their interstate rivals in the Southwest Division standings.

Do you think the Mavericks will be able to present the new Defensive Player of the Game belt after a victory on Friday night? Share your predictions with Irvin on Twitter @Twittirv. 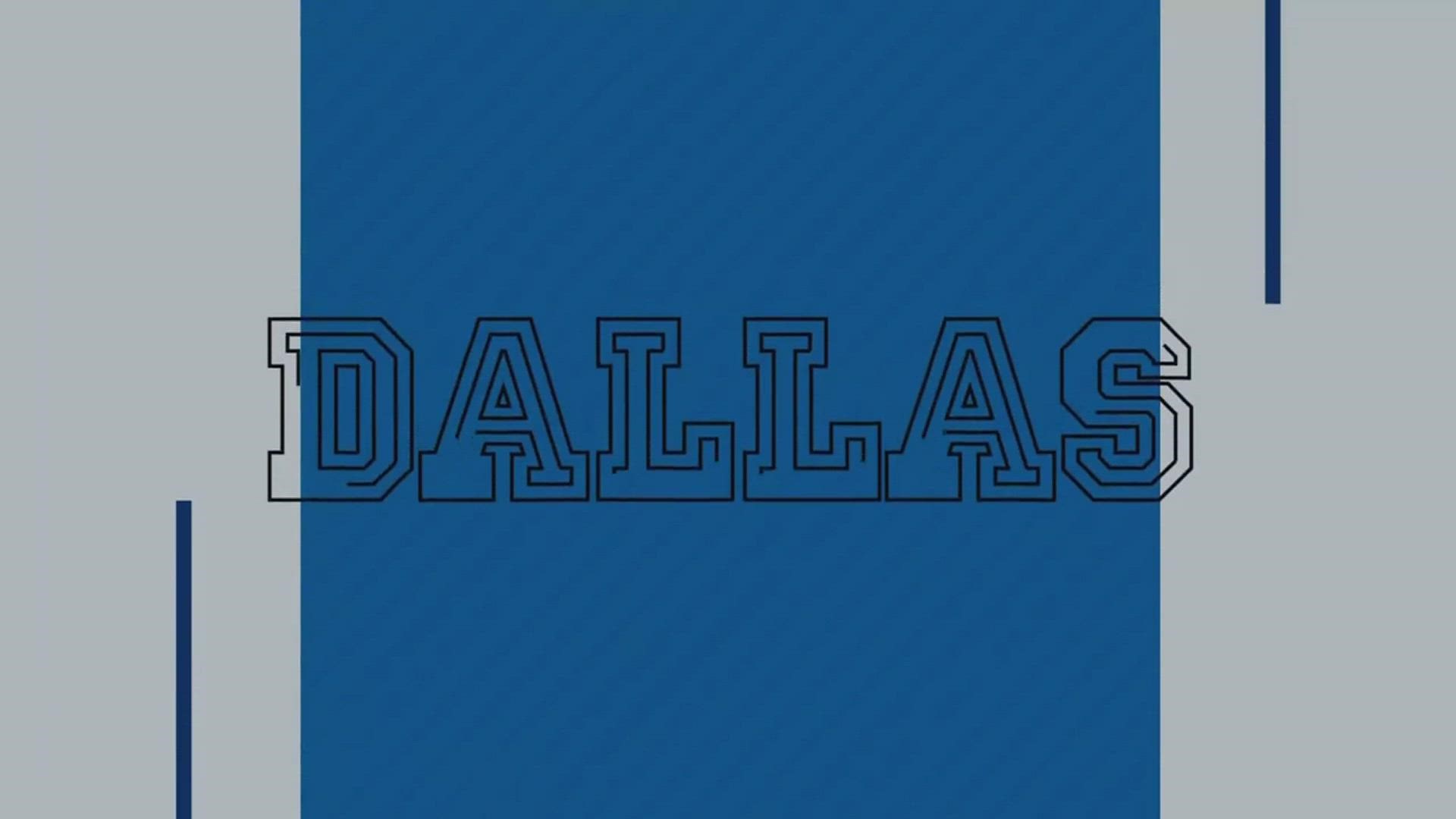