Doncic was the No. 3 pick last year. 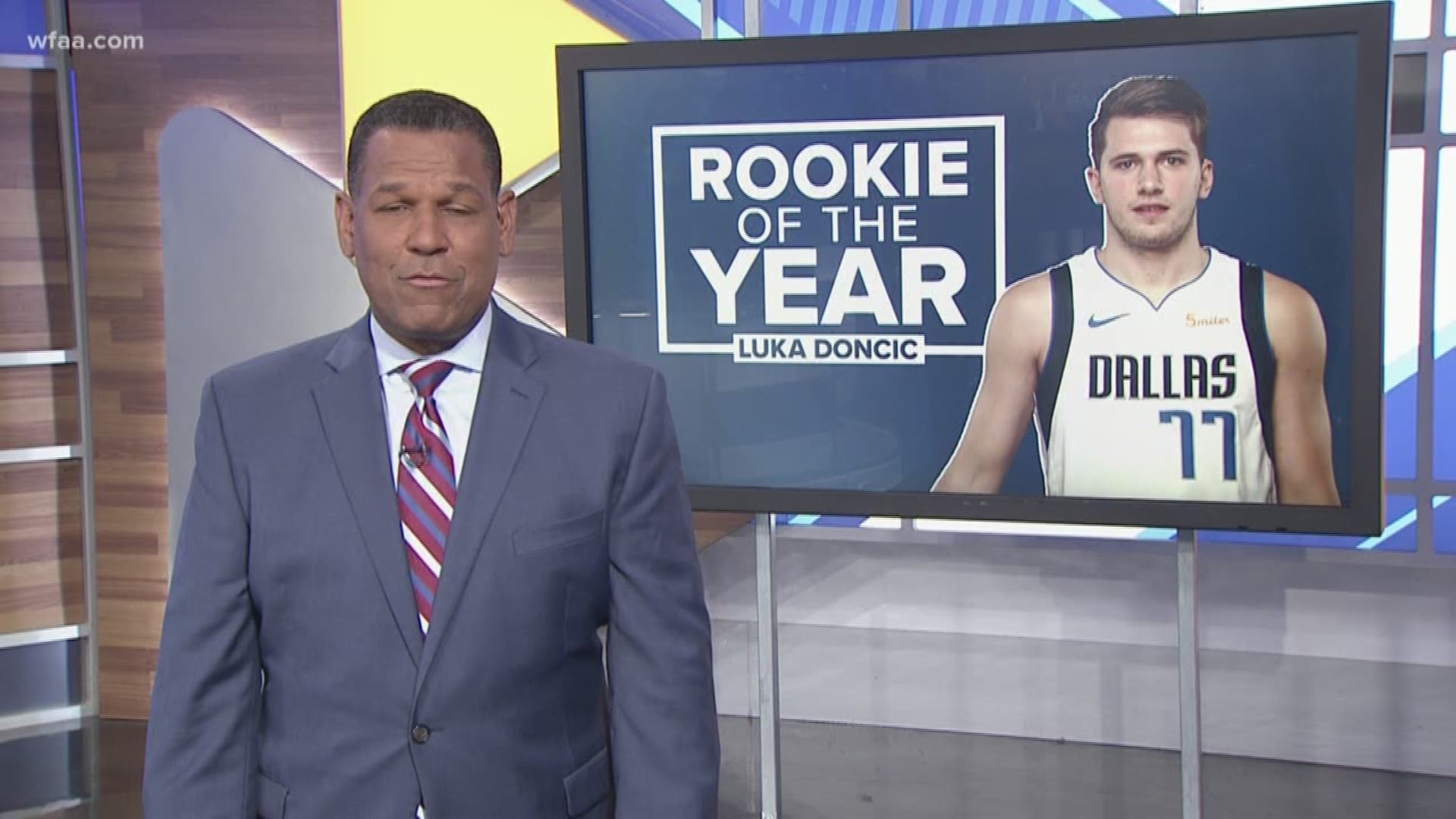 SANTA MONICA, Calif. — Mavs sensation Luka Doncic is the NBA Rookie of the Year — and at 98 out of 100 first-place votes, it wasn't even close.

The 20-year-old small forward from Slovenia accepted his trophy from RJ Barrett Monday night, who went to the New York Knicks as the No. 3 pick in the NBA draft last week.

Doncic was the No. 3 pick last year.

The other finalists were Deandre Ayton of Phoenix and Trae Young of Atlanta.

Doncic is only the second rookie in league history to average at least 20 points, 7 rebounds and 6 assists per game, joining NBA great Oscar Robinson.

Shaquille O'Neal presided over the festivities Monday night from Barker Hangar at the Santa Monica Airport.