Washington will return to Houston trailing 3-2. 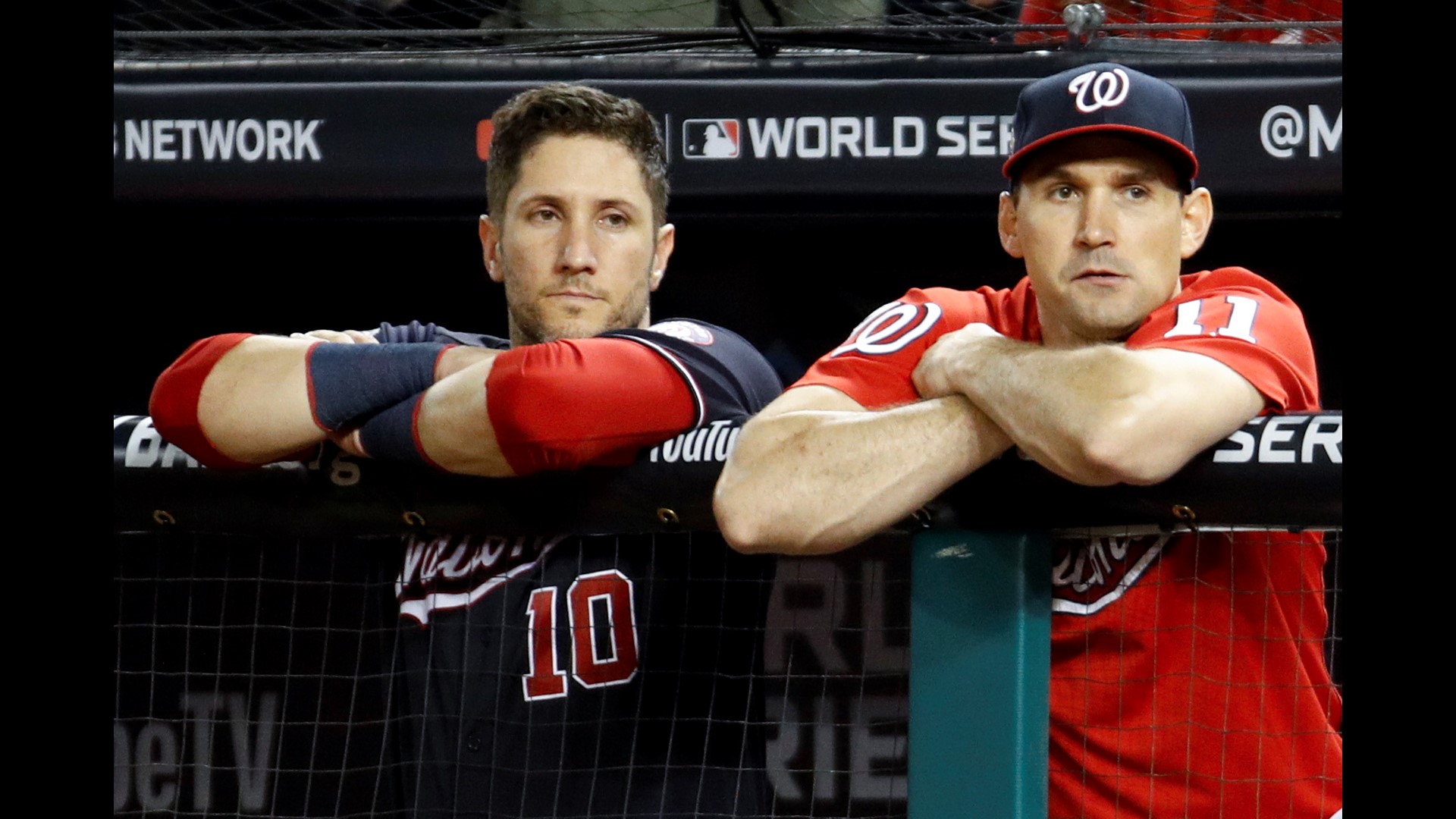 WASHINGTON — It was a night punctuated by strong reactions to President Trump's appearance at Nationals Park, by a new American hero who saved his beer by catching a home run off his chest, and, sadly, by one last disappointment before the World Series returns to Houston.

Related: Cheers, chants of 'lock him up' greet President Trump at World Series

Thing started ominously for Washington before the game even began, with Max Scherzer getting scratched from the Game 5 start due to neck spasms. Joe Ross took the mound in his place, and mostly pitched okay - except for getting burned on a couple pitches he hung that both turned into two-run homers.

And the Nationals lineup, outside a Juan Soto solo shot, failed to muster much on the night.

The away team has won every game of this strange World Series so far. Washington will have to hope that somehow continues.

Revisit our live coverage of Game 5 below:

Bottom of the ninth

Nationals can't make anything of their last chance. 7-1 final.

Middle of the ninth

George Springer crushes one off Daniel Hudson into the left field stands, the third two-run homer for Houston tonight.

Bottom of the eighth

In other news, here's a fun look at Soto's home run (and a fun fact about it!)

Middle of the eighth

Astros add another run to make it a four-run lead again, 4-1.

In better news, remember the guy who saved his beer by taking a home run ball off the chest? WUSA9 reporter Adam Longo found him:

"The ball was coming, I watched it, angled, put my chest down, that was it."

End of the seventh

Middle of the seventh

Sean Doolittle came into the game, giving up a walk and a single but working through it fairly comfortably thanks to a double play.

End of the sixth

A strikeout by Cole to end the Nats' sixth gives him eight consecutive outs without anyone reaching base. Washington hasn't had a hit since the second inning.

Let's take your mind off that with a lovely first pitch by chef José  Andrés:

Middle of the sixth

A deep flyout by Alex Bregman gave Tanner Rainey a slight scare, but it stays in the park and he works through a 1-2-3 sixth.

End of the fifth

Middle of the fifth

Joe Ross works through the fifth with the help of a double play.

Here's a look at WUSA9 reporter Adam Longo's very viral tweet on the reaction to President Trump at Nats Park:

End of the fourth

Nats still struggling to make headway against Gerrit Cole, with just a walk by Anthony Rendon that inning. Rendon's walk does bring his postseason on-base streak to 17 consecutive games.

Middle of the fourth

Joe Ross lets another one slip, hanging a pitch to Carlos Correa, who crushes it into the left field stands for a two-run homer.

End of the third

1-2-3 for the Nats against Gerrit Cole in the third.

Middle of the third

Joe Ross works through the third.

Here's a little bit about the fan who took Yordan Alvarez's home run off his stomach:

And here's the fan himself:

End of the second

Nationals threaten, putting men at the corners with just one out, but Victor Robles grounds into a double play.

Middle of the second

Yordan Alvarez smacks a two-run shot to center field, and it's 2-0 Astros. Ross is able to work out of the inning after that.

End of the first

Nationals go down 1-2-3 against Gerrit Cole.

Middle of the first

Joe Ross gets a double play to get things started!

A groundout to first and Ross works through a clean first.

The president has arrived:

Also if you haven't yet, see our report on how the Nationals owners asked not to be put in a position of turning down a request to sit with President Trump at tonight's game. 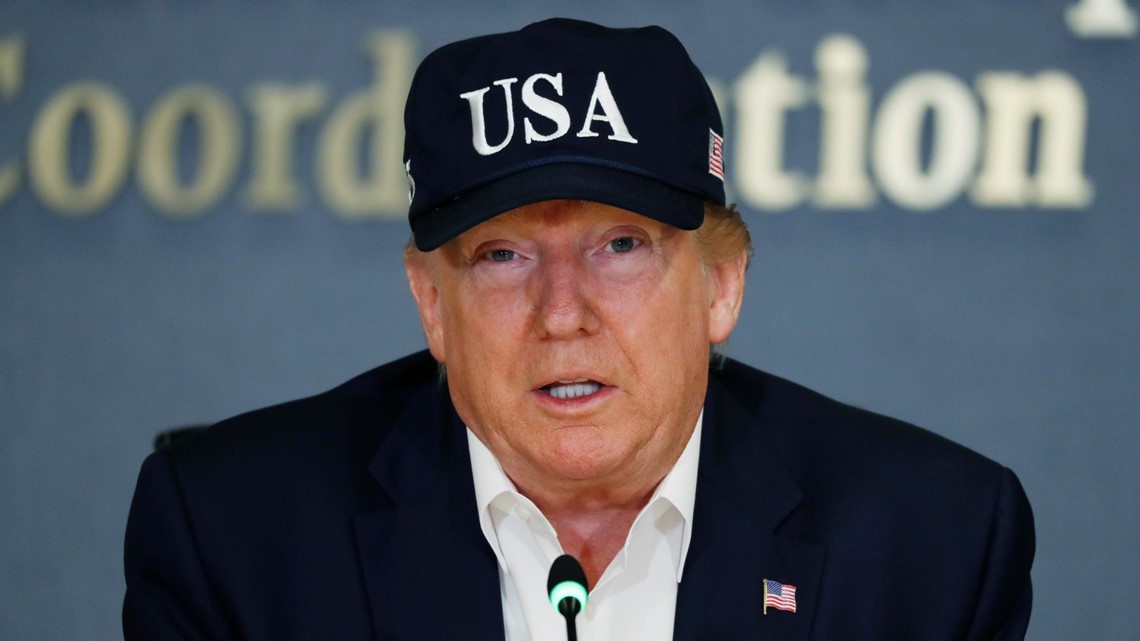 Source: Nationals owners requested they not have to respond to request to sit with President Trump at Game 5
WASHINGTON - WUSA9 has learned that the family who owns the Washington Nationals, the Lerners, asked Major League Baseball that they not be put in a position to respond to any requests that President Trump sit with them during Game 5 of the World Series at Nationals Park in Washington, DC.

Max Scherzer described how he's feeling in a press conference.

"I've pitched through so much crap in my career, that it would be easy to pitch through at this point. This is literally impossible to do anything with," he said, comparing his neck spasms to past injuries.

Things might have taken an unexpected turn, but that's not shaking Sean Doolittle's confidence:

WUSA9 Sports Director Darren Haynes offers a look at the security situation in the ball park, with Secret Service agents in place to oversee the president's arrival.

Related: What's next for the Nats after Game 4 loss to the Astros?

Elsewhere, fans were lining up at gates before 4 p.m. to get into the stadium.

Darren was also inside the Nats locker room as players gave pregame interviews. Washington has struggled the past couple games at the plate, in particular in scoring situations with runners on base.

The Nationals went just 1-for-19 combined with runners in scoring position in Games 3 and 4, and Anthony Rendon offered a tongue-in-cheek strategic breakdown of what Washington needs to do.

"So we have these bats, and usually you try to square it up and there's a baseball, and you hit the outfield grass and you get a hit," he explained.

Related: José Andrés, a staunch Trump critic, will throw the first pitch at Game 5, with Trump in attendance