Don't press your luck: Some Houston Astros are very superstitious

Baseball players are known for their superstitions and the Astros are no exception. 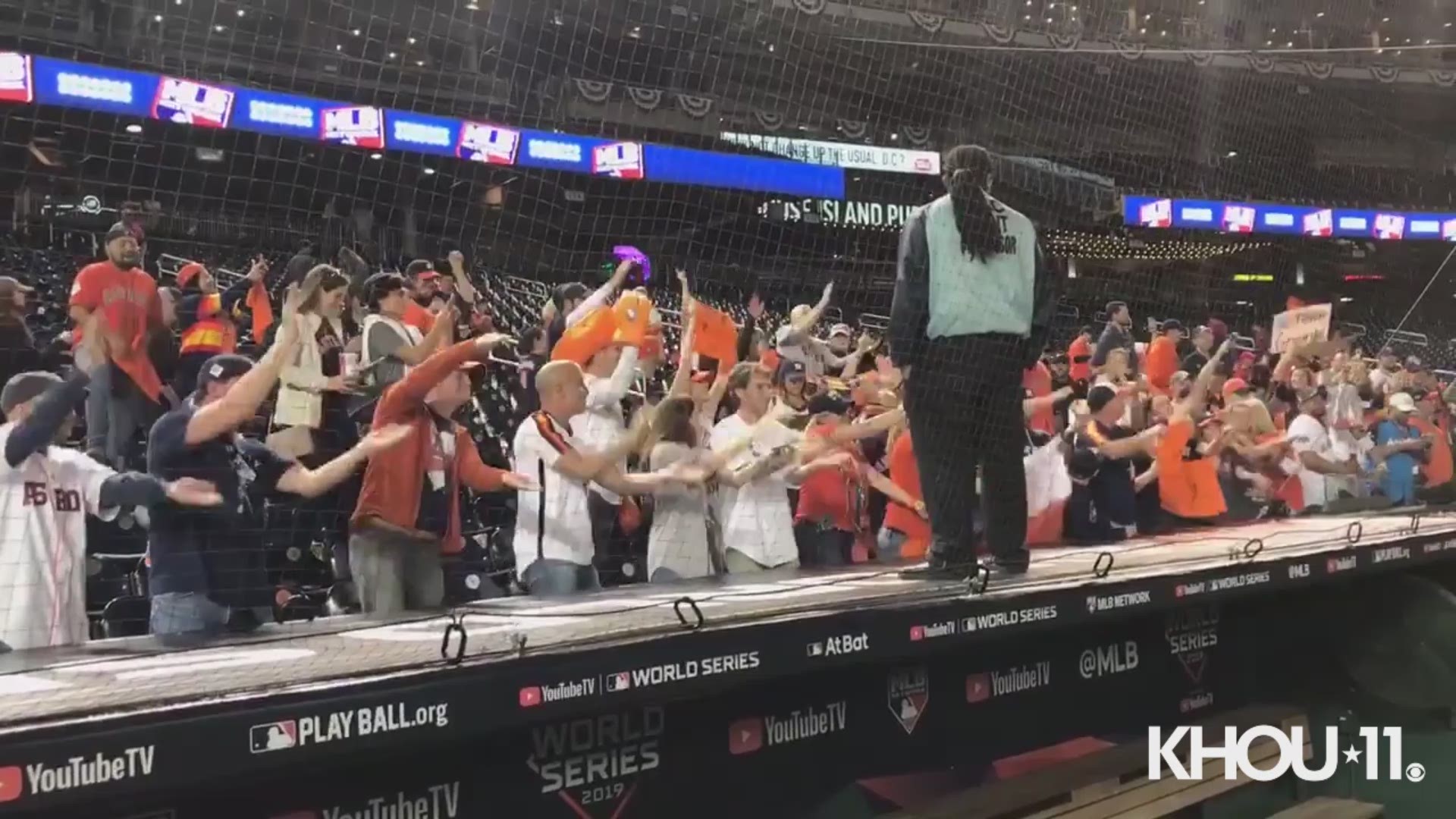 HOUSTON — Baseball and superstitions go all the way back to 1919 when the Red Sox sent Babe Ruth to the Yankees. The Curse of the Bambino wasn’t broken until 2004 when the Sox finally won another World Series.

The Chicago Cubs broke their famous Curse of the Billy Goat in 2016, 71 years after it started. Tavern owner William “Billy Goat” Sianis cursed the team when he and his goat weren’t allowed into Game 4 of the 1945 World Series. Sianis even bought a ticket for the goat, according to USA Today. The Cubs went on to lose to the Detroit Tigers.

Fast forward to 2019 and the Washington Nationals’ new mascot: Baby Shark. It started with Gerardo Parra’s 0-23 slump. He decided to start using “Baby Shark” as his walk-up song because his little girl loves it. Parra broke out of his slump, and the rest is history.

Enough about them. The Houston Astros have some superstitions of their own.

Most recently, third baseman Alex Bregman and his lucky shirt. Bregman was spotted wearing the red plaid shirt before Games 3, 4 and 5, which the Astros won.

"You'll probably be seeing that shirt, as long as none of my teammates rip it up because it might be a little smelly," Bregman told FS1.

Stinky or not, we say WEAR IT, Alex!

Bregman said Outfielder Josh Reddick has one of the more unique superstitions on the team.

"I think [Josh] Reddick might have the weirdest one with him putting on a Spiderman jumpsuit under his uniform for every game," Bregman told Barstool Sports in a podcast.

Josh and wife Jett even had a Spiderman-themed wedding, complete with a Spiderman vest, matching sneakers and wedding cake.

Game 6 pitcher Justin Verlander is more of a numbers guy when it comes to superstitions. Three is his lucky number. Three strikes, three up, three down, three outs. You get the idea.

Verlander always sweeps the pitcher’s mound three times with his cleat. He even uses the third stall in public bathrooms. (Ok, but what if someone is in that one? Does he wait?)

During Verlander’s MVP season in 2011, he told 12up.com that he ate Taco Bell the night before each start: Three cruncy taco supremes, a cheesy gordita crunch and a Mexican pizza. After a down year in 2013, Verlander scratched that tradition.

Wife Kate Upton spilled the tea on a more personal tradition during an appearance on Bravo’s “Watch What Happens Live.”

“There’s no sex before a game. Absolutely none,” Upton told host Andy Cohen in 2017. “And then, also what I just found out is, if he plays too well, there’s no sex after, either. He’s exhausted.”

Thank you for your sacrifice, J.V. and Kate!

George Springer told MLB.com he has a pretty simple superstition. If he has a good night, he’ll wear the same socks again. If not, he’ll put on a clean pair.

In the middle of the 2017 season, first baseman Yuli Gurriel flipped the switch on his normal haircut and showed up with a funky ‘do. It earned Gurriel the nickname “La Pina” because his hair looks like a pineapple. He hasn’t changed it yet and we’re not mad about it.

Teammates Jose Altuve and Carlos Correa say they don’t believe in superstitions. You do you, guys!

RELATED: Astros' Carlos Correa tied with Derek Jeter for most home runs in a World Series by a shortstop