Willie Calhoun: a new man for a new season

How Rangers outfielder Willie Calhoun made an intriguing decision on his way to dropping 25 pounds in the offseason and adjusting his attitude. 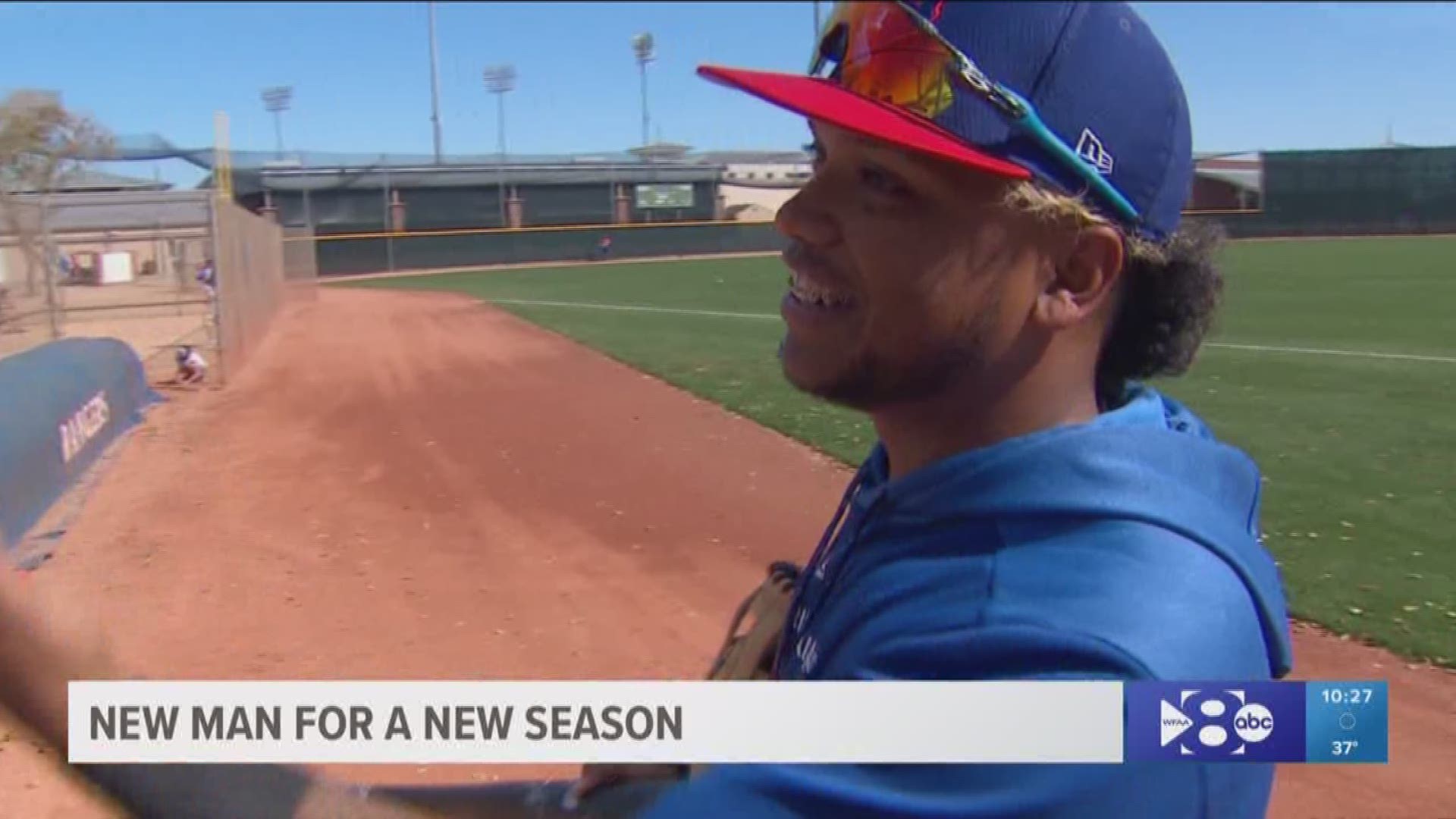 SURPRISE, Ariz. — When you check out pictures of Rangers outfielder Willie Calhoun, there is a noticeable difference between this season and last.

Now, they may not be the kind of before and after pictures, you'd use to try and sell a diet product, but it’s clear to see he's is a changed man.

Calhoun slumped last season, playing in just 35 big league games. His batting averaged plummeted to just .222. The former top prospect struggled to get on base and didn’t do much better handling failure.

"I was in a bad state of mind,” said Calhoun. "I was always down on myself really hard on myself."

The poor performance prompted an ultimatum from the Rangers brass. It started with fitness. So, interestingly enough Calhoun splurged one last time.

"I went to California for 10 days, went back home,” he said. "I made sure I at all the foods that I knew I would be craving.”

With temptation in the rear view, the 24-year California native opted against spending the offseason at home and instead moved to Dallas to work out with teammates. The decision paid off. He dropped 25 pounds.

"I’ve always been told you can’t out-train a bad diet, you know, but I never really bought into it until this offseason. There’s a truth behind that."

The makeover was not limited to his physical appearance. Calhoun making an effort to change his mindset, as well. And it’s been noticed.

"I think he is a new man, honestly just like all around,” said Woodward. "You look at the body’s different, just his mentality his commitment to his daily routine is different."

Now he gets to enjoy the fruits of his labor. He says he feels, “lighter on his feet,” and is better equipped to make the opening day roster.

"My whole mindset kinda changed, my whole outlook on things. Instead of being so negative all the time I just try to look at it as a positive,” Calhoun said.

When asked if it feels like a second chance, Calhoun didn’t hesitate, "I do, yeah I do,” he said,  "because the Rangers they’ve always believed in me and this really benefitted me because they put that much more belief into me."

He’s right. And that belief is now stronger than ever.

"We all trust in who he’s become,” said Woodward, "so regardless of whether he makes the team we all love the person he is now. He will be a big part of this organization moving forward."

So, who needs a diet ad? It’s more like Willie Calhoun the self-help guru.