Texas Rangers hoping Rougned Odor has it figured out

Rangers second baseman Rougned Odor was mired in a slump that lasted a year and a half before breaking out in the second half last season. The Rangers are counting on him to continue that turnaround in 2019. 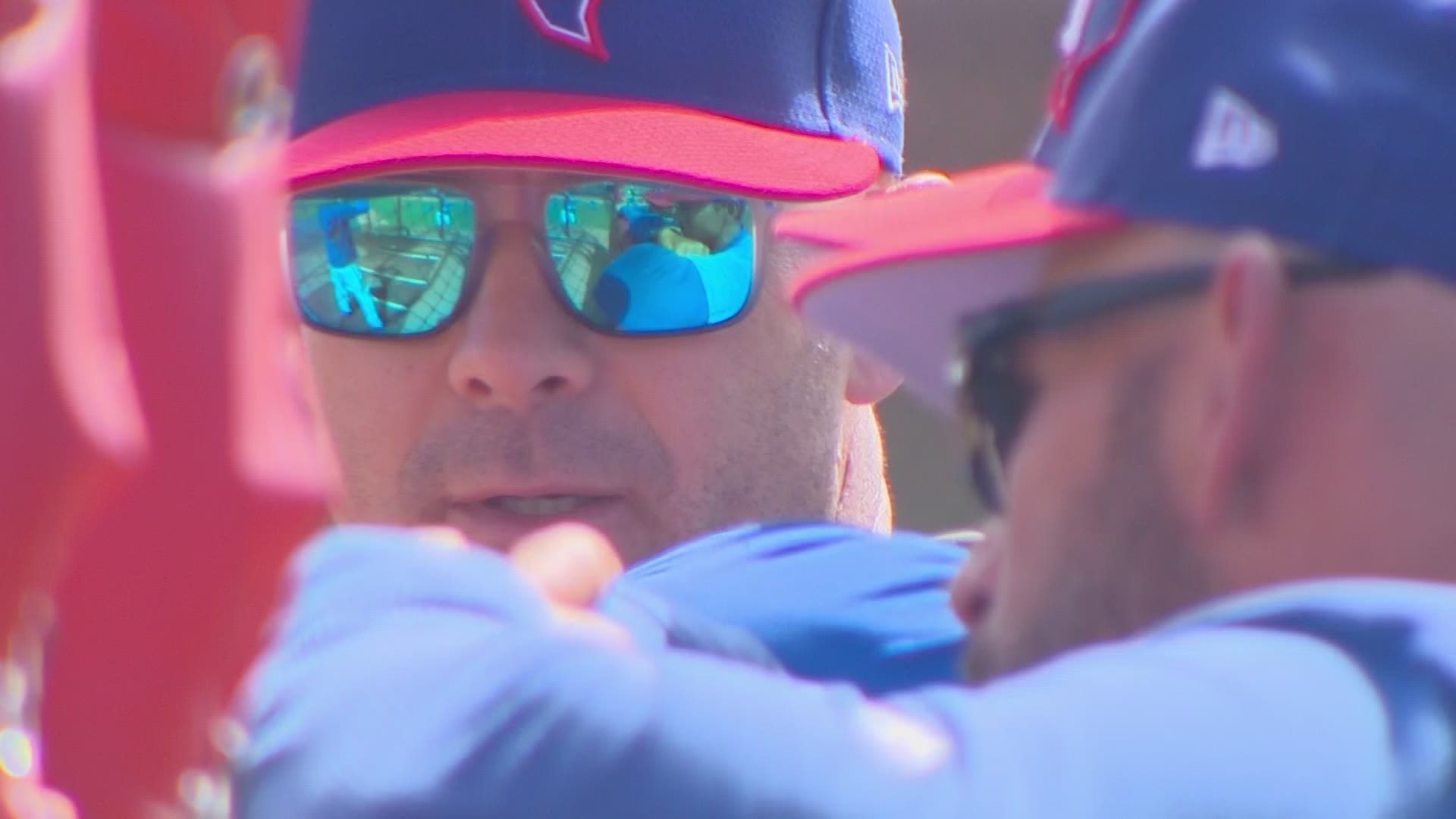 As we draw ever closer to the end of Spring Training, we continue to work our way around the diamond to preview the 2019 Texas Rangers. This time, we come to a position that had the bleakest of beginnings but ended up being one of the bright spots in 2018 and offered hope for the future.

Rougned Odor had signed off on a six-year contract extension just prior to the 2017 season, a campaign that saw him play in all 162 games, crush 30 homers and walk a phenomenal (for him) 32 times. Of course, with that came a strikeout per game – 162 and a very low batting average of .204 in what was ultimately a disappointing year for a player who was seen as a future cornerstone.

In 2018, the Rangers weren’t necessarily looking for that power game to continue – they had Joey Gallo, Adrian Beltre and Nomar Mazara to help supply that. Instead, they were looking for Odor to work on his approach at the plate, practice patience, and improve upon his defense at second base with the hopes that he could become a more well-rounded player and reclaim his considerable mojo.

Don’t let the season totals fool you. 2018 seemed like a lost year for Odor, really for the first two months of the season. In a way, that makes the season totals that much more impressive. At the end of May, Odor was at his 2017 season batting average - .204. For someone being counted on as part of the future core of the club, this certainly wasn’t going to do. Odor had now slumped for virtually all eight months of his tenure as a lineup regular following his contract extension.

For whatever reason – maybe it was the whispers of being sent down, maybe it was the questions of whether the extension was premature – June came upon the calendar and Odor began a tear that would last nearly three months.

For all intents and purposes, Odor was the MVP of the 2018 Texas Rangers’ second half.

On top of that, Odor’s defense drastically improved. It wasn’t just the flashy dives and sliding stops, it was the simple plays that would have previously eluded him. He displayed an increased concentration and confidence with the glove, playing his way into being a Gold Glove finalist at the keystone.

When asked during this year’s Spring Training what it was that prompted the 180 on his performance in the field, Odor said that he was just completely invested in every play, concentrating more on reading the ball as it came off of the bat.

Whatever changed from before last season has obviously worked, at least in Odor’s ability in the field, and his overall second half has left the Rangers far more hopeful about the future at second base than at the beginning of the year.

It’s Rougned Odor’s world at second base in Texas for the foreseeable future. The Rangers are banking on the last ¾ of the 2018 season not being a flash in the pan. From all indications in Spring Training thus far, Odor is showing signs of consistency.

In the span of 22 at-bats, Odor has racked up 7 hits, 3 doubles, 3 homers and 5 RBI. It’s not a sustainable pace through the regular season, but the key is going to be whether Odor can continue to maintain this productivity on average through the season.

The other question is whether Odor can maintain an “Iron Man” type status. In 2017, Odor played in every single game. In 2018, there was an early hamstring injury for Odor that landed him on the disabled list, but otherwise, the 25-year old could be counted on to be a mainstay in the lineup. In fact, in every year since he came up. Odor has played in over 110 games. That reliability may be why Texas decided to divest itself of most of its infield depth this winter.

Jurickson Profar, probably the most likely candidate to be the next man up at second base, was traded to Oakland. Hanser Alberto had been DFA’d and has been claimed by several teams since then. Drew Robinson proved himself to be a 4A player and is no longer on the team. Isiah Kiner-Falefa’s efforts will be more focused on building his skills at catcher.

For the most part, however, it’s going to be Odor that manager Chris Woodward counts on holding down the right-middle of the infield and a spot in the lineup day in and day out.

Do you think that Rougned Odor will build on his second half from last season and have a good year or do you see him reverting back to his lackluster 2017 form? Share your thoughts with Matt on Twitter @FisherWritesMLB.