Shortstop Elvis Andrus has ascended to leader in Texas

Elvis Andrus learned as a rookie from Omar Vizquel, watched Michael Young lead as a young player, and then became a part of baseball’s best friendship tandem with Adrian Beltre. Now it’s his turn to rule the clubhouse. 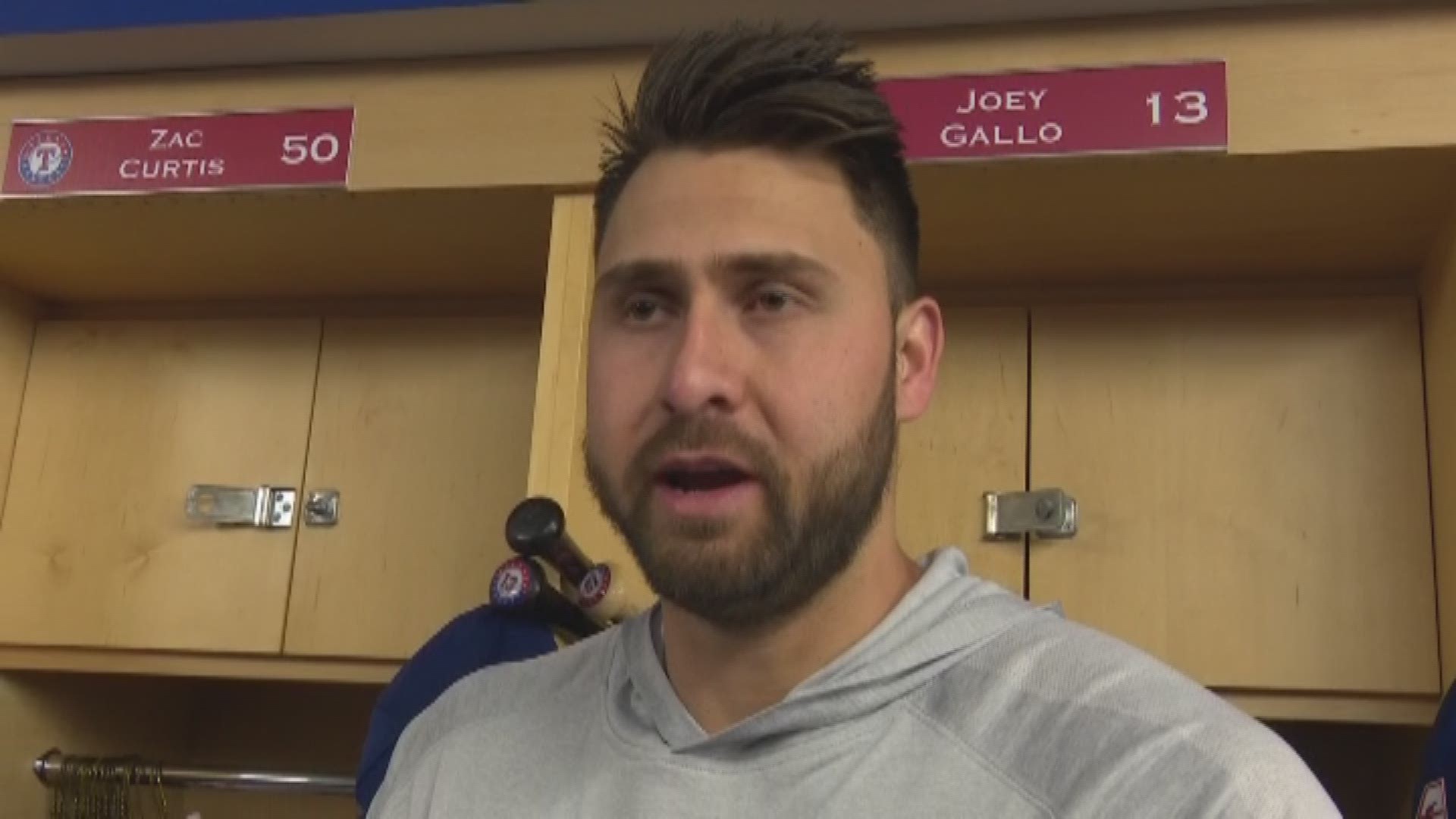 With just ten days left before the 2019 campaign begins, our position preview continues around the bases. Today, we’re coming to the position that has been fairly cemented for the last ten years.

Coming off of a career year, in which he hit .297/.337/.471, Elvis Andrus’ progression through his prime years (nine years after his debut) was projected to be one of the brightest spots for the 2018 squad. The Rangers’ shortstop experienced a power surge in 2017, swatting 20 homers, far and away the most of his career.

The home run binge showed an adaptation to today’s game – his strikeouts increased by 30 over 2016, but the power stroke seemed to be worth it. For a player continuing to develop and grow, even as long as he had been in the league, how he performed in 2018 was going to be watched closely. 2018 was also going to be the last year before Elvis could opt out of the contract extension he signed prior to the 2013 season.

All of those plans and projections were quickly defenestrated on April 11th, however. In the bottom of the 9th inning against the Angels that evening, a Kenyan Middleton 97-mph fastball found its home in Andrus’ elbow and he found a place writhing in the dirt with a broken elbow.

For the first time in his career, Andrus would hit the disabled list. Up until that point, the fewest games that Andrus had played in any one season was 145 – that was his rookie year in 2009. Did that pave the way for Jurickson Profar to shine and re-up his value? Yes, but the detriment to Andrus’ career path may have been greater.

Elvis ended up playing in only 97 games last season, and never got everything all the way back upon his return. He ended with a slash line of just .256/.308/.367, amounting to a career low. Nobody faulted Andrus, as an injury that keeps you out for 6-8 weeks is bound to derail anybody’s momentum, but it ended up having a chain reaction for the future of the club.

Elvis ended up not exercising his opt-out, no doubt needing to rebuild his value before potentially entering the free agent market. Profar, who could have slid right into the shortstop position, ended up being traded to Oakland.

Elvis may not have exercised the opt-out anyway, but one freak accident ensured that he would stay in Texas at least through this next year.

Perhaps more of a concern than whether Elvis can get back to or improve upon his 2017 season is the lack of depth in the middle infield. As we saw when previewing second base, Rougned Odor is backed up by a player that is slated to be the opening day third baseman and a backup catcher. The same situation applies to Elvis Andrus.

RELATED: Texas Rangers hoping Rougned Odor has it figured out

Asdrubal Cabrera is going to open the season at third base and Isiah Kiner-Falefa is focusing more on catching duties. That really does not leave manager Chris Woodward with a lot of options behind his middle infield. As far as internal options, there’s a lot of talent that is NOT Major League ready yet – Anderson Tejada, Michael De Leon, Eli White, Brendon Davis and plenty of others, but nobody that wouldn’t be hurt by jumping to the big league staff.

The Rangers have a couple of guys in camp like Nolan Fontana and Danny Santana who have limited big league experience at the position but they lack a high level minor league option, or even a true shortstop off the bench, such as a guy like Hanser Alberto over the last few years.

To that end, Major League journeyman Logan Forsythe probably has a spot on this roster as a utility player. Forsythe has played at each infield position, although second base has been his primary home over his career. While the rest of the farm system catches up to be ready to be used as trade bait later this year or next, having a veteran player with nothing to lose but a lot to gain in Forsythe might be the best route for the team.

As far as Elvis goes, while he was thrown for a loop when his elbow broke, he still managed to put up a season worth more than one WAR. His “bad” season was still pretty acceptable by league shortstop standards and his defense held true in a season where he turned 30 years old. Now entering his 11th season as the Rangers’ shortstop, fully healthy, there can only be good things to come for the Venezuelan.

After years of being the understudy behind first Michael Young and then Adrian Beltre, the clubhouse is now Elvis’ to run. It still feels like Elvis Andrus is the kid brother of the team but in truth, he’s one of the longest tenured Rangers in team history and he’ll be counted on to become the team leader that he has been groomed for his entire career in the absence of Beltre.

There’s more incentive to this year as well – Elvis has the right to opt out again after this season. With the way the free agent market is going, perhaps that’s not exactly an enticing choice. Andrus though could be one of the most consistent forces in the Rangers’ lineup, building towards maybe another large payday.

If Andrus opts to stay with the club after this season, he’s still on board for another three or four seasons and could still enter the free agent market at a decent age. Of course, if he ends up with a great year, Texas could always choose to renegotiate his contract and keep him a Ranger for the rest of his career.

Regardless, shortstop isn’t as simply cut-and-dried and token as it looks on paper. There’s a lot to watch in 2019 as far as this position goes.

Do you see Elvis Andrus bouncing back to his 2017 form with a healthy season or do you think it’s time after a decade to start to look for the shortstop of the future? Share your thoughts with Matt on Twitter @FisherWritesMLB.