Position preview: Texas Rangers counting on Ronald Guzman at first base in 2019

After a decent rookie season, the Rangers will turn again to Ronald Guzman at first base but 2019 could be the season where Texas learns if Guzman will be the answer at the position long term or not. 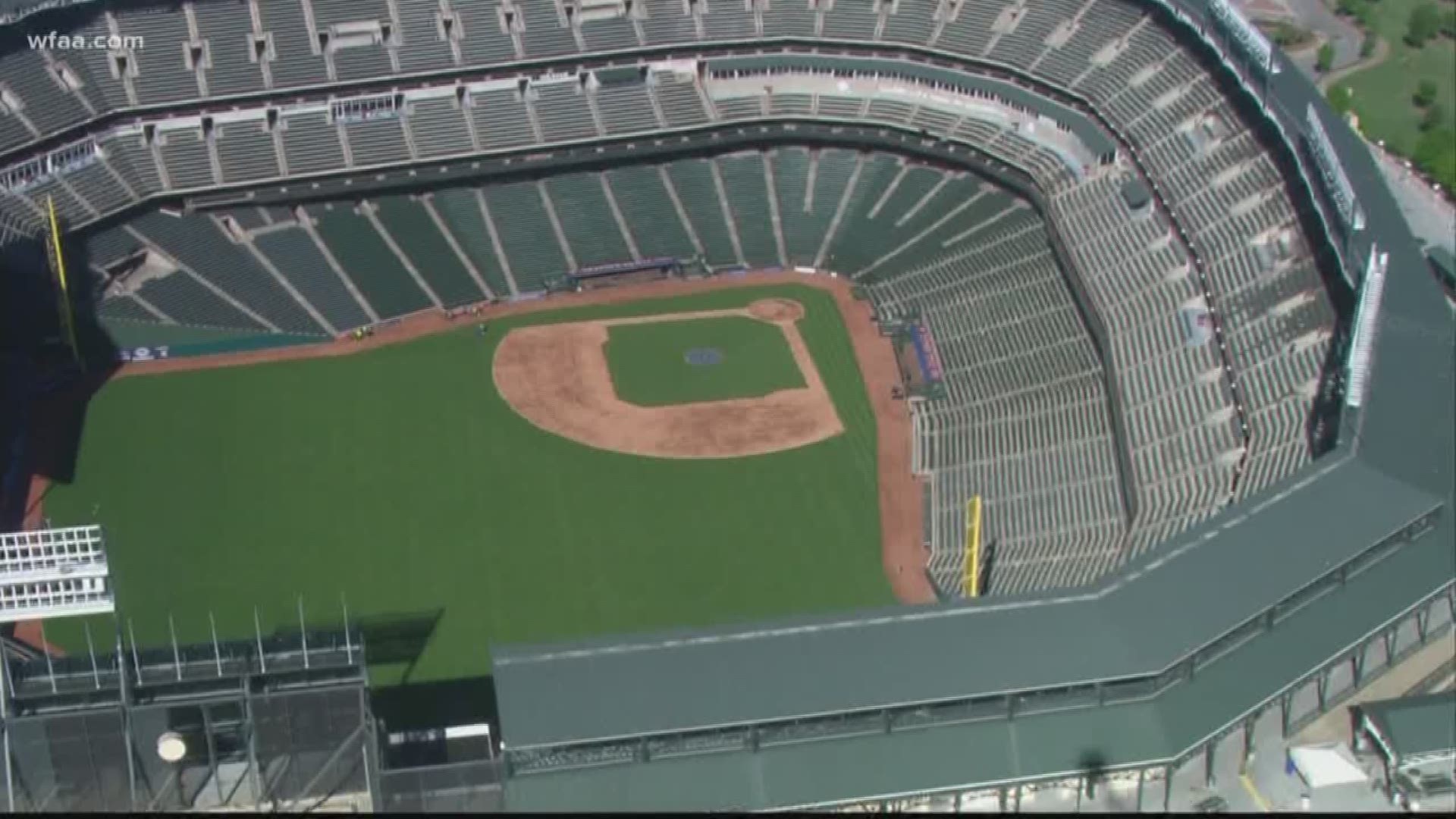 As we continue our trek around the diamond to look at the state of the Texas Rangers as they begin Spring Training ahead of the 2019 season, we head to the right side of the infield to examine first base.

It is first base that Texas started with one hopeful glimpse into the future in 2018 and evolved quickly into another that will make up much of the story for 2019.

With Adrian Beltre returning for his last season in baseball, and the Rangers’ outfield looking relatively crowded, the best place to stash Joey Gallo was going to be first base. The alternative was either Ryan Rua, who had had opportunity upon opportunity to shine in both the outfield and at first and could not capitalize, or Jurickson Profar, whose super utility skills would be needed elsewhere. When you have a 40 home run bat, though, you work that into the lineup. And thus, Gallo opened 2018 as the first baseman of the present and future in Texas.

Gallo, whose athleticism affords him many more opportunities to be deployed by his manager, only played a handful of games at first before an untimely accident paved the way for the next first baseman of the future.

Elvis Andrus ended up being drilled with a pitch in early April, sustaining a broken elbow, and the positional carousel began for Texas. Profar would be pressed into full time duty at shortstop, Rua would become more of a roaming fourth/fifth outfielder and Joey Gallo would assume the majority of the load in left field where he started to blossom as a big arm, surprisingly agile fielder with the space to roam.

That left first base open, and that prompted the Rangers to summon their 23-year old prospect Ronald Guzman. Guzman – a once heralded international signing – was known for being a spectacular defender at first base while having some untapped upside with the stick, while still needing refinement in that area. Power wasn’t to be expected, but Texas was looking for more of a defensive upgrade than an offensive replacement and after a full season at Triple-A ball, where he hit nearly .300, Guzman had earned his shot.

Guzman would show very quickly why he earned the Rangers’ Minor League Player of the Year award the previous year. On top of showcasing some dazzling stretches, quick reflexes and deft hands at first base, saving some of his infield from some throwing errors, the 6th best prospect in the Texas system at the start of the year also got off to a hot start at the plate, racking up five hits in his first four games, including his first Major League home run.

While the bat eventually cooled off and Guzman levelled out at a .235 level, his defense proved invaluable with Beltre’s arm showing its age more frequently than years prior and Profar having some severe throwing issues as a result of his shoulder surgeries. In a year where the Rangers were more about development than contention, Guzman was able to stay on the Major League roster the rest of the year, playing in 117 games at first.

The highlight of Guzman’s year came on Aug. 10 when he hit three home runs against the New York Yankees at Yankee Stadium to become the youngest player in history to swat three homers in a game in their building. Overall, Guzman’s 16 home runs with Texas were the most he had hit at any one level in a season in his career.

Guzman isn’t a typical power-hitter relegated to a traditionally power-first position. The strides he needs to take are offensively. With a year of seeing Major League pitching under his belt, Guzman will need to make adjustments and be better about his pitch selection.

Guzman racked up 107 strikeouts last year; for a low average hitter, that’s not ideal. But the 24-year old hasn’t been a .230-.240 hitter over his years in the minors – he leans more towards the .270-.280 side. If he can make those adjustments and hit that way in the Majors, he’ll have a successful 2019 and give the Rangers reason to believe that he can be a part of the core as the Rangers move gradually toward contention.

Defensively, Guzman has all the tools and savvy at first base to be a Gold Glove winner. Minus a stint on the concussion list, Guzman proved to be a durable and reliable presence on the roster. With the club seemingly committed to keeping Joey Gallo in the outfield, Guzman is the first baseman of the present for Texas. Should anything happen during the season, the Rangers have enough outfield depth to allow Gallo, a good defender at first base in his own right, to hold down first.

On the depth charts, Matt Davidson is listed as a first baseman. The former White Sox, though, has played more games at third than at first. On top of that, the Rangers are looking at using the 27-year old as a two-way player, making his impact and contribution at first base unlikely and unforeseeable.

No, first base is Ronald Guzman’s coming into 2019. His value defensively might outweigh his contributions with the bat – but if he can do a little growing at the plate, the Rangers would certainly take that, going forward.

Do you think that Ronald Guzman is the answer long term at first base for the Rangers? Share your thoughts with Matt on Twitter @FisherWritesMLB.