The Texas Rangers had an active winter ahead of the 2021 season. Which moves will make the biggest impact as they look to get out of the cellar in the AL West? 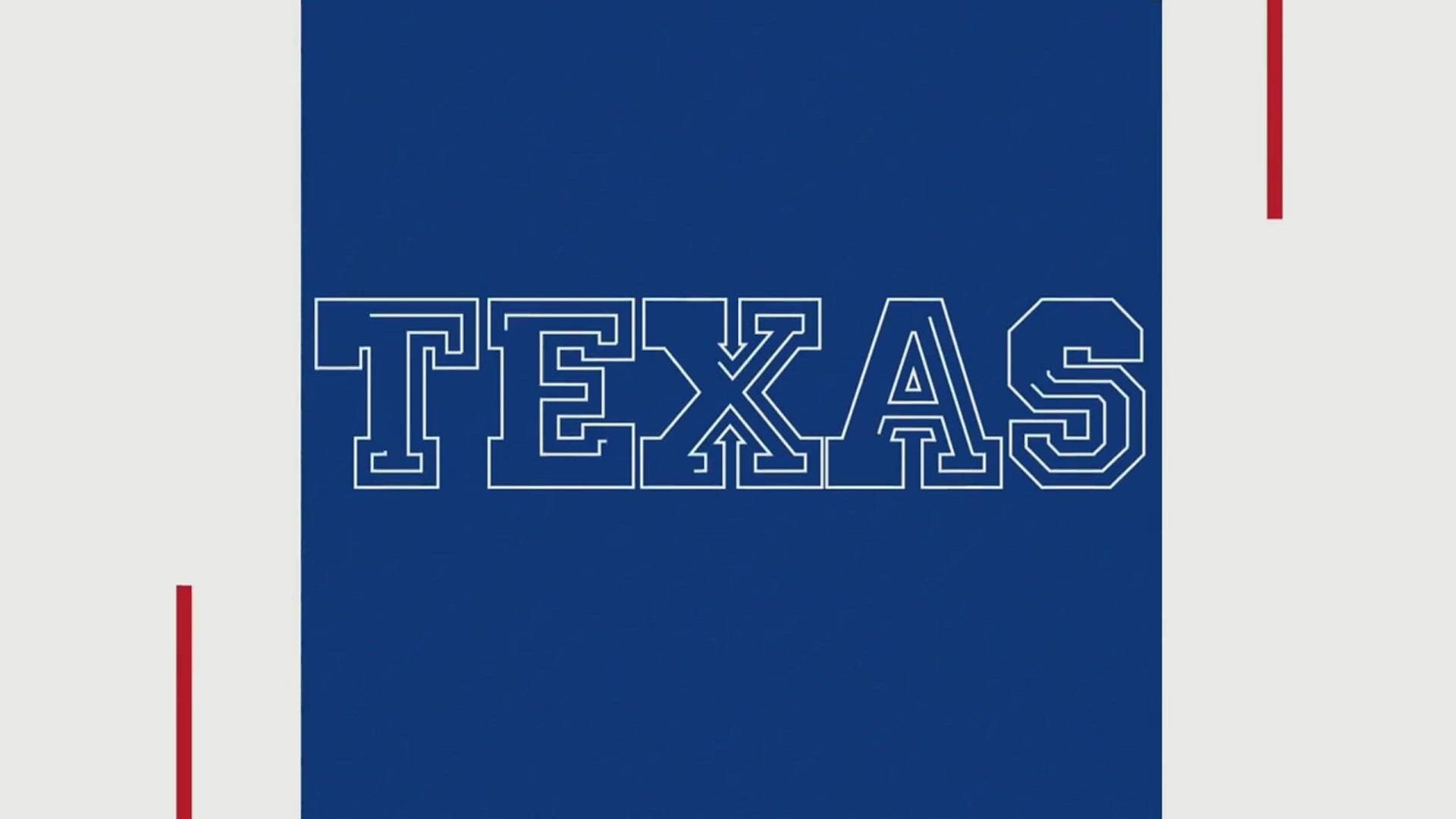 DALLAS — The Texas Rangers had an abysmal 2020 “bubble” campaign in which the only excitement from the shortened season came from whether or not they’d be able to wrestle the No 1. overall draft pick away from the Pittsburgh Pirates.

Unfortunately, the ghost of Tim Bogar inspired the team to beat out the Pirates for a solid second-to-last finish in all of baseball as they brought up the rear in the American League.

When the Rangers entered this offseason, it was hard to have expectations – good or bad – about what the team would try to do to put a better team on the field. What followed has been somewhat surprising to everyone.

The Rangers turned heads in the baseball world by announcing in early December that Chris Young had been hired as their new general manager. This announcement came on the heels of owner Ray Davis promising after the season that Jon Daniels was going nowhere.

Rangers owner Ray Davis said he is embarrassed by what happened this year but excited about the young players and the plan going forward.

Strongly supports GM Jon Daniels. Said JD knows how to build championship teams. Done it before and can do it again.

No plans to sell team

While Davis kept his word by at least keeping Daniels with the team, it was Young who made an immediate impact in his new role, positioning the Rangers as one of the most active teams early in the winter.

There were no blockbuster trades or marquee free agent signings for a team still trying to figure out a timeline for contending, but several of the Rangers moves, both internal and external, were notable and deserve our attention.

Of these moves, which ones will have the biggest impact on the team moving forward? Let’s take a look.

Of the major sports owners in Dallas-Fort Worth, Ray Davis is best known for avoiding the spotlight. Daniels has far and away been the “voice” of the Rangers front office for several years now and so it was surprising when Davis spoke at length about the state of his team after the 2020 season.

Notable among his comments were his admittance that the Rangers are indeed rebuilding, his double down on his faith in Daniels and his long-term plan, and his insistence that he is going nowhere anytime soon as the owner of the franchise.

While it may not have been what fans wanted to hear, there was at least some clarity from the owner of the team about their current and their short-term plans.

On Dec. 4, Chris Young was introduced as the new GM for the Texas Rangers, with Jon Daniels staying with the organization as President of Baseball Operations. This move was surprising for a couple reasons.

First of all, owner Davis had not foreshadowed any type of organizational shift in his news conference earlier in the offseason, and most fans were not aware of just how prized a GM candidate Young had become since the former Rangers hurler had retired a few years ago and joined the commissioner's office.

This move also ushered in new waves of skepticism about the organization’s direction, and how big of a shift would actually take place with Daniels staying put. Would Young have any control over the actual moves he is making, or would JD still be orchestrating things behind the scenes?

While much of that remains to be seen, Young made an immediate impact on the organization with a flurry of mid-level moves that should answer for now whether he will be able to make his own mark on this franchise.

For several seasons, the Rangers have avoided having to admit that they are rebuilding. This has been a source of frustration for fans as they have watched players who were a significant part of the team’s success early this decade continue to get playing time despite playing extremely poorly at their positions for the past several seasons.

Most notable among this group are the two players who have made up the middle infield for the Rangers since Rougned Odor helped usher in Ian Kinsler's departure after the 2013 season. The other, of course, being Elvis Andrus, who has been the club’s starting shortstop for more than a decade.

As an admission of moving forward, the Rangers asked Andrus to take on a utility role in the infield to make room for 2020 Gold Glove third baseman Isiah Kiner-Falefa to take over at shortstop. This move meant that not only Andrus, but Odor also, would be fighting for playing time around the diamond to open the 2021 season.

This was the clear announcement to players and fans that the rebuild was here and no one was safe. Players such as Nick Solak and Willie Calhoun should now have more opportunities to crack the lineup and try to sink or swim with the team no longer committed to catering to veterans.

Now that the hot corner has been freed up, Rangers 3B prospect Josh Jung is among those on the Rangers farm who may benefit from this move quicker than others.

Jon Daniels was widely questioned for not moving Lynn at the trade deadline in 2020 and the assumption was that when the Rangers eventually parted ways with their stocky Opening Day starter that they wouldn’t receive anywhere close to market value.

Young wasted no time putting the Lynn drama to rest by orchestrating a trade with the Chicago White Sox just a week into his tenure. While the return of Dane Dunning and Avery Weems isn’t sexy, most people around baseball agree that the Rangers fared well in this transaction.

Dunning should open 2021 in the Rangers rotation, and Weems, while still viewed as a project, has potential as a left-handed pitcher who will add much needed depth to the Rangers overall system.

Dunning also gives the Rangers their third member on the MLB’s top 100 prospect list, which is a sign that their depleted farm system is slowly rounding its way into form.

Nate Lowe had been mentioned as a potential fit with the Rangers at first base, and Young went out and got him. Lowe is a left-handed first baseman who came over from the Tampa Bay Rays, and he is expected to be the Rangers Opening Day first baseman in 2021.

There is a lot to love about this type of move from Young, who stepped outside of the typical rebuilding tool kit by executing this trade. The Rangers wanted Ronald Guzman to seize the first baseman role in 2020, and, while circumstances weren’t favorable for anyone last year, he was unable to do so.

Trading for Lowe doesn’t mean the end of the road for Guzman – especially after he stepped up and won the Dominican Winter League MVP – but it certainly adds another long-term option should Guzman continue to struggle at the plate.

Meanwhile, Lowe has flirted with joining top prospect lists over the past few years and comes from a Tampa Bay club that seems to be a pipeline for diamond-in-the-rough Major Leaguers in recent years.

Lowe is also young and has several years of affordable control left which make this move the definition of low risk and high reward for the Rangers. Additionally, the Rangers were able to execute this trade without parting ways with any top prospects, so the impact to the overall rebuild should only be a net positive.

Bringing in outfielder David Dahl as a free agent on a one-year deal represented another low-risk, high-reward move that is typical of teams who are rebuilding. Dahl had his moments with the Colorado Rockies – including an All-Star appearance in 2019 – and although he was absolutely terrible in last year's shortened campaign, it’s hard to grade anyone on 2020 unless a curve is applied.

During that 2019 season in Colorado, Dahl batted .300 in 100 games for the Rockies and can stabilize the Rangers left field situation with Nick Solak expected to move into a more consistent role at second base.

Dahl, the No. 10 overall selection in the 2012 draft, will turn 27 this season and should be an offensive and defensive upgrade to the current Rangers roster, and should give them more flexibility this season than they had in 2020 when younger players were brought up out of necessity quicker than the Rangers would’ve liked.

Though Dahl’s main issue is with a lengthy injury history, if he’s able to stay healthy, he can play a key role for a rebuilding Rangers squad. And, should he perform well, the Rangers control Dahl via arbitration through the 2023 season.

There are still plenty of questions surrounding the Rangers as they inch closer to the 2021 season. Will they trade Joey Gallo or Elvis Andrus? Will Josh Jung establish himself as the third baseman of the future? How will the rotation shake out without Lance Lynn leading the way?

What we do know is this, the Rangers are rebuilding, and while the moves they have made this offseason don’t promise instant success, they give us something to pay attention to and, after 2020, that’s a step in the right direction.

Which move this offseason do you think will pay off the most for the Rangers in 2021? Share your thoughts with us on Twitter @BaseballTX.