As of Dec. 18, construction to the new home of the Texas Rangers was 89% complete 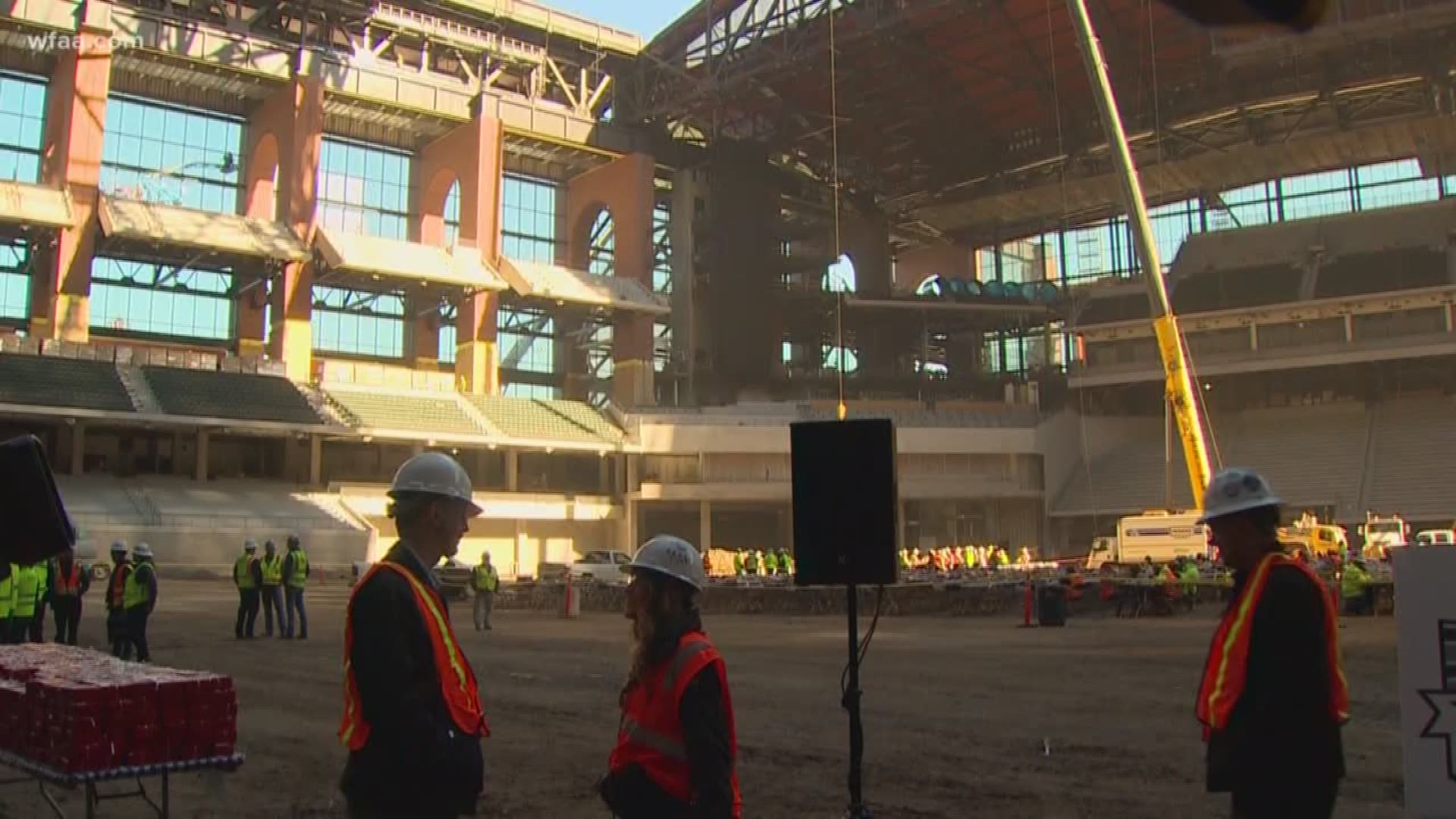 FORT WORTH, Texas — A fire that broke out in the sub-roof at the under-construction Globe Life Field will not delay the stadium's March opening, officials said Wednesday at a holiday celebration with construction workers and the Texas Rangers.

As the 1,600 construction employees got a holiday lunch and a hello from some of the Rangers themselves, WFAA got a look inside the new stadium.

"If I leave the building even mid-morning or by mid-day things change," said Rob Matwick, the executive vice president of ballpark operations for the Texas Rangers, of construction. "It's moving that fast."

That progress seemed at risk last Saturday after a fire broke out in the sub-roof on the third baseline. It was caused by sparks from a welder, said officials with the Arlington Fire Department.

No one was injured during the fire, but there were some initial concerns it would lead to an opening delay.

"Oh, I was kind of scared for a little bit because I was like, 'Oh, I hope that doesn’t delay the process," said Rangers pitcher Taylor Hearn.

But Wednesday, Manhattan Construction ensured there would be no delay.

"Does not affect it at all," said Greg McClure, vice president of Manhattan Construction.

McClure added they've had some safety educational moments since the fire.

"We’ll have a brand new roof put back in within a couple of weeks, by the first of the year pretty much," he said.

So far, more than four million man hours have been put into construction of the new stadium, which began in September of 2017.

Now the focus is on the field.

"The sun’s shining in, the glass windows, everything," said catcher Jose Trevino. "It looks awesome."

The focus is also on the fans and the future.

"Obviously it's going to be exciting just with the new ballpark, so a lot of fans will come and check the ballpark out," said team manager Chris Woodward. "But we want to provide them with a championship team on the field."