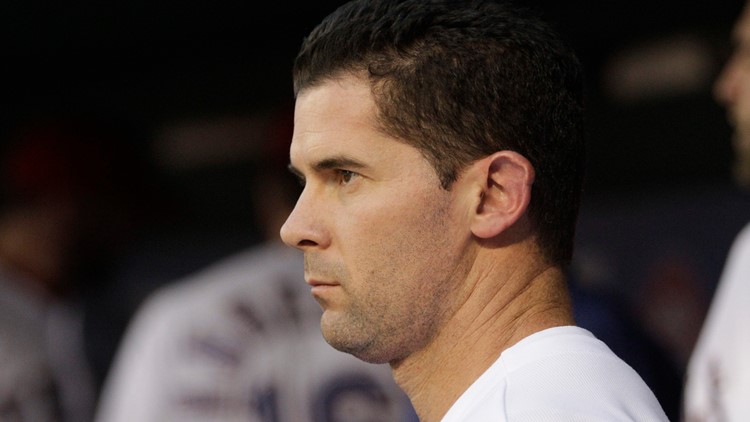 DALLAS — Michael Young is about to join an esteemed club.

At 6:40 p.m. on Aug. 31, The Texas Rangers will retire his number 10 during a ceremony before the game against the Seattle Mariners at Globe Life Park in Arlington.

Young will become the fifth Ranger to earn this honor and will join Hall of Famers Nolan Ryan and Ivan Rodriguez, as well as Adrián Beltré and former manager Johnny Oates.

Young was acquired by the Rangers in July of 2000 in a deal with the Toronto Blue Jays. Since then, he's played 1,823 games, a team record.

Earning a gold glove at shortstop in 2008, Young started at all four infield positions during his career with the Rangers. He batted at least .300 in seven seasons and won the A.L. batting title in 2005.

“His contributions to the Texas Rangers franchise have been extraordinary," Davis said. "On the field, Michael was one of the top hitters in the American League for over a decade and served in a strong leadership role. Off the field, his contributions in the community have had a huge impact in so many ways.”

Tickets are available for the Aug. 31 game here or can be purchased at the first base box office at Globe Life Park.