'We're all dressed up for a party with nowhere to go': Texas Rangers deal with delay opening of Globe Life Field

The coming-out party for the Rangers new $1.1 billion baseball palace is on hold indefinitely, as the community gets through the COVID-19 crisis. 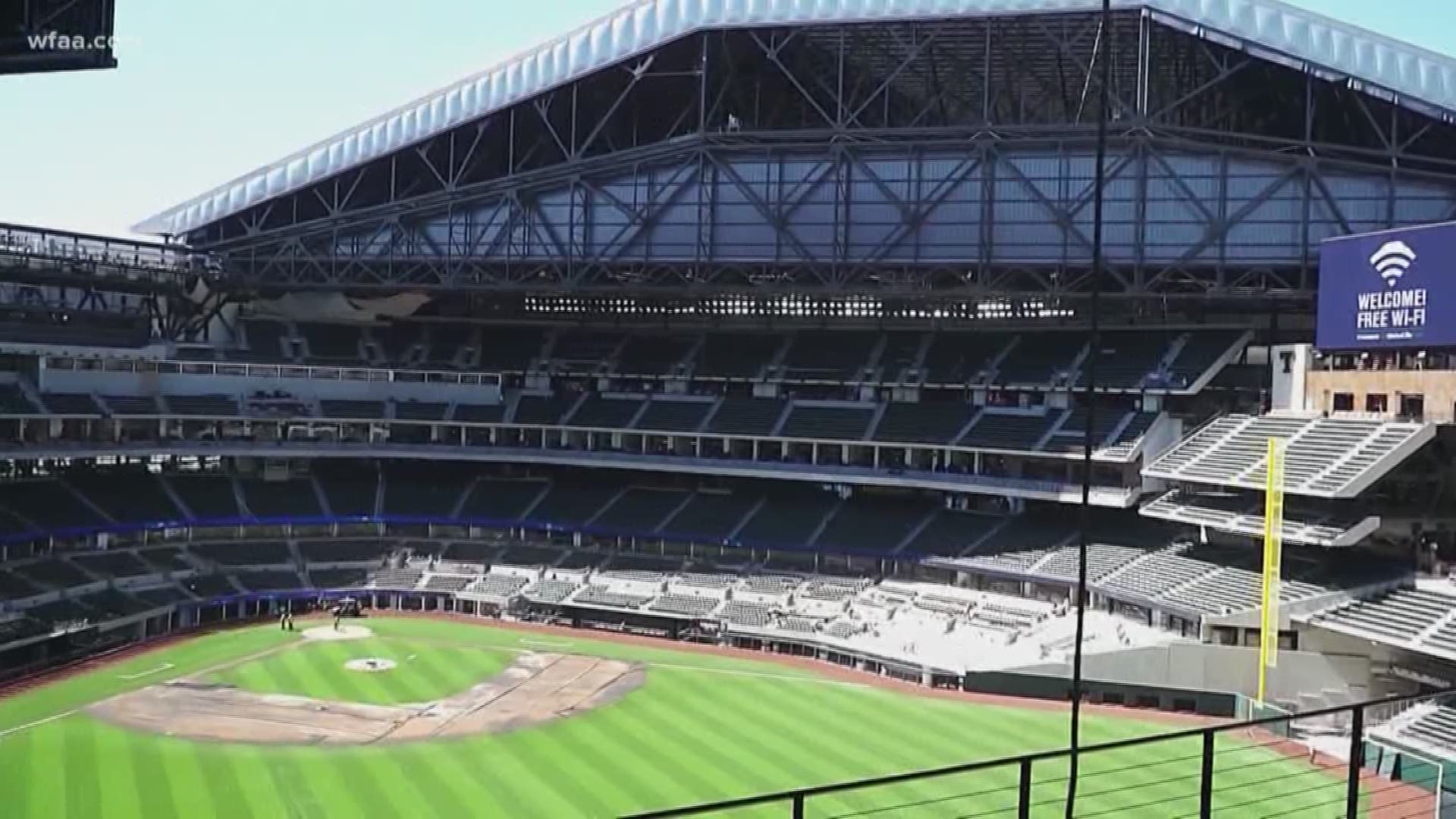 “We’re all dressed up for a party with nowhere to go,” Rangers executive Rob Matwick says.

The homers and highlights will simply have to wait, as Globe Life Field’s debut is in limbo.

The coming-out party for the Rangers new $1.1 billion baseball palace is on hold indefinitely, as the community gets through the COVID-19 crisis.

Monday was supposed to be the night. The Rangers have been scheduled to play the St Louis Cardinals, which would have been fans' first opportunity to see Globe Life Field.

Although it wouldn’t have been the Rangers official home opener, you’ve got believe it would have at least felt like it.

The festivities and food, fans all-in, tailgaters and newbies alike, all opening day staples that would have been out in full force, had the Rangers been able to take the diamond.

RELATED: What oddly-shaped, delicious-sounding food do Rangers fans want at the new ballpark?

“I think this is when it really starts to resonate just because we’re all dressed up for a party with nowhere to go,” said Matwick.

During a media event three weeks ago, Matwick gushed about the new stadium. He’s overseen the production of the 1.8 million-square-foot giant.

It was his job to create something new and different employing the nearly six million man-hours that have gone into the construction process.

Baseball can wait, as we fight the coronavirus outbreak. We all get that. But whenever the time comes the Rangers look forward to showing off their new gem, featuring a retractable roof with an opening more than four football fields large.

“I think people are going to be thrilled with the building, the flexibility to play open and enjoy 5-and-a-half acres of blue sky overhead.”

Major league baseball, just like so many of us, has no real timetable moving forward. But the Rangers are convinced of this about their new 40,000 seat home.

"This facility I truly believe will be one that others are judged by for decades to come,” said Matwick. "We’re looking forward to having our bursts come in to experience that."

And everything good about Opening Day will be waiting.