The Texas Rangers haven’t had the greatest results early, but there have been bright spots that could lead to encouraging developments this summer. 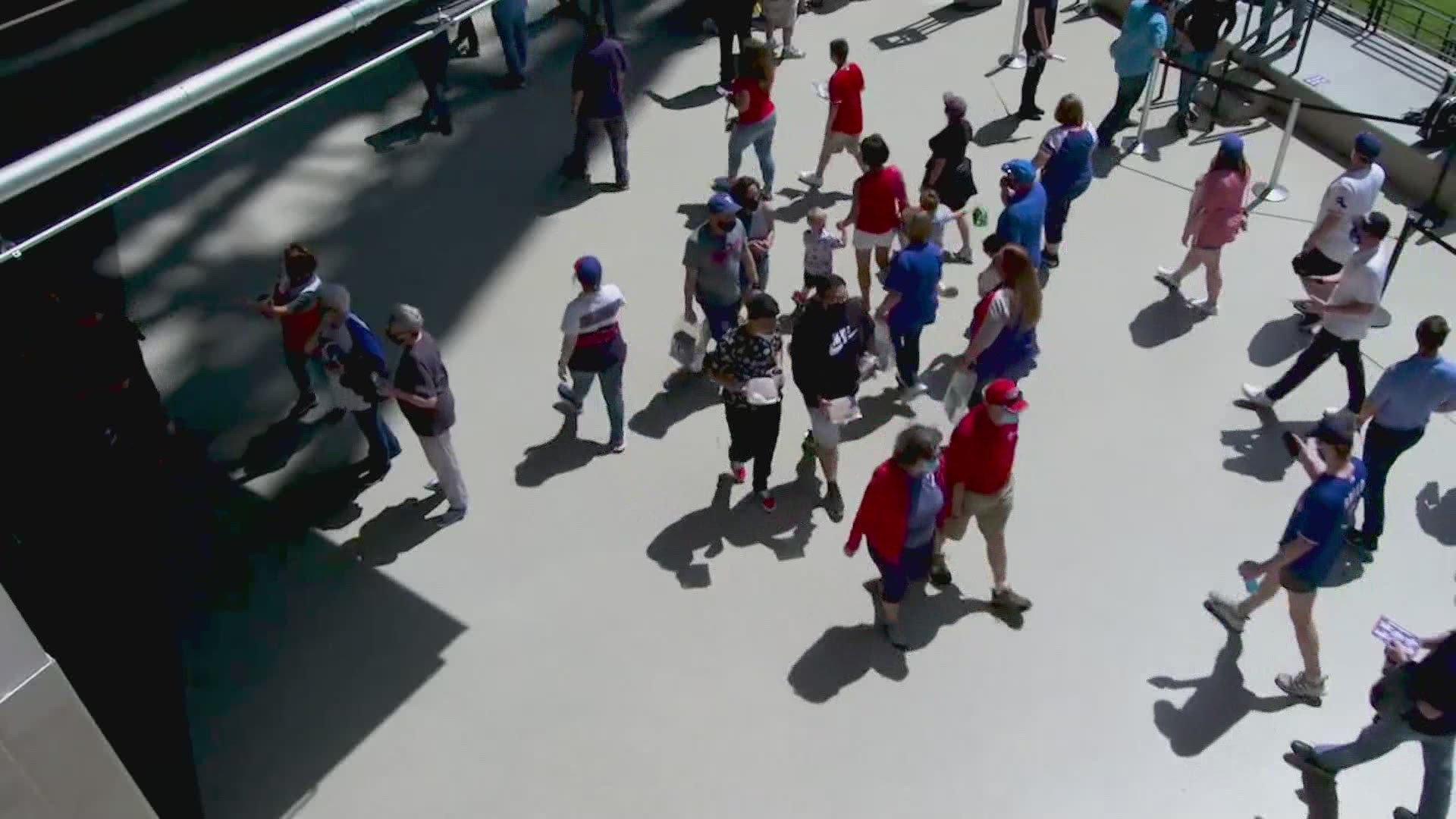 DALLAS — The Texas Rangers are four games into their 2021 season and look very much like the team that finally admitted in the offseason that rebuilding was the way forward. In their first series against the Kansas City Royals, the Rangers were part of a historic Opening Day game in which both opening day starting pitchers failed to make it through two innings for the first time ever.

That’s obviously not the kind of history you want to be a part of to start your campaign, but it’s also not surprising given the low expectations placed on a Rangers’ pitching staff that was already riddled with injuries before a single pitch was thrown this year.

According to @baseball_ref, again, this appears to be the FIRST game in MLB HISTORY in which BOTH opening day starters failed to make it through 2 innings. Congrats everybody!

Though the Rangers were able to pick up a win in Kansas City, the overall performance of the pitching staff didn’t get much better when Texas finally played in front of fans in their new ballpark.

The curtain rose a year later than it was supposed to when the pandemic delayed the 2020 season that was ultimately played without fans. The only bright spot, depending on your perspective, is that the Rangers became the first professional sports team since the pandemic began to hold a 100% capacity event.

The rules, of course, stated that fans had to wear masks at all times, though very few were seen over actual faces as the day wore on. On the field, the Rangers were just as impressive as the fan’s adherence to personal responsibility, coming in on the wrong side of 6-2 score with starter Mike Foltynewicz failing to make it beyond the 4th inning.

It’s never easy being a fan of a team during a rebuild, especially coming on the heels of the greatest decade your team has ever had. Nevertheless, Rangers fans find themselves in a familiar spot. The excitement of a new season is there, but different.

Opening Day is still a hallowed and magical day, but it carried with it the abrupt reality that in many ways, the season for the Rangers has already been defined. Barring an odds-defying miracle, there will be no playoffs this year and there may be more historic firsts that aren’t the pleasant kind of firsts. So, what’s left for fans when so much of this season's story has already been written? The small surprises that can turn into defining moments down the road when this team is back in contention may have to suffice.

This year's first small surprise has been the performance of several young players at the plate. Through four games, the Rangers are averaging just under six runs per game and five Rangers deserve much of the credit.

Off-season acquisitions David Dahl and Nate Lowe have both started extremely well and Joey Gallo, Jose Trevino, and Isaiah Kiner-Falefa have also had equally as impressive starts. After Monday's home opener loss, all five of these players were hitting .294 or higher and Lowe has started so quickly that his 10 RBI leads baseball prior to Tuesday’s action.

MLB RBI leader Nate Lowe with an RBI single. He now has 10 RBI on the year.

There is no way to know if Dahl, who is a notoriously strong starter but prone to injury, or Lowe, will continue their success at the plate. The same can be said for the other trio of in-house developed Rangers who have started the season strong.

While there are positive signs of improvement, the latter trio has also combined for 23 strikeouts through four games. That said, each of these players is still relatively young, with Trevino being the elder statesman of the group at 28 years old. There will undoubtedly be growing pains among this group but that’s what makes a rebuild worth watching.

Will one of the newcomers sustain their early success and cement themselves as a cornerstone for the Rangers for years to come? Will Gallo finally have the season that we have all been waiting for and what will happen if he finally realizes his potential? Will the Rangers capitalize on his trade value and move him for a haul of younger prospects? Will a Gallo trade become the next Mark Teixeira trade that kicks off the next window of contention?

There are plenty of questions that may be answered this year and the hot start from several Rangers certainly adds some intrigue that will be necessary to endure the next 158 games.

While the sample size is far too small to make any bold statements about these strong starts at the plate, they are still a bright spot in what has otherwise been a very forgettable four days of baseball for a team finally coming to grips with the mountain they must climb to get back to October.

It’s going to be a long summer but at least after a few games, there appears to be a few reasons to pay attention.

Who do you think is most likely to parlay their hot start into a successful season? Share your thoughts with us on Twitter @BaseballTX.