Collin McHugh spent six seasons in Houston. He's a free agent and his time with the Astros is apparently over. 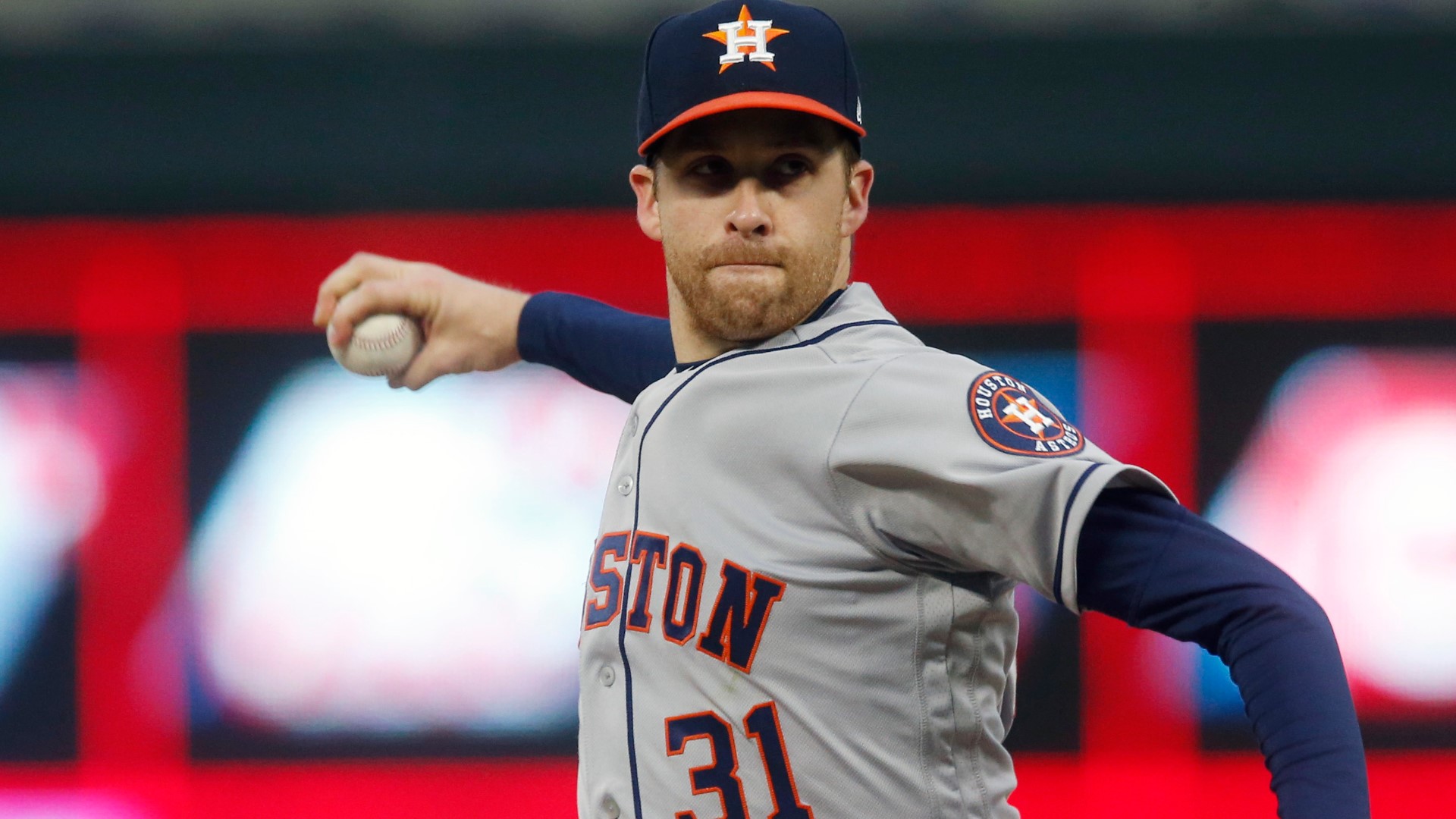 HOUSTON — For the second time in as many days, an Astros pitcher has tweeted an open letter to the city of Houston. On Thursday, it was free agent Gerrit Cole.  Friday, fellow free agent pitcher Collin McHugh tweeted his apparent goodbye.

McHugh came to the Astros in 2014, and was part of the only World Series-winning team in franchise history. For his career, which included six years in Houston, two in New York with the Mets and one with Colorado, McHugh is 58-43 with an ERA of 3.95.

RELATED: It did not take Gerrit Cole long to ditch the Astros hat and uniform last night

RELATED: On the bright side we don't have to hear Juan Soto's age anymore

Below is the full text of his tweets:

"Before 2014, I was a baseball player without a home. A seasonal worker who had put 200,000+ miles on my Honda Accord.  My wife and I had bounced from city to city trying to find a place that would accept us, that would allow us to stay for a while…that wouldn’t send us packing at the first sign of struggle. For years, we thought that might never be in the cards for us.  But in April 2014, we made our way to this special city and it changed our lives forever.  We adopted the Heights as our neighborhood of choice, we made friends with our neighbors, and became regulars at the places we love.  My wife brought 2 incredible boys into the world and we’ve learned how to parent and raise them alongside our Astros teammates and their kids.  The 6 years we spent in Houston have been the best years of my life.  Not without its fair share of heartache and struggle, but also full of joy & celebration.  I’m so grateful to have played a part in something that people in Houston will remember for the rest of their lives. Baseball is only as important as its ability to bring people together, and the collective joy that these Astros teams have brought to this city has made all the hard work and long hours feel worth it. My dad was diagnosed with stage 4 prostate cancer in 2014, so his battle with the disease has been interwoven into my time here as well.  He’s spent time in Houston both as a proud father and a struggling patient at MD Anderson. The way the Astros and the people of this city have treated he and my mom will be a debt I cannot repay.  You all lifted him up when they needed it most, and you made their lives richer by being here.  Houston may get a bad rep from those who don’t know her well.  But a city this diverse, this beautiful has my heart and won’t let it go.  We have no idea what the future holds and if we will ever be back here to live.  But if our time here is at an end, I want to thank you.  Thank you for accepting us, and know that it’s been an honor to represent you to the world for these last 6 years."