Astros shortstop promised to hit a home run for Jalen Garcia before Game 2 of the ALCS and delivered a walk-off shot. 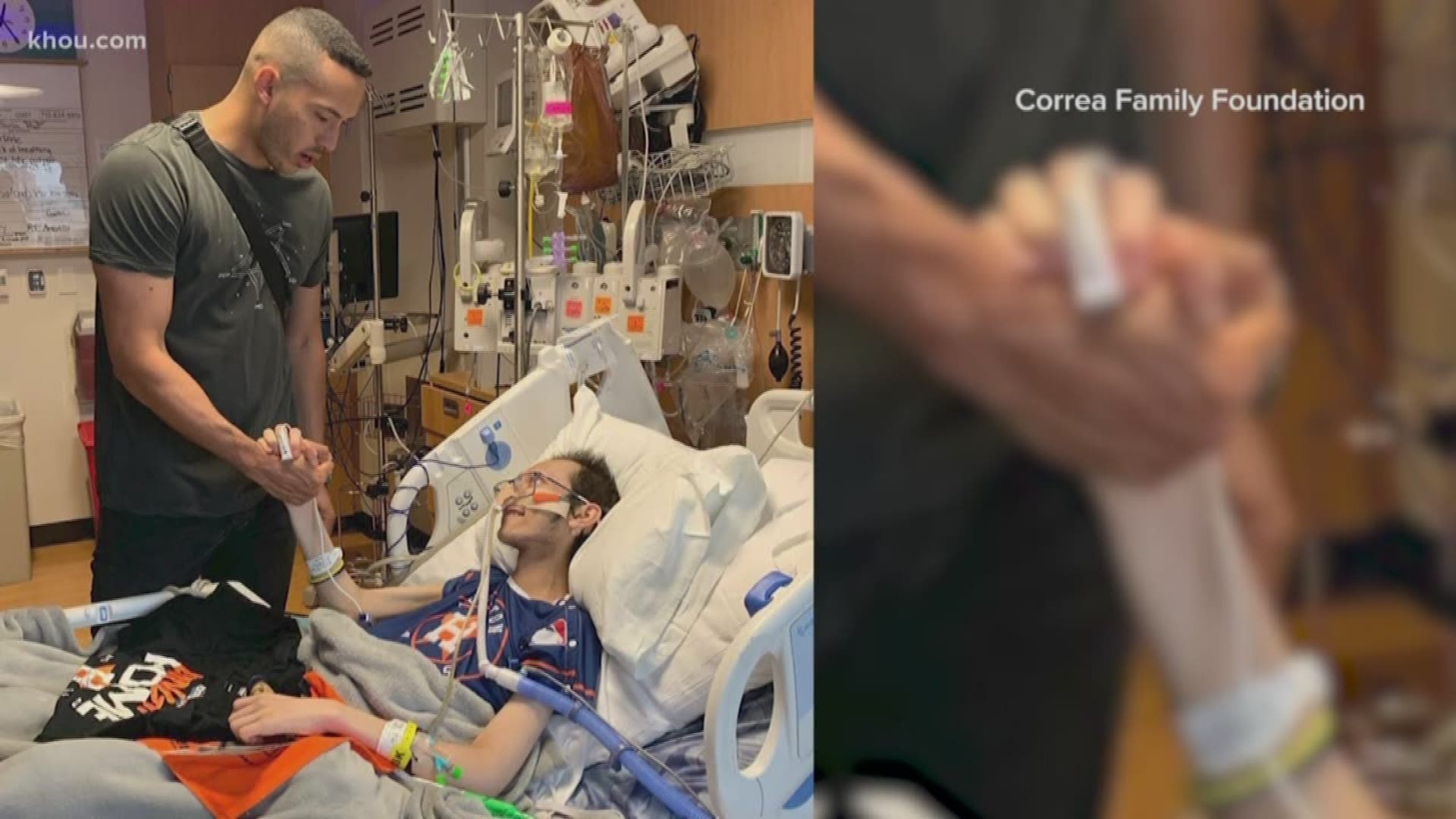 HOUSTON — EDITOR'S NOTE: The video above is from KHOU 11 News' interview with Jalen Garcia on Oct. 15.

A 17-year-old Laredo teen, who Astros star Carlos Correa dedicated a home run to in the MLB playoffs, passed away Thursday morning, according to his hometown newspaper.

Jalen Garcia was being treated for bone cancer at MD Anderson. His mother announced his passing on Facebook, the Laredo Morning Times reported.

Garcia is from Laredo like Correa’s wife Daniella Correa Rodriguez.

She posted to Instagram the sad news Thursday morning:

"Woke up to heart breaking news💔 Before meeting Jalen I thought we would change his life, we would have a huge impact on him, that we would bring happiness to his life. As time went by I realized that he was having all these impacts on MY life. I told Jalen many times how special he was to us and how he has changed my life because I needed him to know that. It was an honor and a privilege to have become Jalen’s friend. I was so happy that we were able to spend time with him and his parents on our wedding day. I know when I whispered to him he heard me ❤️ Jalen you will forever be our hero and now our sweet angel. I will make sure your legacy lives forever. #JalenStrong Please keep Jalens family in your thoughts and prayers 🙏🏼"

During the AL Championship Series, Daniella and Carlos surprised Garcia at MD Anderson. During the visit, the Astros shortstop made him a promise.

It took 11 innings, but Correa delivered with a walk off home run in Game 2 of the ALCS at Minute Maid Park. The Astros went on to win the series against the New York Yankees, 4-2.

The teenager watching from his hospital bed knew who the game-winning run was for.

“He gave that moment to me. It makes me feel special,” said Garcia.