What a moment: Fans, players at World Series stand up to cancer

Between the fifth and sixth innings of Game 4, fans, players, coaches, umpires and broadcasters stood with signs about who they're standing for. 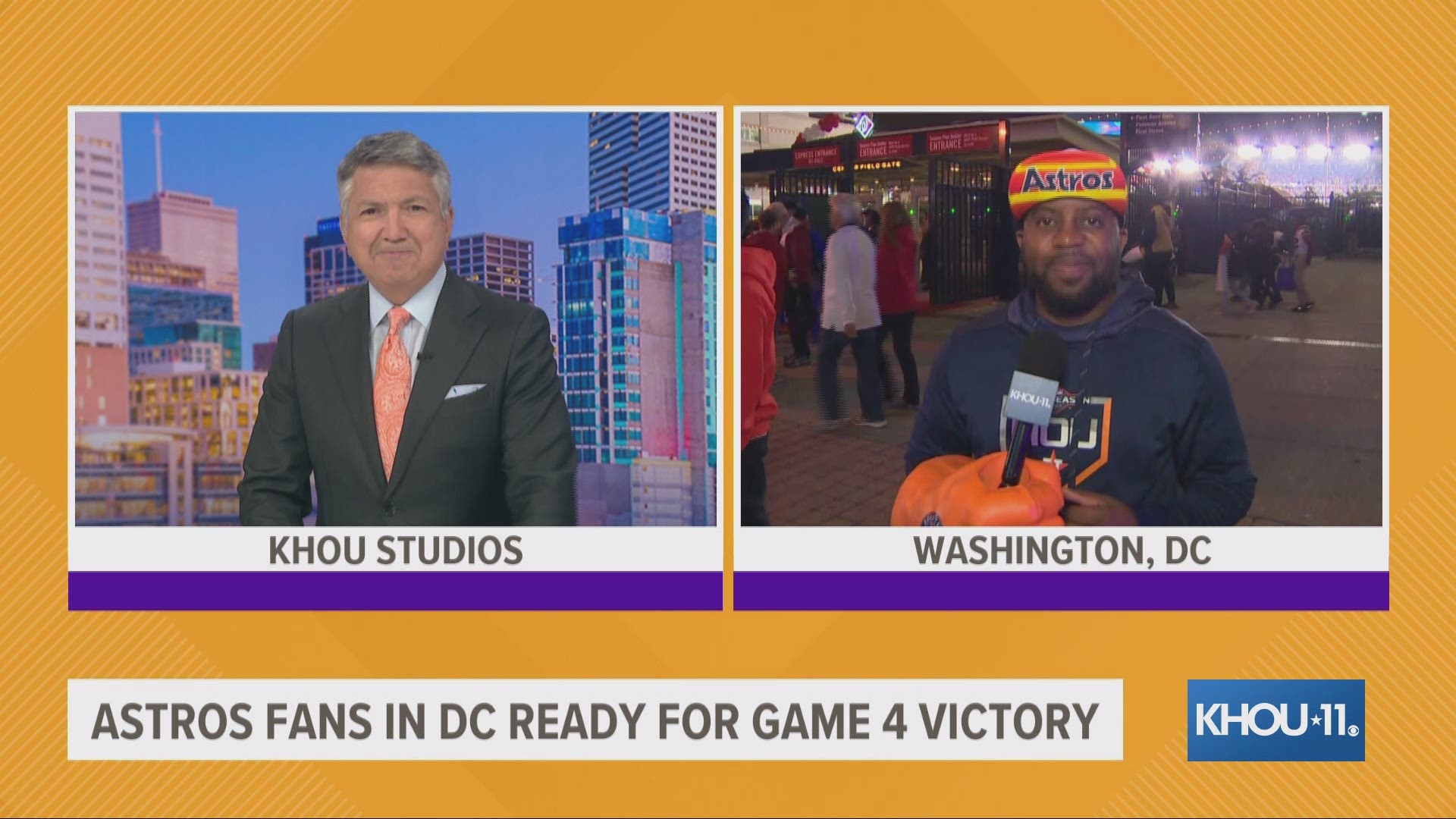 WASHINGTON, D.C., USA — Regardless of the World Series outcome, Nationals and Astros fans will remember a special moment from Saturday night.

In between the fifth and sixth innings, everyone around the ballpark joined together to raise awareness for the cancer-battling organization Stand Up To Cancer.

The organization and Major League Baseball have been partnered for a long time, but this was a first in terms of putting it front and center during such a prominent moment.

According to a tweet by Stand Up to Cancer, it was meant to be a "moment honoring those we Stand Up for." The placards say "I Stand Up For" and then fans were able to write in someone's name.

Fans shared their photos from Nationals park, as players, broadcasters and the whole crowd rose to their feet for the moment.