Will Minute Maid Park's roof be open for the World Series? 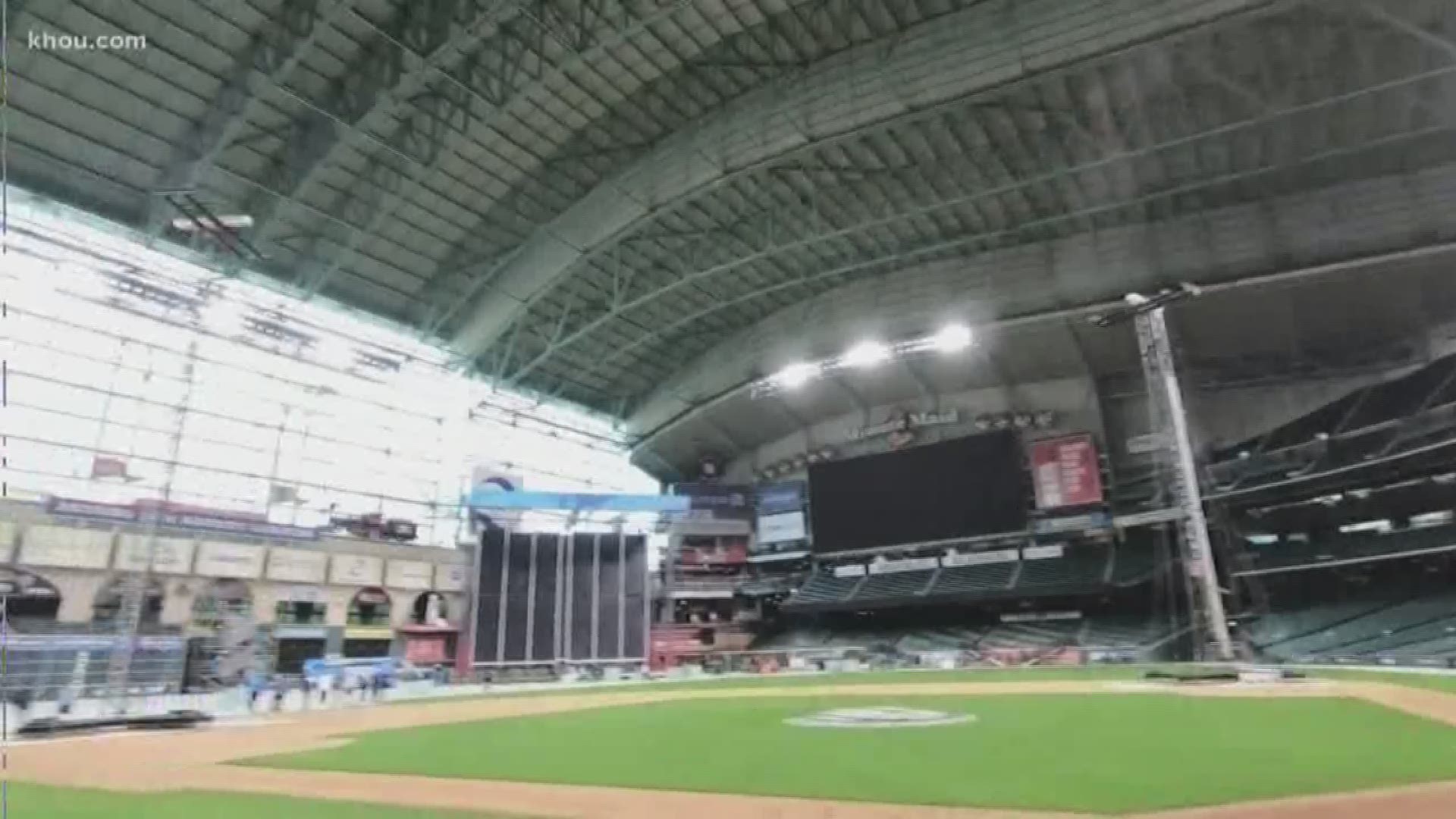 HOUSTON — *Editor's Note: The above video was originally published Nov. 6, 2018*

It's the question Houston Astros fans -- heck, baseball fans everywhere -- are wondering: Will the roof at Minute Maid Park be open when the 'Stros take on the Washington Nationals for the 2019 World Series?

We have an answer -- but first, a history lesson.

Back during the 2017 World Series when the Astros took down the Dodgers, the roof was never open. Same for the 2017 ALDS and the ALCS.

In 2018, the 'Stros faced the Indians and the Red Sox and the roof wasn't opened once during the playoffs.

The roof hasn't been open once in the 2019 post-season, either, and was only open for seven games this season.

In fact, the last time it was open during the postseason it was for those infamous 2005 World Series games, despite the Astros' -- and very vocal fans' -- requests otherwise. ("Close the roof! Close the roof!")

In the old days when Bud Selig was in charge of baseball, there was a hard and fast rule that if it was hotter than 82 degrees, the roof would be closed, but these days that's really more of a guideline.

The Astros' roof policy, as reported by MLB.com’s Brian McTaggart in 2014, is:

On the current five-day forecast, Tuesday will see lows in the 50s and highs in the upper 70s with much lower humidity. Wednesday is expected to be another beautiful day with mostly sunny skies.

So will the roof be open?

Whether or not the roof is open could make a difference as to who wins. According to MLB.com, here are the ground rules regarding the roof:

So in the end, it's ultimately the MLB's decision, but the Astros organization does have input.

And on Monday afternoon, the Astros said officially that the roof will be closed for Games 1 and 2.

Which just means that the Juice Box will be extra loud as we #TakeItBack!