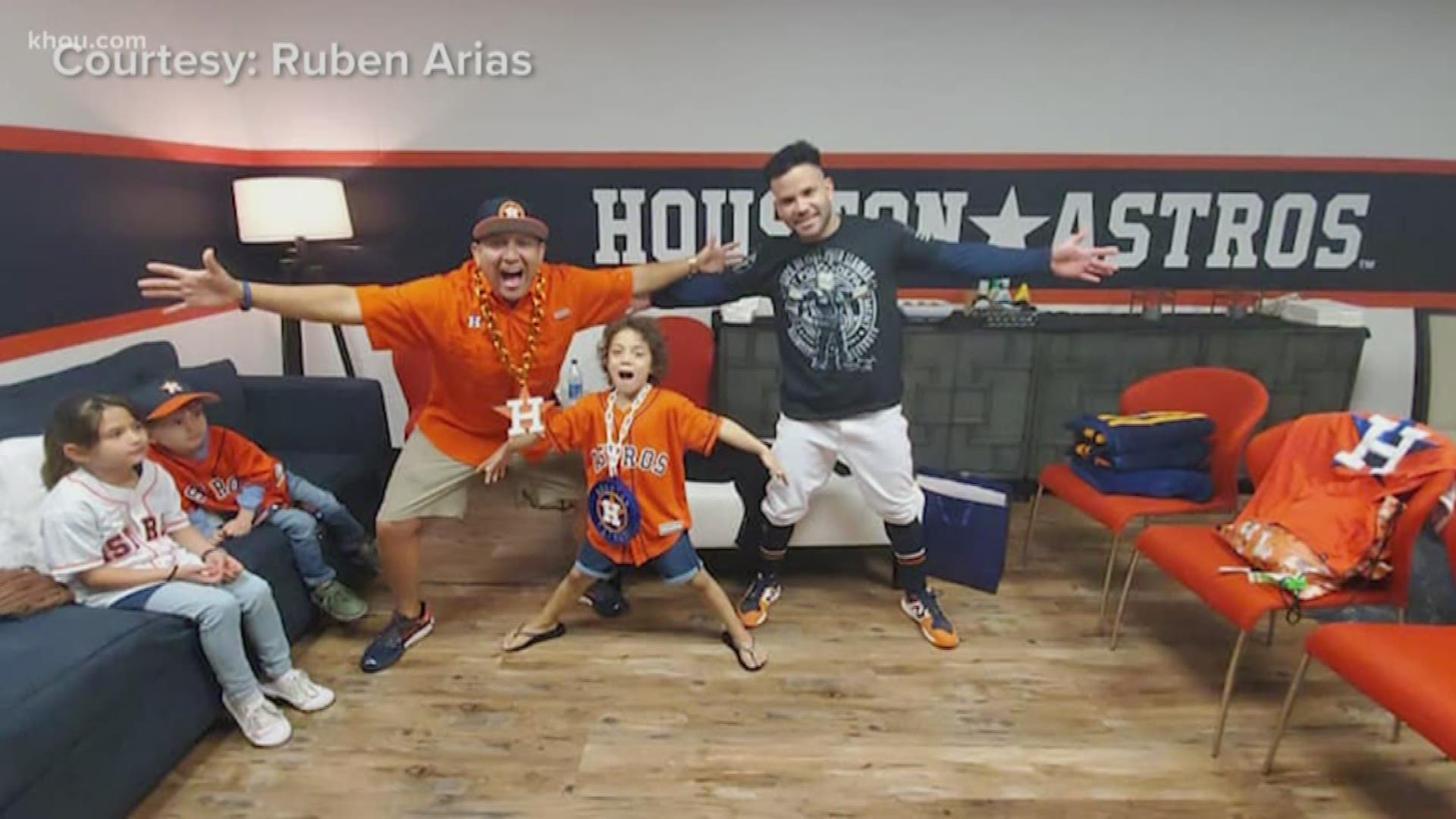 The Freeport Police Department posted the following message to its Facebook page:

"The Freeport Police Department wishing our Astros good luck as they go after the World Series title. Our Officer Abigail has been invited to meet her hero Jose Altuve before the game tonight. Yay Abigail and Go Stros! 👍🏼🙏🏼⚾️💪🏼 "

And Altuve made it happen.  The video above is unedited from Officer Arias' Facebook page, posted with permission of her family.

KHOU 11 Sports Anchor Jason Bristol caught up with Abigail before she entered into Minute Maid Park to watch Game 1 of the World Series and asked her about what she talked to Altuve about.

"I told him, that Altuve, please make a home run for me," said Abigail.

Abigail was only six years old in February 2019 when she was made an honorary officer in Freeport. The little girl, who suffers from cancer in both lungs, said her dream was to become a police officer. So Freeport police made that dream a reality.

Since then she's received prayers, kind words of support and gifts from around the world.

She started a foundation to help other children suffering from cancer, and she received an invite to visit the White House.

Last Wednesday, her father asked the public for continued prayers after learning the tumors in Abigail's lungs have continued to grow.