How to spot a fake World Series ticket

There has been a spike in the sale of fake tickets since the World Series started. 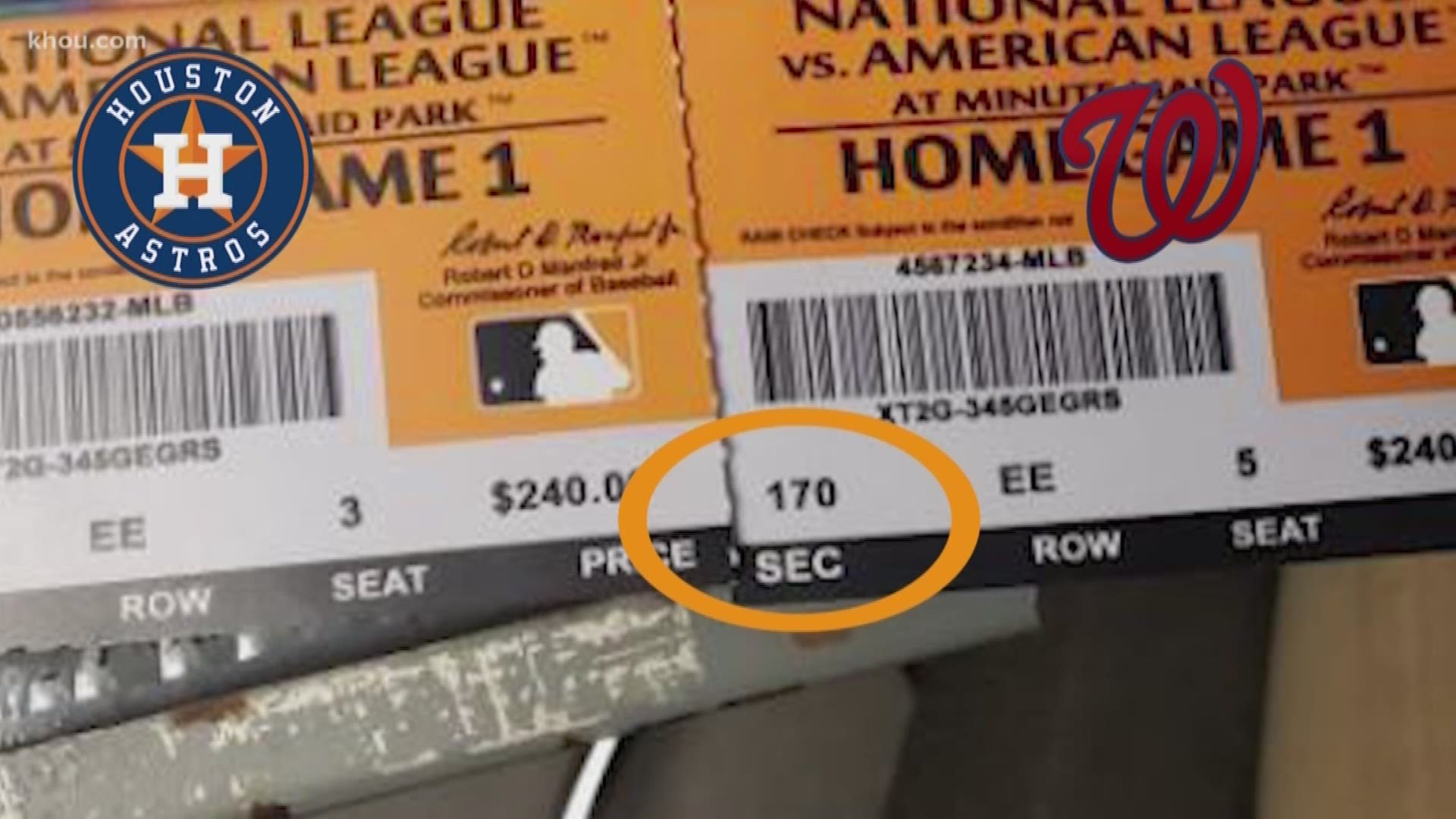 HOUSTON — As the World Series returns to Houston for Game 6 (and possibly Game 7), the city's office of Homeleand Security Investigations is warning the public to beware of buying fake tickets and apparel.

There was a spike in the sale of counterfeit tickets during the first two games of the Fall Classic.

“Baseball fans won’t be able to celebrate being a part of the action if they buy fake World Series tickets,” said HSI Houston’s Assistant Special Agent in Charge Richard Halverson. “During major sporting events, criminals routinely prey on consumers by selling counterfeit game tickets and merchandise to unwitting fans. These criminals take advantage of celebrating fans who let down their guard.”

Officials said the best way to ensure you're buying a real ticket is to purchase them through the official MLB website or through an authorized ticket broker.

They said buying tickets off the street, at flea markets, online auctions or other questionable sources could be costly.

Here are some things to look for:

RELATED: Bud Light sends fan who took home run to the stomach to Game 6 in Houston

RELATED: Astros fans to Justin Verlander: You can do it! #TakeItBack

Here's a look at some fake tickets: